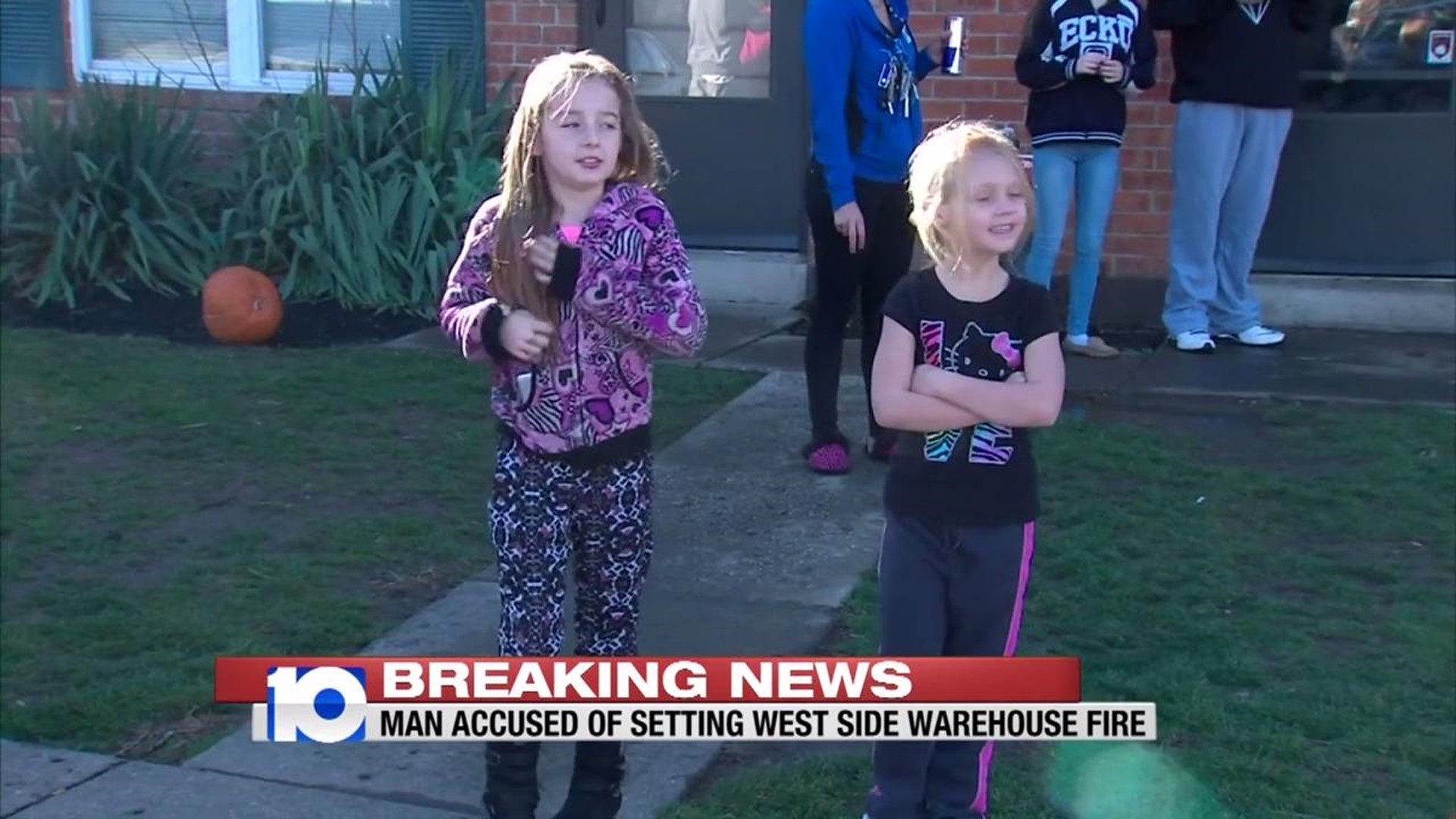 Officials have announced they have a suspect in custody who admitted to authorities that he started the fire on Fisher Road.

Columbus firefighters will remain on watch at the scene of a massive warehouse fire that began early Monday.

Leaders at the Columbus Division of Fire said this is one of the largest fires in the history of the city.

It took more than four hours and 75 firefighters to get the fire knocked down at the warehouse on Fisher Road.

Firefighters have thrown more than 30,000 gallons of water on the fire which flames shot up to 100 feet into the air.

Officials said the warehouse was full of cardboard and pallets which only fueled the fire.

Part of the warehouse has collapsed and most of the roof is gone.

There were no reports of anyone inside the building at the time of the fire.

Crews were able to maintain the fire so it did not spread to a nearby horse farm and apartment complex.

Firefighters said investigators may not be able to access the building until Tuesday to start sifting through the debris to figure out the cause of the blaze.

As a result of the fire, Columbus Preparatory Academy and North Franklin Elementary School were closed for the day.