Water rescue crews were called to a pond in New Albany on Tuesday afternoon. 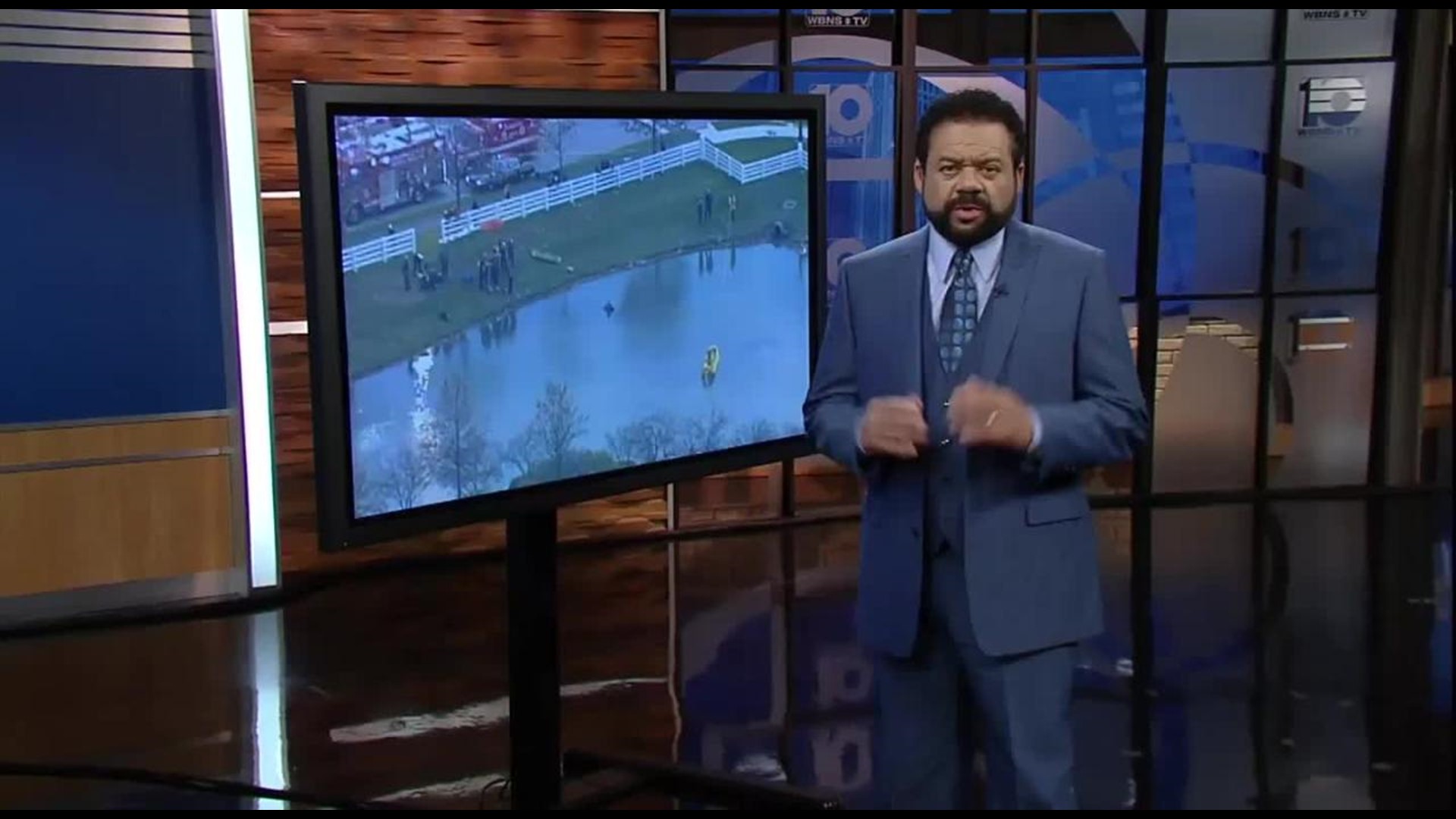 A worker hired to dredge a series of ponds in New Albany is dead after drowning in a diving accident.

Firefighters have not yet released the worker’s name but say he was in dive gear for the job at Discover Financial Services on New Albany Rd. when he somehow got stuck underwater.

Firefighters tell 10TV the man was working for US Aqua Vac, a Chicago area-based company that goes nationwide cleaning out ponds.  "We got the call as a diver missing in this pond," said Assistant Fire Chief Jack Rupp with the Plain Township Fire Department.

Rupp says the diver had been working in tandem with another US Aqua Vac employee.  He says the diver who drowned was underwater longer than expected and lost contact with his co-worker.  "He went over his time limit. The gentleman that was tending to him, his spotter, saw the bubbles stop,” Rupp said.

10TV looked into US Aqua Vac and found the company has an A-plus rating from the Better Business Bureau.  However, newspaper reports from Illinois show the company lost another diver to a drowning in 2009.

It is unclear what caused Tuesday’s accident in New Albany, but Rupp says the men had been working there since early October cleaning the ponds.  He says the dredging process kicked up dirt and sediment that made it difficult to find the diver.  "You probably can't see more than a foot or foot and a half into the water from the surface so they're working totally blind,” Rupp said.

About an hour after receiving the 911 call, rescue squads found the man and pulled him from the water.  By then, it was too late.