Zanesville native earns a golden buzzer with her golden voice

Jane Marczewski, who goes by Nightbirde, performed on America’s Got Talent Tuesday night and shared her cancer journey. 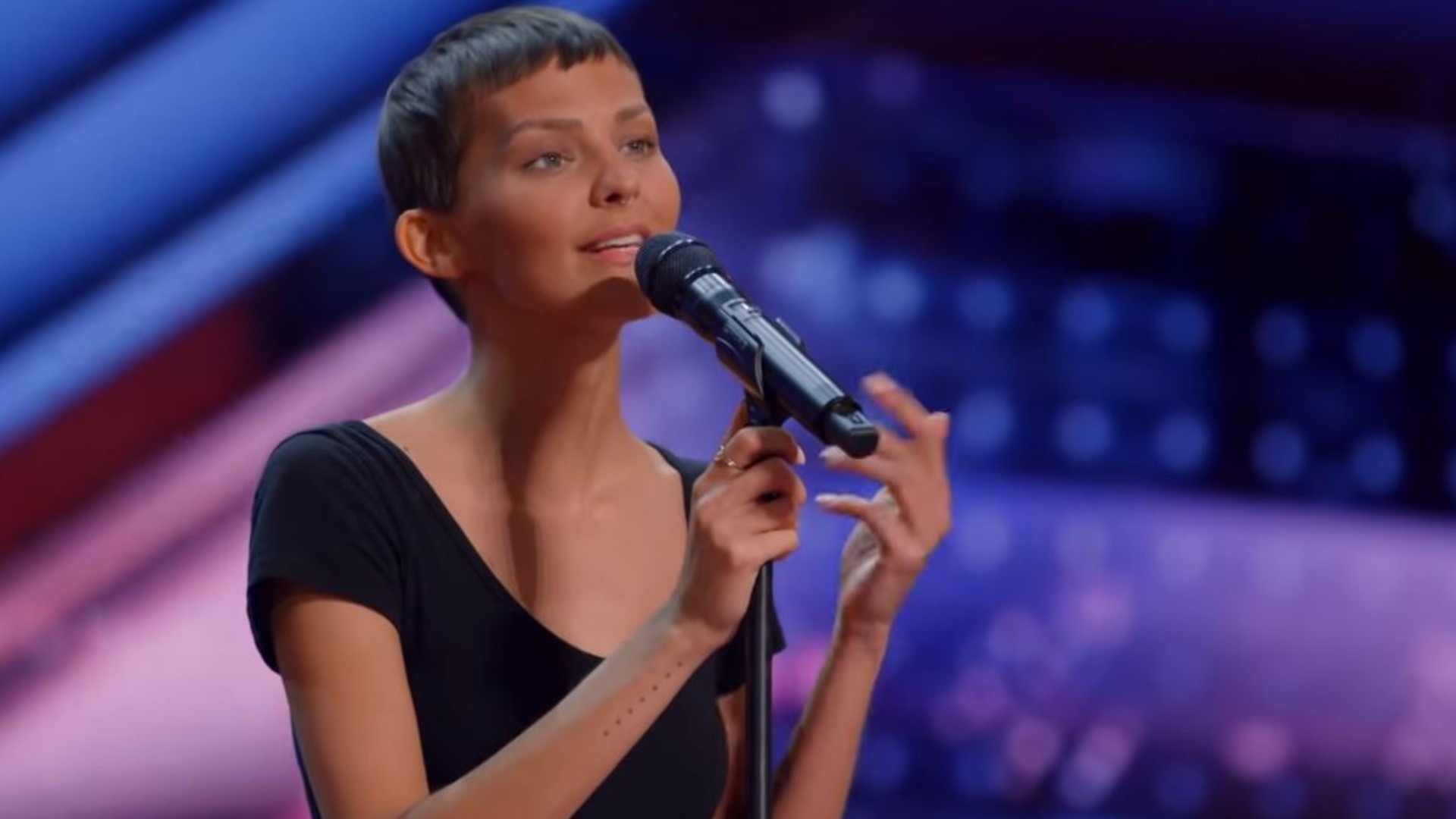 ZANESVILLE, Ohio — Jane Marczewski’s dream of being a singer started when she was a little girl in Zanesville, long before she took on the name Nightbirde.

She always like to sing, but it wasn’t until she took the “stage” at the Colony Square Mall to compete in Y-City Star that she let her parents in on her future plans. She was just 11 years old.

“After I performed in that competition, that’s when I started vocal lessons and learning guitar, and that was the catalyst for real,” she said.

That catalyst eventually led her to the stage of America’s Got Talent, where she performed her own song.

“A lot of people think that, in order for people to like and love you, then you have to muster something up and be more than what you are, and it’s taken a lot of time for me to learn the lesson that, all I need to do is be myself and tell my own story and sing with my voice and not wish that it was more or different or better,” Nightbirde said. “So it’s amazing to be able to stand there and sing my song, my words, my way, and to be received with so much love and support and encouragement.”

And she received a lot of encouragement from the AGT judges, despite one scary moment. Simon Cowell announced he would not be giving her a ‘yes’ vote before deciding to press the golden buzzer, which sends her straight to the live semi-finals.

“That moment is something I will never forget,” she said. “It happened in slow motion, and I was the only person that existed in the whole universe, and it was really indescribable.”

Tuesday night, Nightbirde watched that moment surrounded by friends and family back in Ohio. She says she was so happy to let everyone in on the secret she’s been keeping since the taping back in April.

“It’s such a relief that the news is out because there were times I thought, did that really happen, because nobody knew about it, and it was obviously such a dreamlike experience already, and now it’s finally starting to feel real,” she said.

Nightbirde spent much of Wednesday doing both local and national interviews after barely any sleep. The video of her performance has gone viral, being shared all across the country. It’s making many in her hometown proud.

“When I watched the video, it’s just so moving to see one of our own, and hopefully she’ll continue to go on and do well,” said Zanesville Mayor Donald Mason. “Her voice is amazing. Her story’s even more amazing. Her bravery. It’s just a very touching video.”

Part of what touched many was Nightbirde’s story of her cancer journey. She told the judges she has cancer in her lungs, spine and liver. She said she has a 2% chance of survival. But she told 10TV Wednesday that she recently completed more cancer treatments, and that her doctors are hopeful.

“I’ve been through a lot of hard stuff through the last couple years, and a lot of times, you struggle through that stuff inside yourself, trying to make sense of hard things that happen and trying to be okay and trying to be happy, and anybody who’s going through a hard time feels alone and feels lost, and for me to be able to express those feelings and have so many people say, oh, me, too, I feel that way, too, it kind of redeems everything,” she said.

“Everything bad that happened, it’s like I was able to cash it in for something better to inspire the world, and it’s such an honor to do that.”

Now, she’s planning to spend the summer in Ohio before heading back to California to compete in the semi-finals. After that, she’s ready for wherever the journey takes her.

“Put me anywhere where people will gather to hear me sing, and I’m there,” she said. “I’ve got so much I want to share, so many songs and stories, and I’m really proud of them, and I hope that the world continues to open itself up to me to do that.”