Rumpke Waste & Recycling says it's down about 20 drivers and is in the process of hiring more, but that takes time. 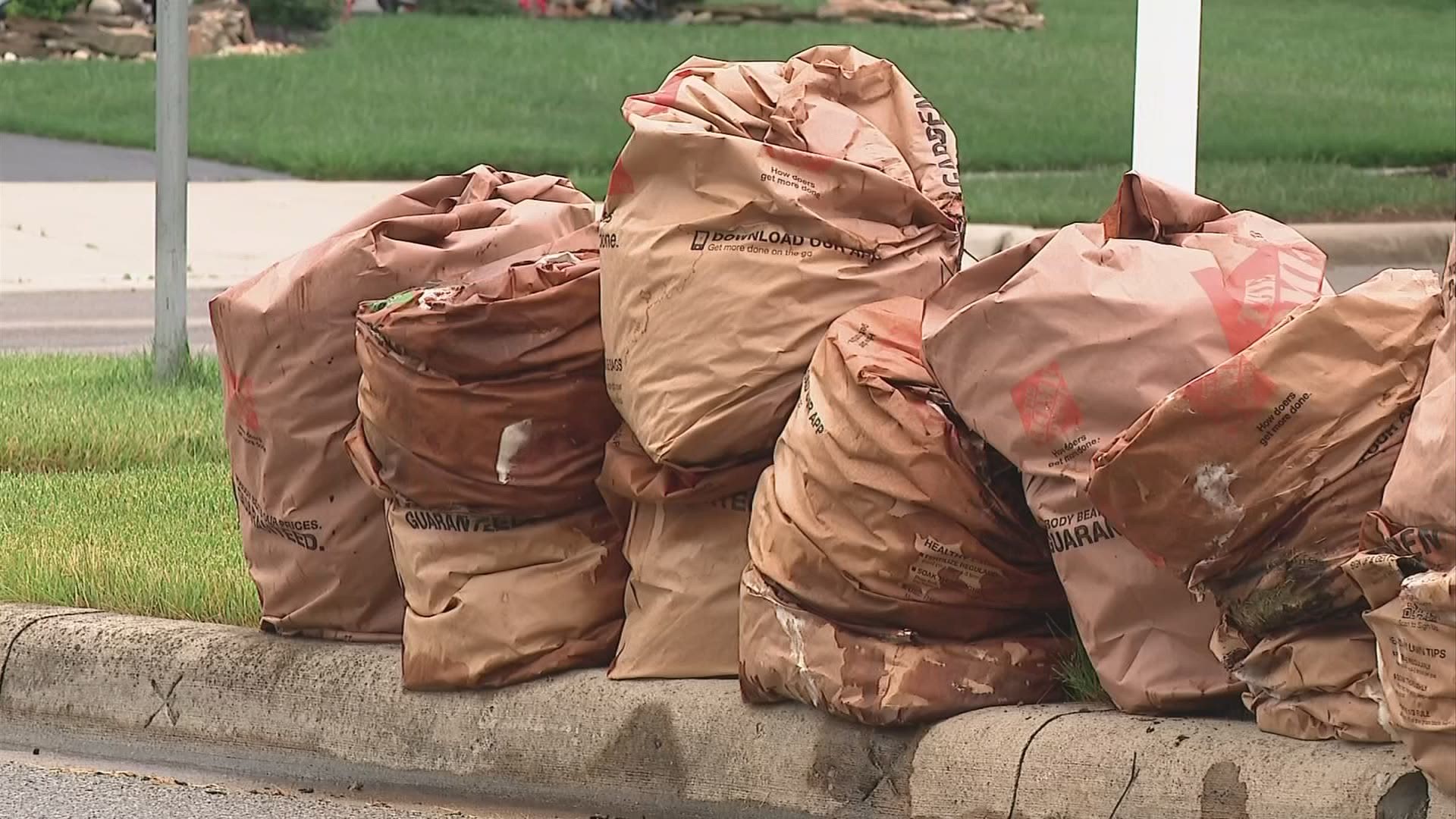 COLUMBUS, Ohio — A trash and recycling company is missing collections due to what it says is a labor problem, and central Ohio residents are taking notice.

Rumpke Waste & Recycling says it's down about 20 drivers and is in the process of hiring more, but that takes time.

“We actually don’t have a trashy neighborhood, but it has been trash, out of our control,” said Henderson.

Three and a half miles away, Melissa Keodouangdy of West Columbus is forced to store her six bags of yard waste under her carport because she says Rumpke hasn’t come by to pick them up.

“We’ve been collecting them since March,” said Keodouangdy.

The city of Columbus was able to reduce the amount of money it pays Rumpke to pick up city yard waste by thousands of dollars.

The city says it’s tracking the missed collections but encourages residents to call the 311 hotline to leave a complaint so it can verify the address.

If it's verified that Rumpke missed collection at an address three times in a year-long period, Debbie Briner with the Columbus Department of Public Service says the city adds it to a "hot spot" list.

"Then if a collection is missed again on a hot spot address during that period, the city may assess a reduction in service charge to Rumpke," said Briner. "The charges are taken as a credit against Rumpke’s monthly billing to the city."

Rumpke says it’s brought in drivers from as far out as Lima to help with yard waste pick-up, it even expanded hours for Saturday pick-up.

The company says, because its drivers require a CDL license, drivers cannot drive for more than 60 hours in 7 days. After working the 60 hours, drivers must wait 30 hours before they can drive again.

Rumpke says the company is offering a hefty sign-on bonus for CDL drivers and trainees in an effort to reel in more employees. Those interested in applying can do so here.

You can file a complaint here.

You can review Rumpke's contract with the city below: