In a video recorded by a Worthington parent, a man and woman attending the meeting were both seen raising one arm in the air, in what appeared to be a Nazi salute. 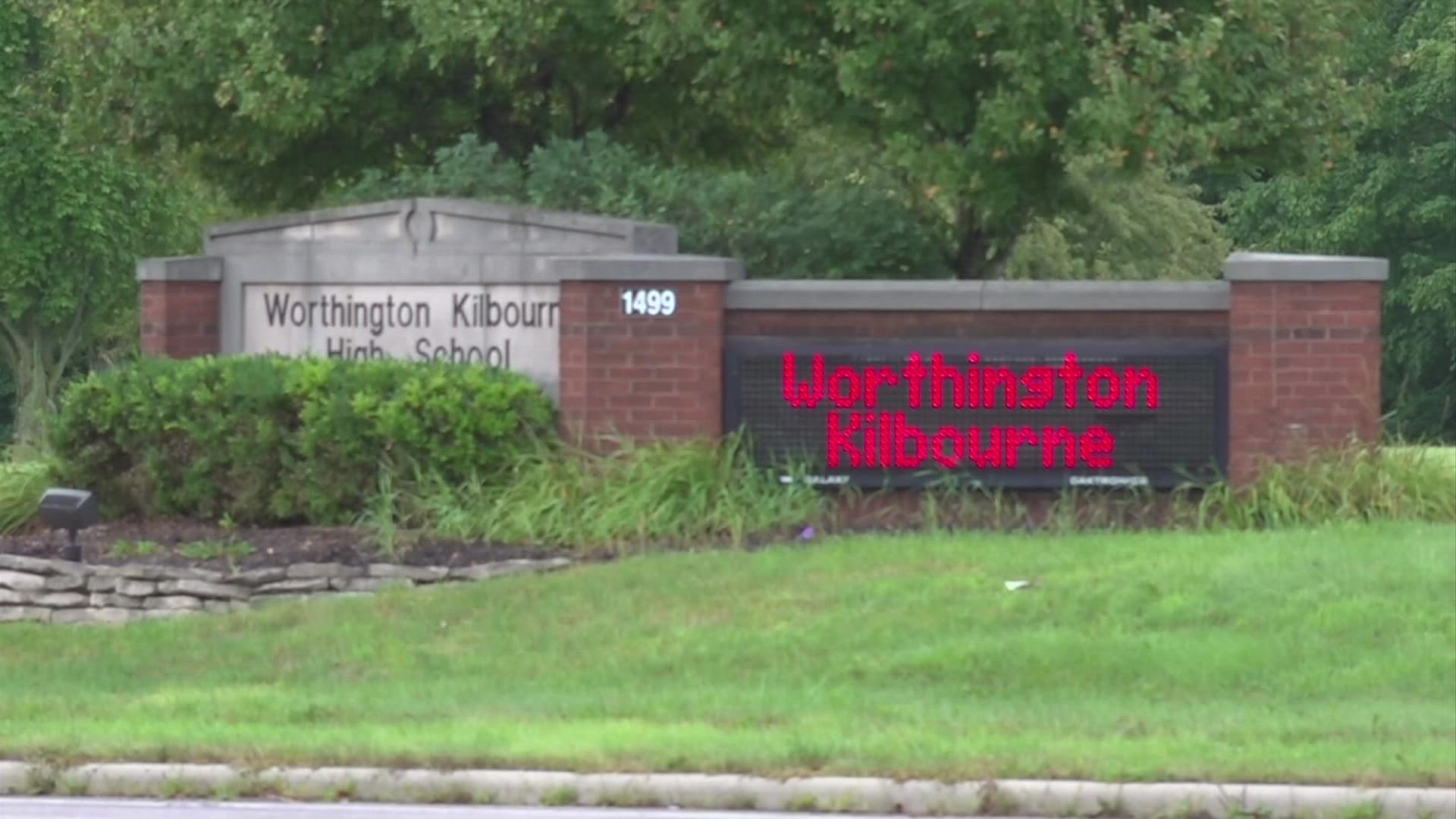 WORTHINGTON, Ohio — Worthington's school board meeting had to pause shortly after it began Monday because some people weren't wearing masks.

One woman told 10TV the disruptions went even further than that when a woman and a man were believed to be spotted giving Nazi salute symbols.

Marcia Edwards, a mother who was at the school board meeting, recorded the gestures.

Edwards told 10TV the room was tense even before the meeting started. Several people didn't have on masks and were being disruptive.

Worthington Schools requires everyone to wear a mask inside its facilities.

"Something in me was like this is going wrong and you should start recording,” Edwards said.

In the video recorded by Edwards, a man and woman attending the meeting were both seen raising one arm in the air, in what appeared to be a Nazi salute.

“They made the Nazi salute. It's horrible. There's no reason for anyone to make that gesture, I mean, to me it just spells hate,” Edwards said.

"It's not how you act in a community," Edwards said. "It's all about kindness and respect and that was nothing even close."

The school district did address the gestures in a newsletter to parents and in a message posted on the district website:

"We, as a community, may differ in our opinions. However, there is no compromise on our expectations that as a community, we will be civil, respectful and not hateful in our behaviors toward one another.

What we witnessed at the 9/13 Board Meeting was unacceptable and not representative of our inclusive community that is Worthington. Any Nazi symbolism belittles the horror and the atrocities faced by the Jewish community during the Holocaust. It also minimizes the 6 million Jewish lives murdered as well as the 5 million others who were killed by the Nazis. Any Nazi symbolism has no place in our community, in our schools, or in our school board meetings.

In Worthington, we support, affirm and celebrate our diverse community."

We have been unable to identify the people in the video to reach for comment.