“If you would have told me that my life would look like it does today eight and a half years ago, I would have called you a liar,” Burton said. 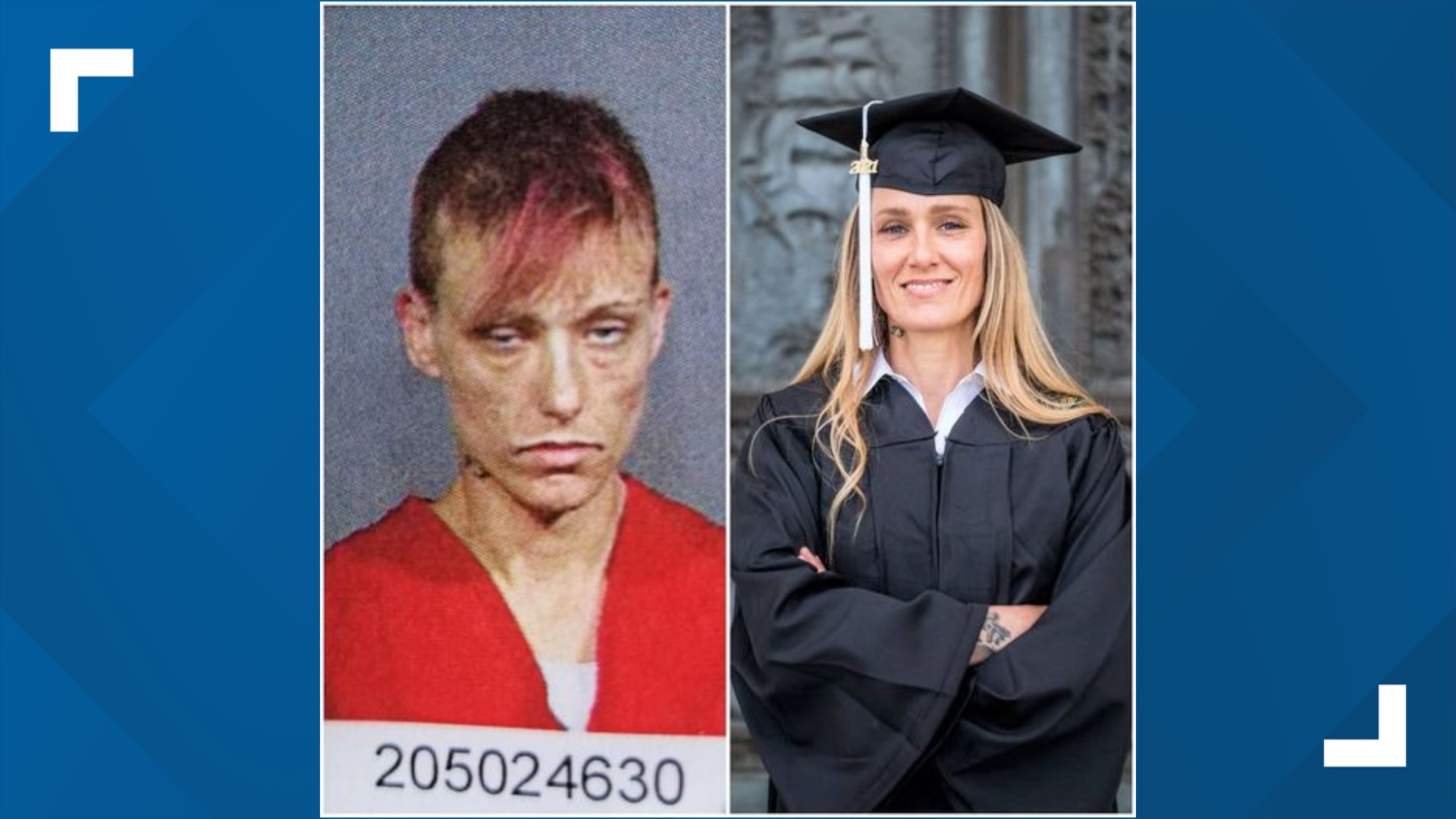 COLUMBUS, Ohio — What is it they say about a picture being worth so many words?

“If you would have told me that my life would look like it does today eight and a half years ago, I would have called you a liar,” Burton said.

At six years old, Burton says she was introduced to marijuana by her mother. At the age of 12, she says she got into methamphetamine and cocaine. By 14, she was smoking crack and getting blackout drunk.

She was in and out of juvenile hall. She was incarcerated three times, including twice with her mother.

It’s hard to believe, she knows, but all the while she wanted to stop using.

“I’ll be really honest with you I didn’t care whether I was killed, whether I successfully committed suicide or whether I went to prison,” Burton said. “Any one of those options was just fine for me because I just wanted to stop and I couldn’t stop on my own.”

It was a vicious cycle until eight years, five months and 27 days ago.

“It’s the longest I have ever been clean in my entire life,” she said.

How about that for motivation? I honestly thought I'd die on a park bench with a needle in my arm or by gunshot to the...

Next week, Burton will graduate with her bachelor’s in political science. She announced her achievement on Facebook and from Rochester, Washington, nearly 2,500 miles away in Ohio, her message hit home.

Chief Meyers says he knows the struggles of addiction. He and his officers see it every day. All the more reason, he says, to share Burton’s post.

“Anytime we can get a message out to folks, especially with something we’re succeeding on here and getting treatment and letting folks know that it’s OK to have bad days and you can do better yourself,” he said.

“I think it’s amazing and I think it’s beyond me,” Burton said. “I think that apparently the world needed to see some hope.”

Her post has been shared by thousands of people and has reached as far out as the Middle East, Switzerland and Spain.

Messages are pouring into Burton’s inbox from former and current addicts, thanking her for having the hope and perseverance to keep going.

Burton has already been accepted to the Evans School of Public Policy in Seattle, where she says she wants to change the prison system.