A woman was hit by her own car on Hudson Street during a carjacking Friday morning, according to Columbus police. 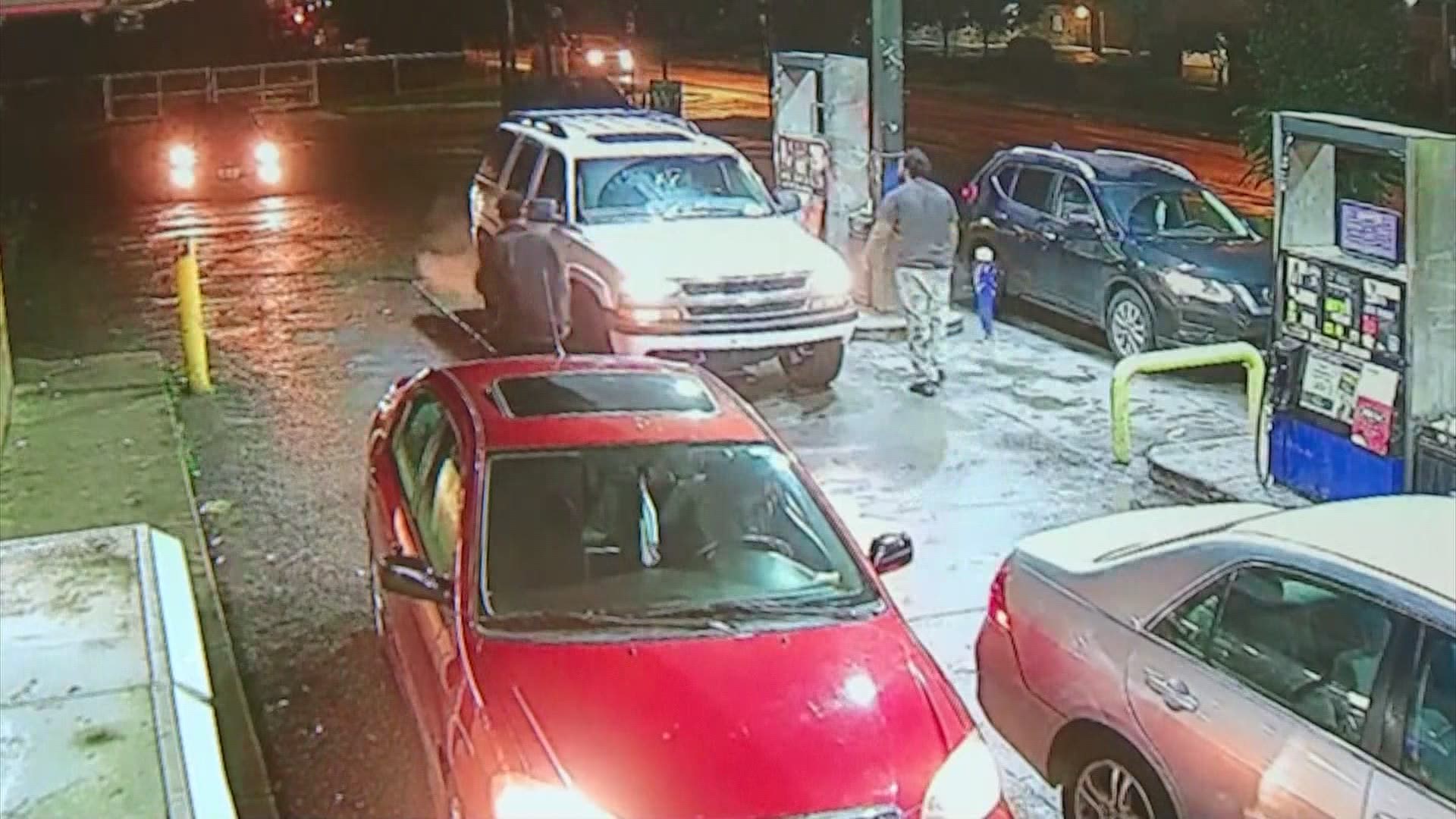 COLUMBUS, Ohio — Columbus police are searching for two men they believe are connected to a carjacking at a Columbus gas station earlier this month that put one woman in the hospital.

Officers were called to the scene on Hudson Street and Gerbert Road just before 2:25 a.m. on June 4.

Authorities said a woman was sitting in the passenger side of a white Tahoe at the Uncle Max gas station when a car with multiple people inside pulled up beside her.

One person from that car pulled the woman out of the Tahoe and another person jumped into the driver's side and ran over the woman, police said.

Columbus police released images of the possible suspects on Tuesday.

The victim was taken to Grant Medical Center in critical condition. Her condition has since improved.

Police are still looking for both vehicles and all suspects and have asked anyone with information to call the Columbus Police Robbery Unit at 614-645-4665, or the Central Ohio Crime Stoppers at 614-461-8477.