Ellen Lakey was shot and killed early Saturday morning after a stray bullet hit her inside her apartment on Parson Avenue. 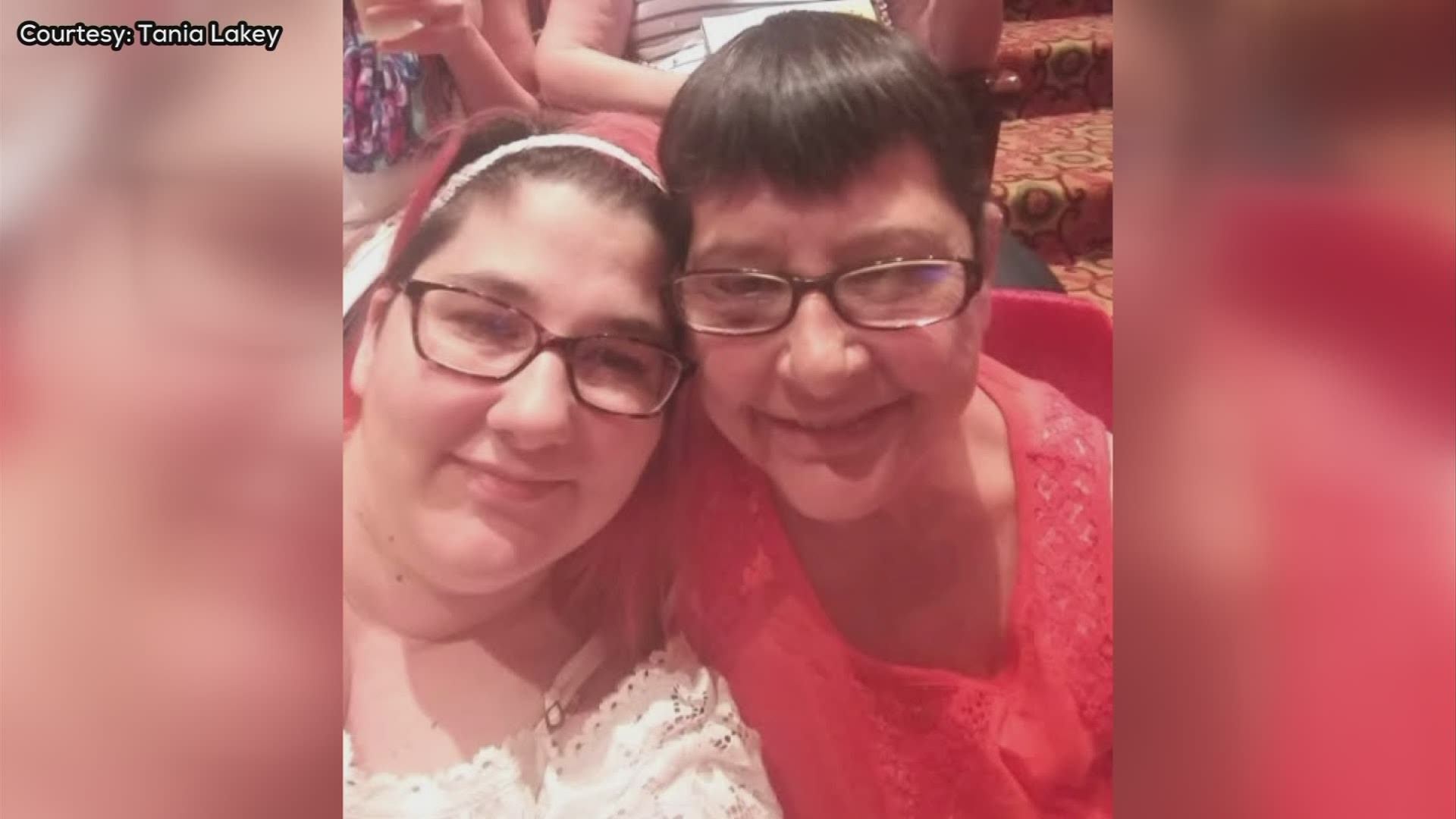 COLUMBUS, Ohio — Ellen Lakey’s daughter, Tania Lakey, said she and her family are still trying to process the devastating news.

Ellen Lakey was shot and killed early Saturday morning after a stray bullet hit her inside her apartment on Parson Avenue. Police say they received multiple reports of gunfire in the area at the time Lakey was hit.

“We’re ok, it’s all very new so we probably will not be ok the entire time, but mourning is an up and down road so we’re kind of waiting for the roller coaster to start falling and then it’ll go back up again,” Lakey said.

She said she got the call this morning after the shooting. She said her mother’s boyfriend called and left a voicemail.

“When I initially found out, it was a situation where her boyfriend had left a voicemail and it said, I’m really bad at this, but they don’t think she made it and then the next voicemail I had was from the emergency room,” Lakey said.

She said her mother’s boyfriend was sleeping at the time and that her mother often got up early to make coffee or breakfast.

Lakey said she recently had a conversation with her mother about the violence in the communities.

“I want them to know there’s not a reason for it, there’s not a good reason for any of this, violence happens, accidents happen; I am thankful and amazed there was only one victim, unfortunately, it was one that was very important to me and it just doesn’t need to be, none of this needs to happen,” Lakey said.

The daughter wants her mother to be remembered as caring, smart and someone who loved her family a lot.

“My mom really loved spending time with her grandson especially, they would talk all the time, she was an avid news and TV watcher; she felt like in her 60’s, it was time that she had raised the family and that she was ready to just enjoy her time,” Lakey said.

As for moving forward and getting through this tough time together, she said family support is extremely important.

“Leaning on each other through it is going to be really important obviously, I’m going to make sure my kids talk to a grief counselor we want to make sure that everybody is processing and dealing, mental health is super important,” Lakey said.