Rianne Dotson was blinded after a shooting in September 2020. One of the last images she saw, were her friends that were killed. 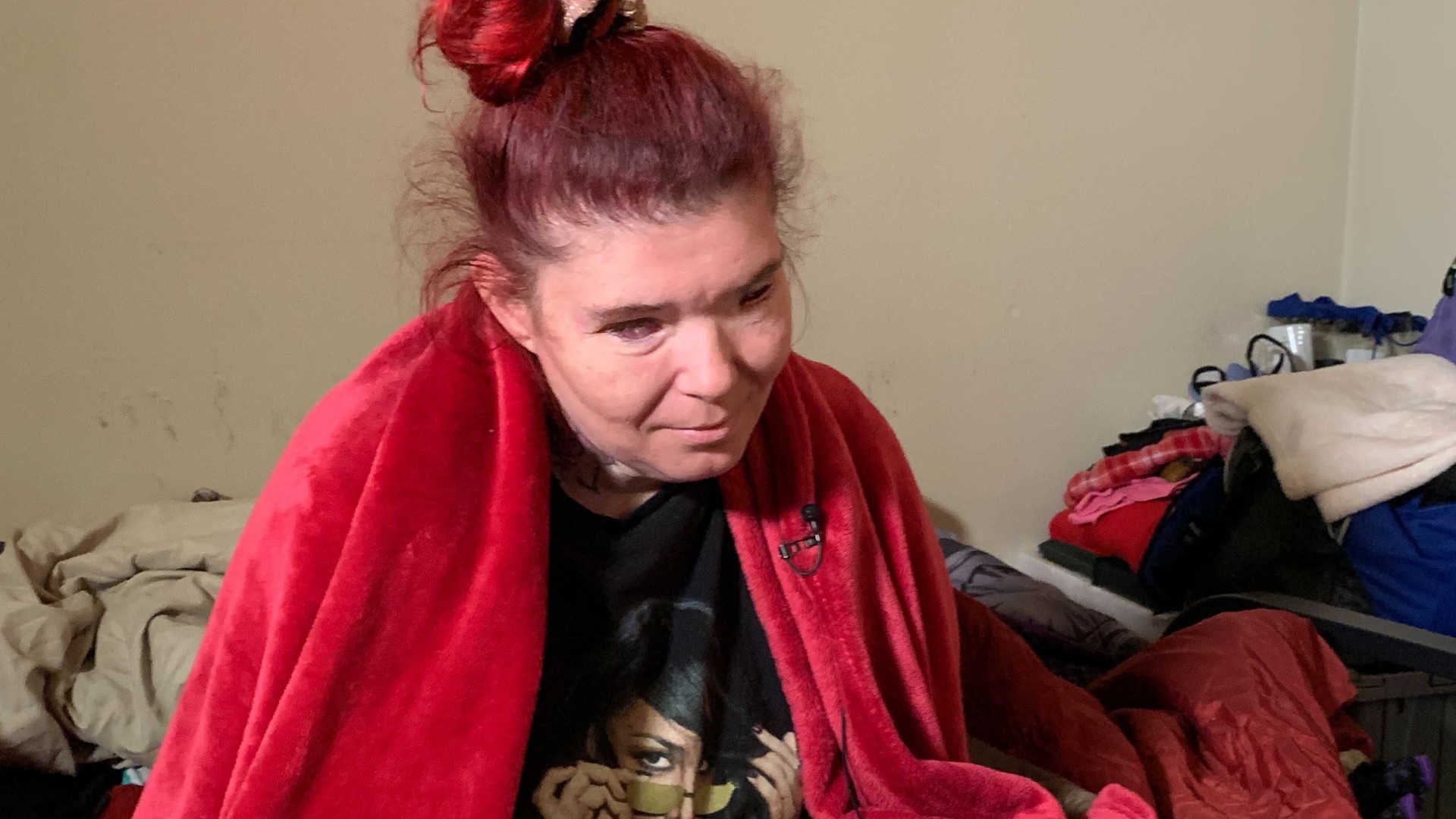 COLUMBUS, Ohio — Rianne Dotson was living in a home on South Wheatland Avenue in Columbus’ Hilltop neighborhood until Sept. 19, 2020.

On that afternoon, she witnessed two of her friends die in a shooting.

The alleged shooter took aim at her, hitting her five times, once in the head.

“He didn’t want to shoot me but then he was looking at me like 'I ain’t got no choice but to shoot her, because she just watched me shoot this man,'” said Dotson. “Before he shot me though, he looked dead at me… eye contact with each other.”

She described the shooting, as a lightning flash. The moment that would change Dotson’s life forever.

“I was shot in my temple. It shattered my whole face, right here on my forehead, both my eye sockets, both my cheekbones, broke my nose and it came out here,” as Dotson pointed to the entrance and exit wounds.

She was instantly blinded in her right eye but was still able to check on her friends, 60-year-old Lionel Adams, known as LA, and 41-year-old Candace Carr.

After seeing them dead inside the home, she managed to walk outside, where police said she was able to flag down officers.

Dotson went to the hospital in life-threatening condition. She stayed there for 32 days. She is now blind in both eyes but says someone was looking out for her that day.

“I know one thing,” Dotson said, “I was touched by an angel of God.”

Dotson says she remembers everything about the shooter.

“You messed my life. But you are not going to stop me though, and I will find you and I will get justice for LA and for Candace and for myself.”

Columbus police say there are no suspects in this case and it remains unsolved.

Dotson hopes by sharing her story, and showing her injuries, someone with information about the shooter, comes forward.