With many shops sold out, some people are turning to renting private pools

Savannah Schmitz wasn’t sure if her ask on social media would be called crazy or genius, but apparently renting someone’s pool for use is already a thing. 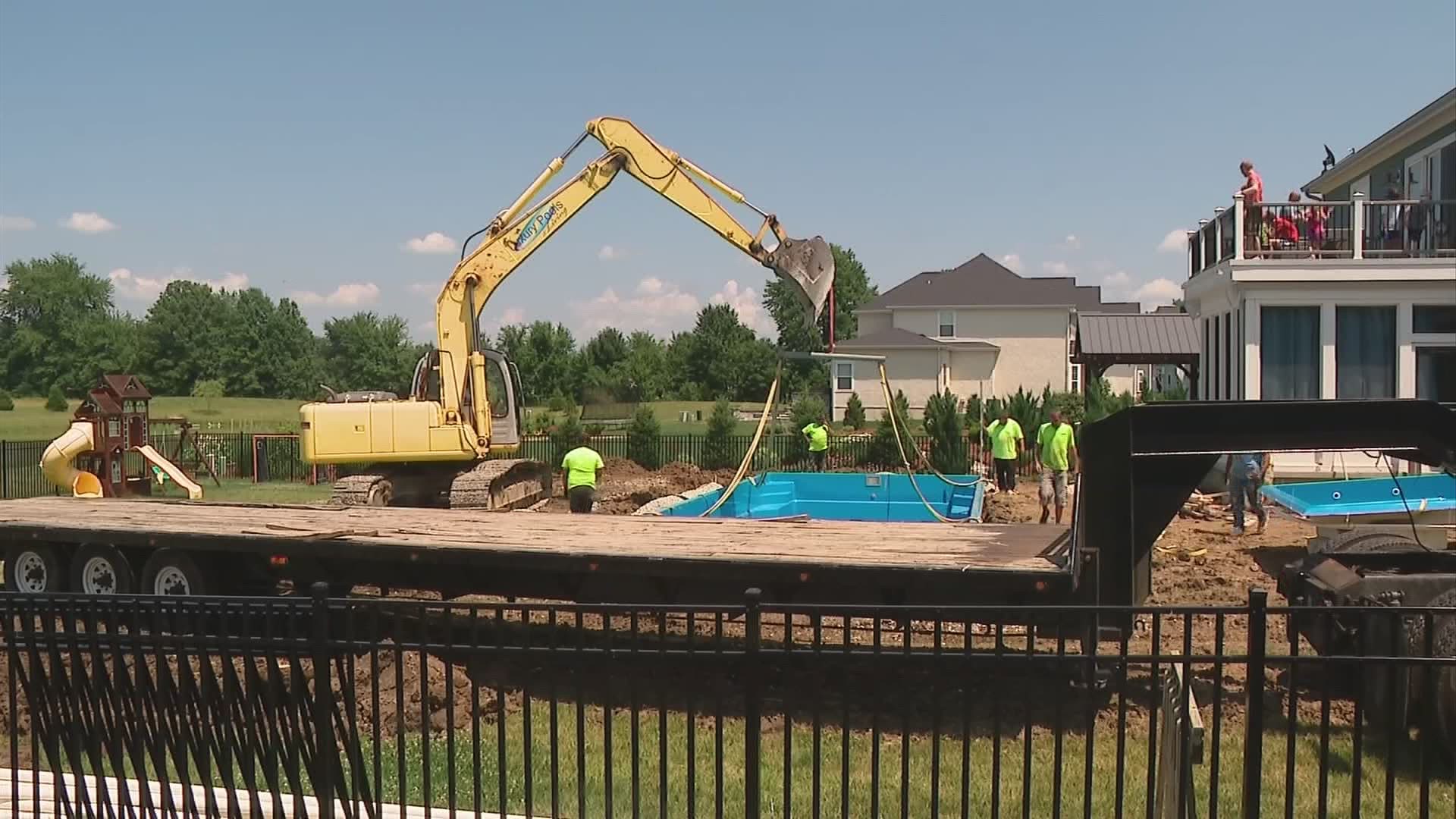 Even before COVID-19 began shutting down businesses, Matthew Ray and Luxury Pools were busy.

“We are putting the shell in,” Ray, the president of Luxury Pools said while on a Zoom call at a worksite, Wednesday.

His crew was installing an underground pool in Lewis Center. They were already booked for this summer and are now taking appointments for the fall and winter for projects to be completed next spring.

“They absolutely have,” he said. “Our inquiries now are double what they normally would be.”

He estimates up to 40 phone calls and emails per day. People. Families. Central Ohioans wanting to go for a swim. Why? Because most local pools are closed due to the pandemic.

It was March when Ross and Lea Goldsmith made their big purchase: a backyard pool. They spent $350 on it. Why? Desperate times.

“I credit our public health authorities, actually, for bringing it home and making it clear that this was going to be something that was going to last awhile and wasn’t going to be over in a couple months.”

Now if you’re in the market for a swimming pool, good luck. Most stores are sold out. Online, most retailers show “out of stock” with no telling when it might ship. Some of them are at least double the retail price. Even if you got one, you might have to think about zoning requirements, like fencing, for your neighborhood.

“I’ll do whatever it takes to kind of give my kids a few hours of normalcy,” Savannah Schmitz said.

What Schmitz did, she admits, was either crazy or genius.

Her Pickerington pool is open, but it can be difficult to get in since passes are given online. So, the mother-of-two, seeing the emotional and mental toll quarantine has taken on her daughters, took to Facebook to ask to pay someone to use their pool.

“I feel like desperate times call for desperate measures,” she said. “And, I feel like there are a lot of desperate parents out there, right now. I’m not the only mom or dad looking for a solution for their kids’ boredom.”

But can you really rent someone’s private property? Yeah. Sort of.

The website is Swimply, where you can put in your zip code and it will show you pools around you that are up for grabs for an hourly rate.

Schmitz is considering renting. What it comes down to is the price. Schmitz, though, says normalcy is priceless in desperate times.