The portraits were created to honor the students since they aren't able to physically finish their school year together. 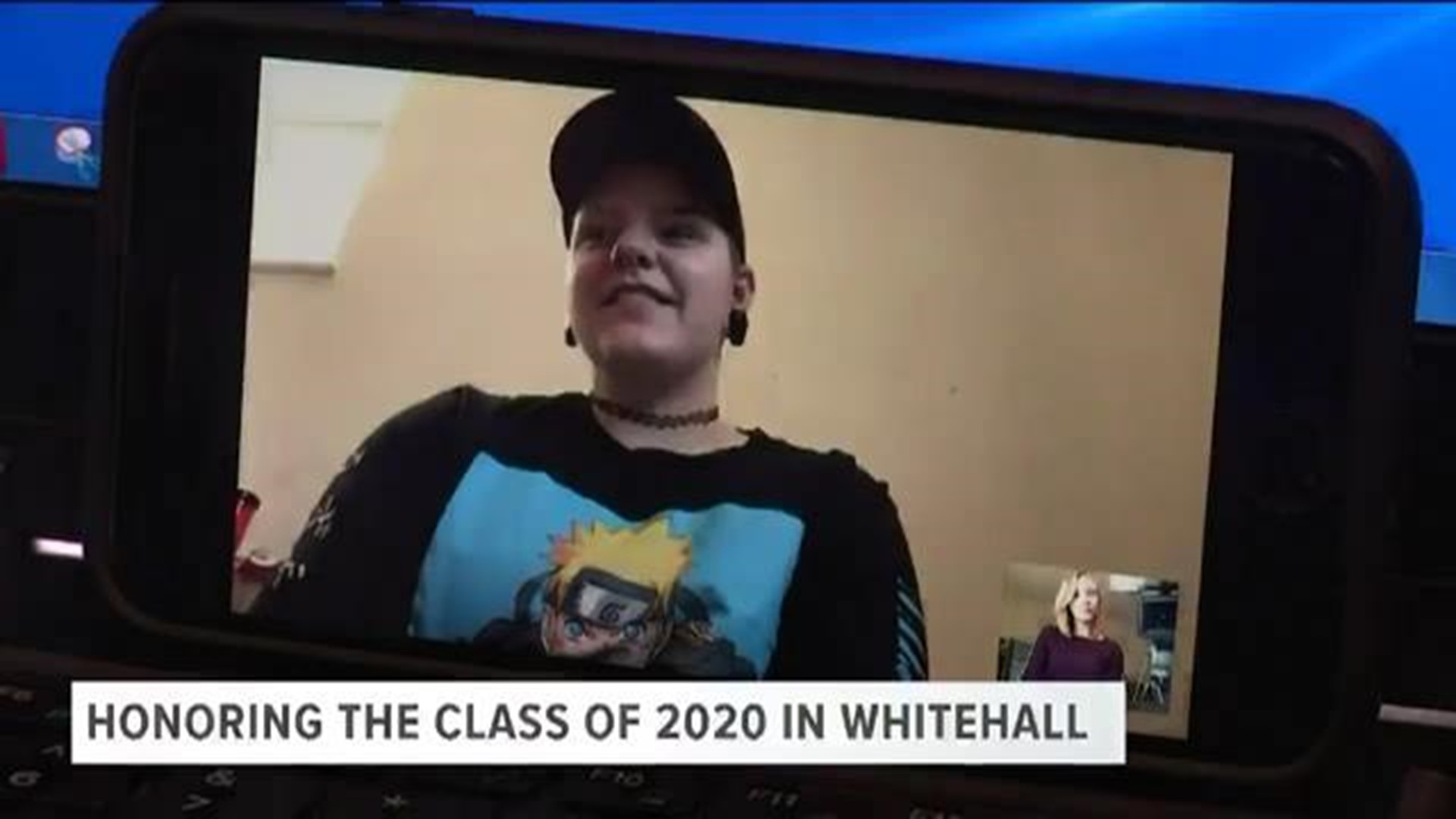 The Whitehall City School District worked with the city to honor their graduating seniors by hanging hand-painted portrait banners.

The banners are being hung on Yearling Road from Broad Street to Main Street on light posts, as well as having some on a larger banner in front of Whitehall Yearling High School.

The portraits were created to honor the students since they aren't able to physically finish their school year together.

Eighteen-year-old Rue Rubin is a senior at the school and she's been spending her last days at home because of COVID-19.

She said her favorite part of school is art. As an artist herself, she said it's awesome to see the school doing this for them.

Mindy Staley, who has been an art teacher at the high school for 20 years, said 229 banners were painted.

All of them were done by Richard Duarte Brown, who is a resident artist for the school. He's been working with students demonstrating portraits for years.

"Duarte has been our resident artist for the past four years through a teacher art's Ohio grant through Ohio Art's Council," Staley said.

He collaborates with art students during their class to paint portraits and then add affirmations with them.

When things started to change because of the virus, he took this idea and broadened it, painting a portrait for every single senior.

We spoke with Brown who said a single portrait can take anywhere from 20 minutes to 20 hours.

"Doing them in like groups or sessions and getting them up and putting them down, letting them dry," Brown said.

He said he spent a good amount of time perfecting details on these portraits and making sure they looked exactly like the students.

"I honestly probably wouldn't have expected anything less from him, he's amazing," Rubin said.

He said to paint the portraits, he was either given photos from the students or he used photos from the yearbook. He also had each student send an affirmation; some used strong, unique, successful, smart, kind or loving.

Brown said when plans changed for these seniors, he put himself in their shoes.

"One of the kids I work with, worked hard to get to be a senior and he said 13 years I gave my life and now I can't even celebrate," Brown said.

Some of the supplies were provided by the school, but Brown even used some of his own to create these.

Many emotions are being felt by everyone; the students, their families and teachers.

"There's curiosity, there's fear, there's sadness and missing the students and also what they're missing in their high school experience," Staley said.

For any student getting ready to begin their future, Staley has some words of encouragement.

"We see them and we hear them and we miss them, they're not forgotten and we want to honor them," Staley said.

For Rubin, she said as a student she's proud.

"I have a lot of pride in my school. I think a lot of people put Whitehall, in general, [and] our school down but I feel like our school out of many districts is one of many is one of the most welcoming districts," Rubin said.