Authorities said the shootings seemed to have been random. 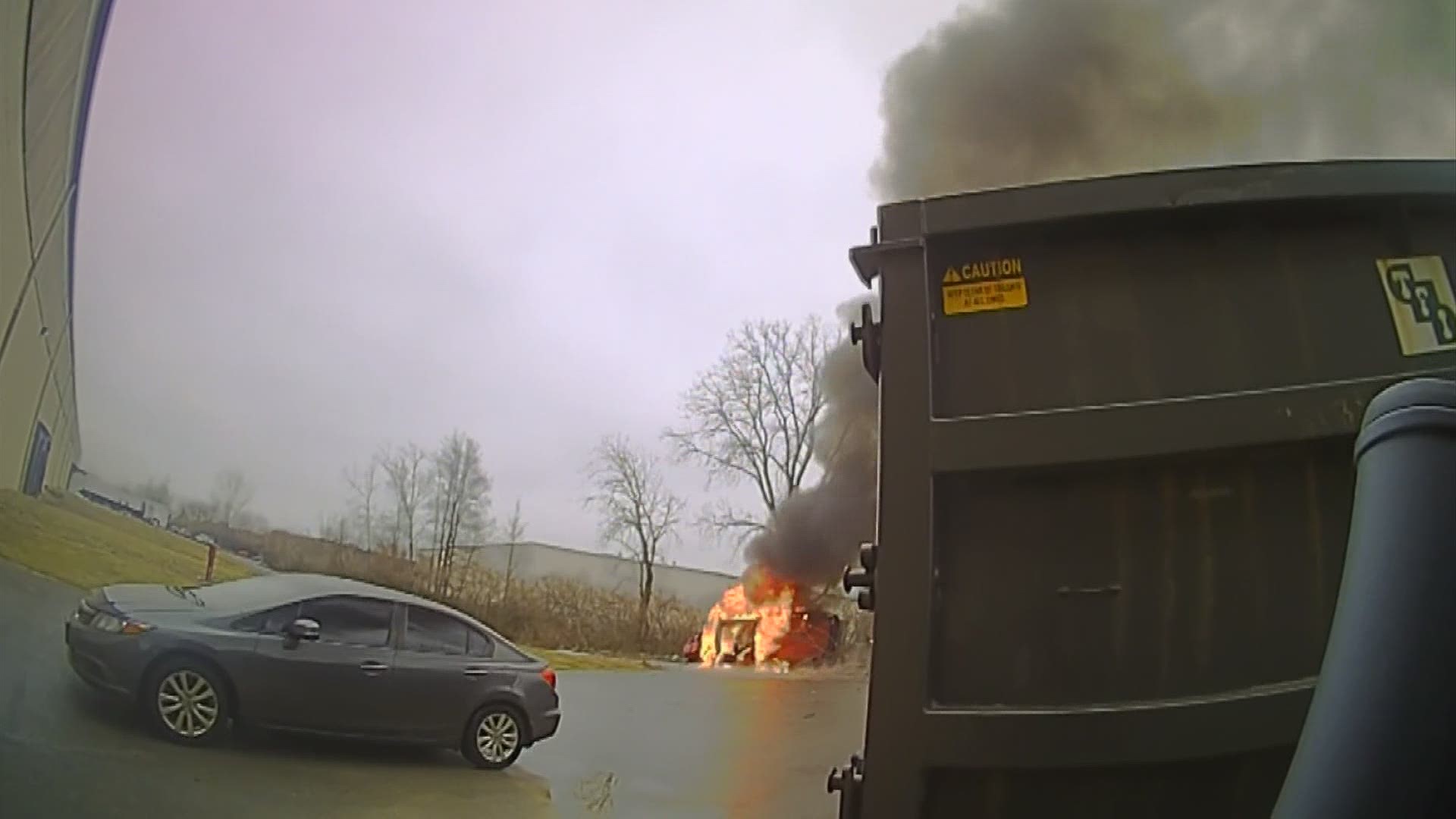 COLUMBUS, Ohio — Columbus police said a suspect is dead after a crash following a spree of shooting at several vehicles and people on the west side of the city on Monday.

Sgt. James Fuqua said Columbus police received three calls just after 11:30 a.m. about someone firing at vehicles in the parking lot of a Kroger store on West Broad Street near Galloway Road.

At least one vehicle was shot in the parking lot and the suspect then left the area in a maroon pickup truck.

Franklin County Sheriff's Office Chief Jim Gilbert said police received a call at around 12:06 p.m. about a man in a maroon truck shooting at people near Westgate Park.

Columbus police said the suspect fired two shots at a woman walking her dog near the park.

At 12:10 p.m., police received a call about someone shooting at people in the area of the 2200 block of October Ridge Drive who were on the side of the road working.

Gilbert said the shootings appear to have been random.

At 12:25 p.m., Franklin Township officers noticed the suspect's vehicle traveling in the area of Frank Road and Harrisburg Pike.

The officers pursued and the suspect did not stop.

The chase continued onto Georgesville Road and deputies joined in the pursuit.

Fuqua said the suspect was traveling about 100 MPH and was running red lights.

Gilbert said officers and deputies then lost track of the driver.

They then saw smoke coming from some brush next to a warehouse near Phillipi Road and Fisher Road.

Gilbert said when officers and deputies arrived, they found the truck smoking and on fire and the suspect inside was holding a shotgun and he refused to put it down.

Gilbert said 30 to 50 rounds of ammunition inside the vehicle started to explode and the truck became engulfed in flames.

Once the fire was put out, the suspect was pronounced dead at 1:05 p.m.

The Hancock County Sheriff's Office said the vehicle the suspect was driving in Columbus belonged to Arthur Suydam III, who was found dead in the village of McComb Monday at around 2:45 a.m.

The sheriff's office said they were looking for a person of interest in his death, Jordan Suydam, when they learned of the crash in Columbus.

Jordan Suydam is believed to have been the person who died in the crash, pending an autopsy, according to the Hancock County Sheriff's Office.

The sheriff's office did not say if Jordan and Arthur are related.

Gilbert said an official identification will be made once medical records are reviewed.