'We will continue to fight': Parents of hazing victims find hope in Collin's Law

While signing Collin's Law may be a step in the right direction, the families personally impacted by hazing say their work isn't done. 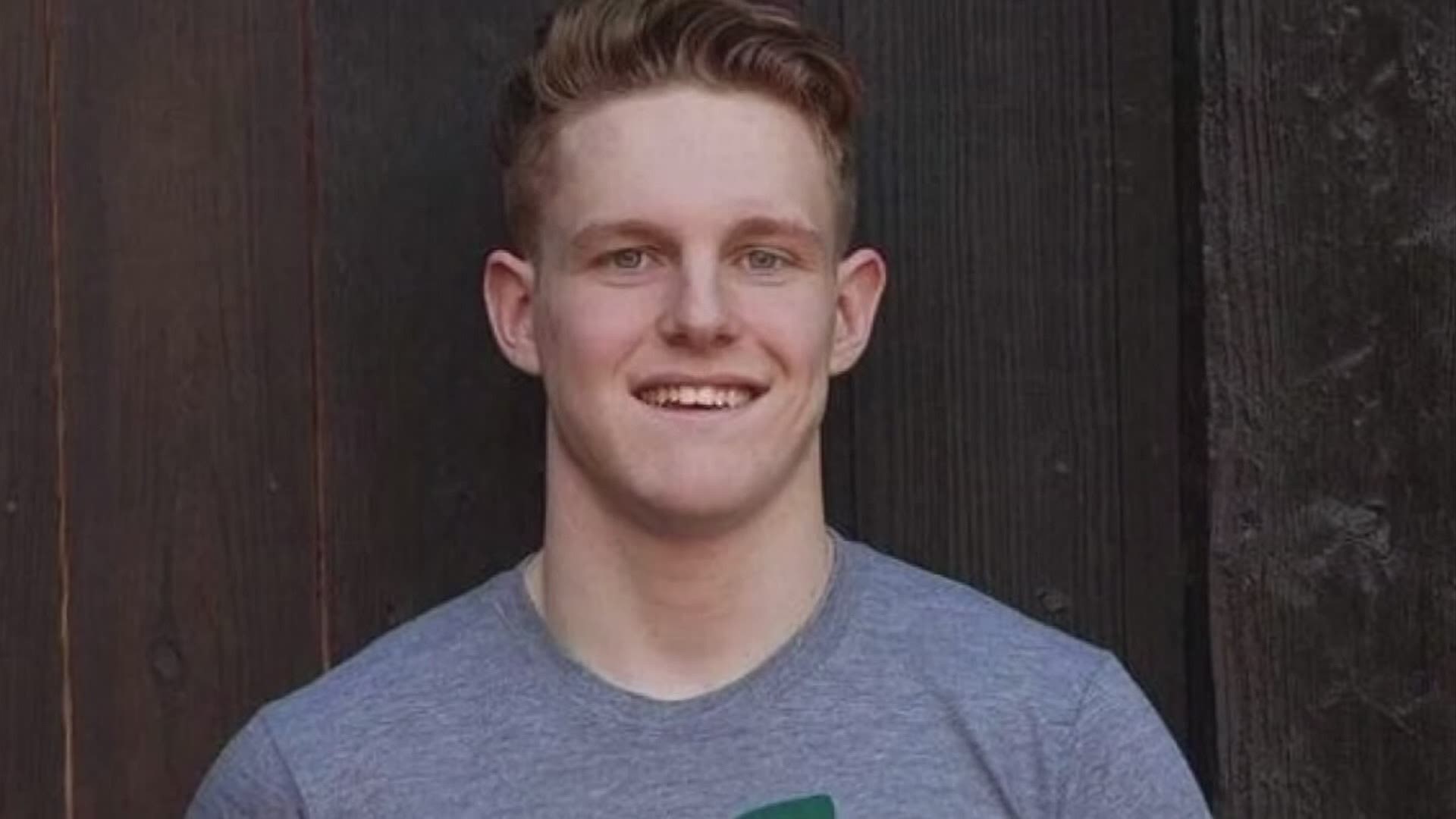 COLUMBUS, Ohio — With the swipe of a pen, Governor Mike DeWine signed a bill into law on Tuesday aimed to put an end to what he and many others have referred to as the “senseless act” of hazing.

It was that senseless act that took the life of Collin Wiant back in 2018. Wiant was just 18 years old when he was found on the floor of the off-campus house of the Sigma Pi fraternity. A coroner later ruled he died from asphyxiation due to nitrous oxide ingestion.

Governor Mike DeWine hopes Collin’s Law will hold the people responsible for hazing a little more accountable so that families don’t have to endure the trauma that Collin’s has.

"Collin was a protector by nature," said Kathleen Wiant, Collin's mother. "I can think of no better way to honor him than a law in his name, designed for the sole purpose of protecting others."

“It should be nothing but joy, but I just can’t stop thinking what brought us here. Having Collin taken from us and all the pain that comes from that. Even all we do, nothing can bring him back which is so hard," Kathleen added.

The law brings some peace to more than just Collin’s family. Only four months back, Bowling Green State University sophomore Stone Foltz was killed following an alleged hazing ritual at a fraternity party.

"Collin's Law is a step in the right direction, but we are not done. We will continue to fight," said Shari Foltz, Stone's mother.

“It’s only been four months. Do I want to be here? No. Obviously, I would want my son back,” Foltz said to members of the press.

She and her husband spoke with 10TV about their journey calling on tougher anti-hazing laws after investigators say their son died at an off-campus fraternity drinking event at Bowling Green State University in March.

“We are going to increase transparency, education, all those things that are going to make a difference,” Foltz said. “If that means getting to high schools and talking to the senior classes. We have to make them more aware of what hazing really is, why it’s not acceptable and the consequences of hazing now.”

Foltz tells 10TV their days are long and they try to have much family time as they can as they continue to push for zero tolerance to hazing nationwide.

“Unfortunately, it took another death. But as we made a promise to Stone, we would keep fighting for him and we will do anything to prevent hazing. It has to be eradicated. It has to be done,” Foltz said.

Kathleen Wiant said one piece of this legislation is close to her heart. It calls for more transparency and incident reporting.

“Parents will have more information on an organization,” Wiant said. “Not only fraternities but clubs, teams, and organizations that students want to join.”

As part of the law, colleges and universities will be required to report hazing incidents in addition to providing anti-hazing training to students and faculty.

DeWine says he recommends universities take action against hazing, regardless of the outcome -- adding it should not take the death of a student for the matter to be taken seriously.

“I think anyone who sends their child to college should expect that hazing is just not part of that experience, and I think that’s really what this bill is saying,” said DeWine. “We’re just not tolerating this.”

Here is his response:

“This is a decision made at the university level,” DeWine said. “I think when you see hazing and when it continues it does raise a question. Does the benefit of Greek life exceed, what’s the risk? The university has to make that decision and I am not going to tell them what decision that is. We have an opportunity now. This is a new beginning in regard to our request in Ohio to get rid of hazing. Let’s let it play out. Let’s see how this goes before we cross the next bridge.”