'We want you to live': Community leaders spread message about 24-hour ceasefire on Juneteenth

Central Ohio organizations that work with young men are asking them to spread the message for this word-of-mouth event. 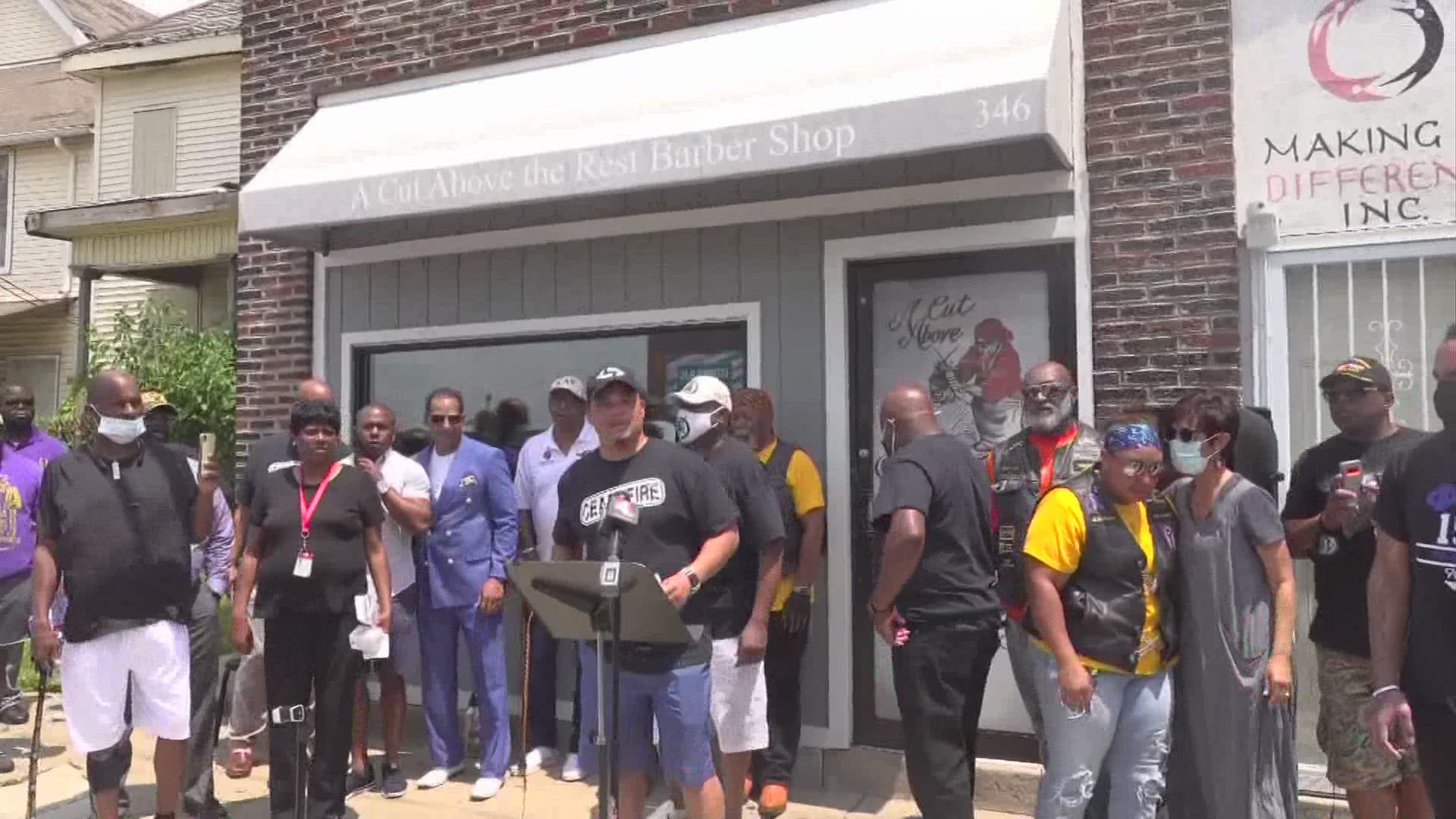 Several Juneteenth events are planned throughout the city of Columbus on June 19.

One of those events will be different, with no venue and happening purely through word of mouth.

Al Edmondson, the CEO of Making a Difference, is organizing a 24-hour cease-fire, asking people in the city to put down the guns for at least one day.

“It comes a time when you’re tired of being sick and tired in seeing this gun violence and domestic violence in our community,” he said.

Edmondson said since the announcement of the event was made on June 12, several organizations have reached out to help spread the message.

Community leaders in are asking for a 24-hr stop to the violence in Columbus. Find out what’s planned for the announcement of this cease fire today coming up on #WakeUpCBUS on @10TV ! pic.twitter.com/LqPaeqBgDC

Carter Womack, the President and CEO of Leadership at its Best, is helping out to spread this message.

“Self-leadership, self-accountability, setting high expectations for themselves and actually becoming educators to young men and young women in their respective communities,” he said.

He is asking his students to use texting and social media to get the word out about the ceasefire.

“I think the opportunity for us to engage our young people is what’s going to make the change come.”

Tim Brown is the President of Uncommon Life.

He also mentors young men and is asking them to let their friends know about the ceasefire too.

“We want you to live.” Community leaders are using the young people they work with every day to spread the message for a cease fire on Juneteenth (this Saturday.) Find out what their plans are for the holiday and beyond coming up on @10TV at 5:30! pic.twitter.com/8KmzBHqcXB

These leaders are hoping their message is spread successfully, but what if shots are fired on Juneteenth?

What if the cease-fire is broken?

“We will say we started a movement,” Womack said.

“Every movement starts with one step. We want this to be a start for something that will change lives of people in our city.”

Tim Brown is also hoping this at least will start a conversation.

“We ask guys to put down the guns but what do they pick up after that,” he said.

“The purpose of this cease-fire is to really get these guys to realize they have value that they’re a valuable part of the community.”

The ceasefire is planned to last from 12 a.m. Saturday morning until 12 a.m. Sunday morning.