Columbus Assistant Police Chief LaShanna Potts comes from the Detroit Police Department and has 20 years of experience in law enforcement. 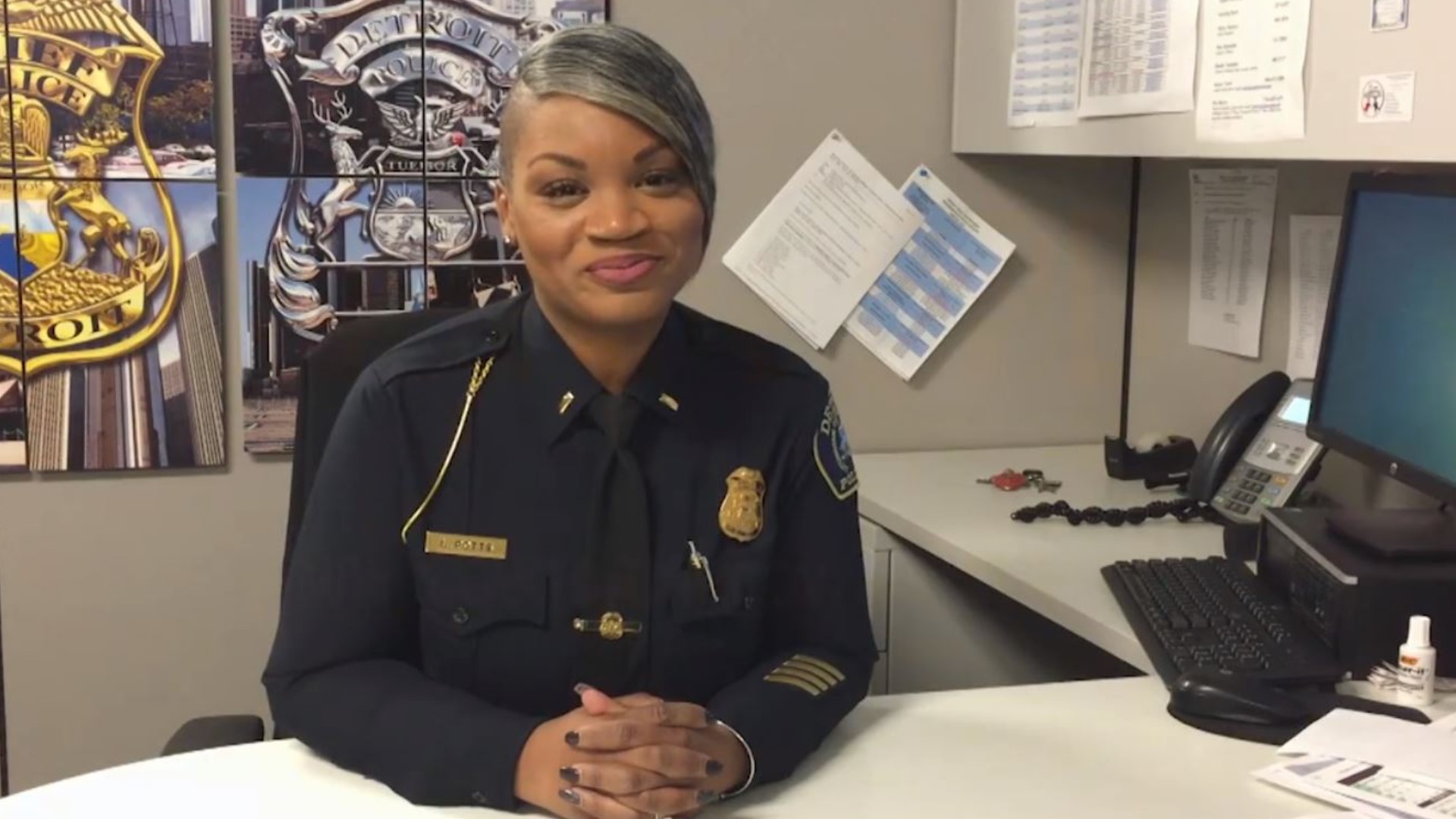 COLUMBUS, Ohio — As the city of Columbus grapples with a rise in crime, aggressive efforts are underway by police to curb the violence. From advanced technology to officer restricting, no options are being ruled out.

Finding the right solution is the mission of Columbus Police Chief Elaine Bryant, but she’s not going at it alone.  In addition to the officers on the streets, she has a second in command: assistant police chief LaShanna Potts.

“I think that we can really bring change, not only to this organization but to this community,” Potts said.

That optimistic outlook is the driving force behind Potts. The 44-year-old married, mother of two has decades of law enforcement experience. Most recently spending more than 20 years on the force in the city of Detroit.

“During a time when many people are leaving law enforcement, here you are taking on this role. Why?" asked 10TV's Andrew Kinsey.

"It’s a passion I have. A long list of law enforcement in my family. My mother served with distinction in the Detroit Police Department. So I grew up early on, knowing that I wanted to make a difference,” Potts said.

Her transition to Columbus and this newly created position, has not come without criticism.

Some veteran officers within the division, questioned the hiring process after Potts was swiftly selected out of 16 applicants by Chief Elaine Bryant.

“The chief early on said that she was bringing her team. So this was not a secret. She knew early on, that if she got this job, that she wanted me to be with her,” Potts said.

The two have a professional relationship that dates back nearly 14 years with both sharing similar passions for policing.

“I’m a little bit more on the community-oriented side. The chief is more of a processes person. So we balance each other out. It’s like a yin to a yang,” Potts said.

As second in command of a division with 1,900 officers, Potts is the chief’s eyes and ears, overseeing the executive team, policy, staffing and spearheading the division's structure and direction. It’s a monumental task, that comes as the city deals with mounting crime and homicides.

Potts knows the heartache and pain gun violence creates all too well.

Feb. 5, 1999, is a date Potts will never forget. An undercover prostitution sting took a deadly turn when a suspect pulled out a gun and opened fire killing her partner Officer Richard Scalf.

“We start calling for help and I watched him take his last breath," Potts said.

The grief that followed sent Potts into a nervous breakdown. She found herself in a dark place while trying to mask the pain.

“I speak openly and candid about it because for me the thought of suicide was real. How could I stay here and my partner is gone? how could I see his mom and know that he is no longer here?” Potts said.

With help from family and therapy, Potts pulled through. Years went by before she felt comfortable publicly discussing the struggle and pain. Since then, the incident has fueled her mission to crack down on gun violence.

“I want to make sure that when a mother comes to me and says my son or my daughter was murdered, that I can provide them some answers and closure,” Potts said.

Potts said much of the gun violence in Columbus is largely gang or drug-related.

“In order for us to curve the gun violence, we've got to know who's distributing the guns,” Potts said.

A recently announced partnership between the police division and the ATF called the Crime Gun Intelligence Center aims to do that.

But the efforts don't stop there. Potts said technology proven to be successful in other cities could also help here.

Another major part of the effort to fight crime, Potts said is regaining trust from the community.

It’s a rift that reached a boiling point last year, nationwide and locally, following the murder of George Floyd. And then the shooting deaths of Andre' Hill and Casey Goodson Jr. at the hands of law enforcement.

“If the community does not feel like they can trust you, and they can give you information, we will never solve a homicide in this city," Potts said.

Potts said in order for there to be real transformational change, the department must practice what it preaches. With transparency and accountability starting from the top.

“You’ll find me in the community. You’ll find me at precincts. You’re going to find me backing these police officers, who I'm tasking to do an amazing job, under immense scrutiny. We just want to get the work done and we want the officers to get back to policing the way that we know that they can.” Potts said.