The Ohio State University is testing water from Drackett Tower for Legionnaires' Disease. 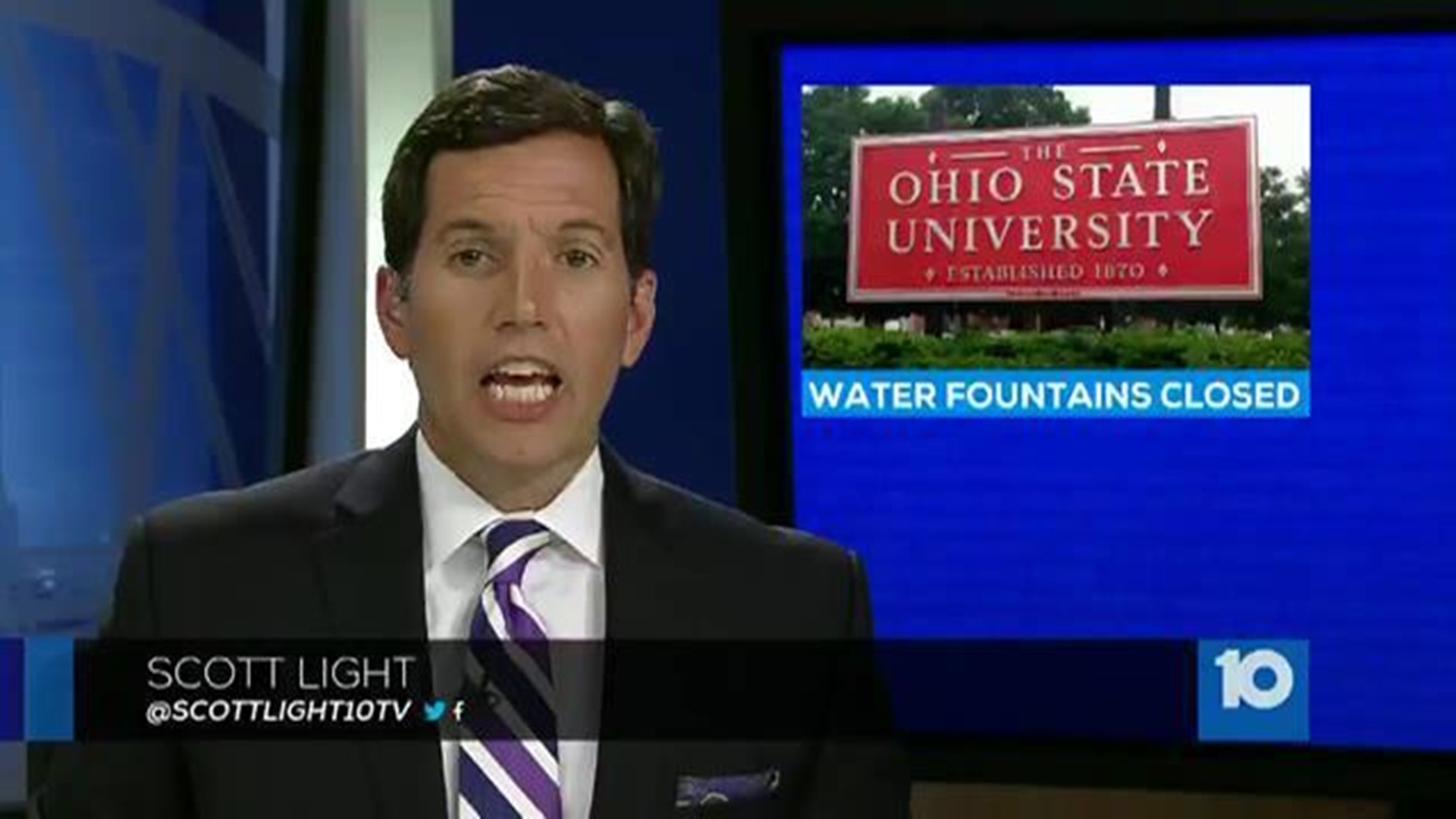 The Ohio State University shut down almost all of the water fountains in a dorm on campus after a student contracted Legionnaires' disease.

The university says it's unclear where the student contracted it, but out of extreme caution, the water will be tested.

"We talk about the water fountains all the time, how long we are in a drought for," student Anna Wandel said.

It's a running joke between students, the drought at Drackett Tower.

"We were all kind of confused because none of the water fountains have been working for a while," student Kyle Myers said.

The dorm will stay dry until OSU knows its water is clean.

"They should at least tell us if there's something going on with our water," student Alex St. Leger said.

The Ohio State University says the water fountains were shut off in August so repairs could be made to a water line. Within days of it being fixed, the university received a notification from a parent that a student living in Drackett Tower had been diagnosed with Legionnaires' disease. So they shut off the water again.

"I know they told us we're working on it to get the water back, but they never really told us anything about like any diseases or anything," Myers said.

The university says there's no evidence the student contracted the bacterial infection in the dorm and no other cases have been reported, but out of extreme caution, the water is being tested.

"It's a little more concerning now that I know there's a possibility that I could get that," Myers said.

"Whatever that is, if it's in the water we use to shower with and brush our teeth with that's kind of concerning," student Dan Pitts said.

The student who contracted Legionnaires' is being treated with antibiotics and expected to make a full recovery.

For some, that isn't a major concern.

"I mean I think they're pretty good about fixing anything that's going to be a problem so I'm not too worried about it," Wandel said.

Other students just want their water back, but only if it's safe.

"We just didn't want to have to go to the dining hall to get water. It's just a little annoying," Myers said.

The university says it did water testing in all of the residence halls this summer and the results came back clear.

Columbus Public Health says 73 cases of Legionnaires' disease have been reported in Columbus and Worthington so far this year.