The group EndHateOSU says it is focused on breaking stereotypes and standing up against hate speech and acts. 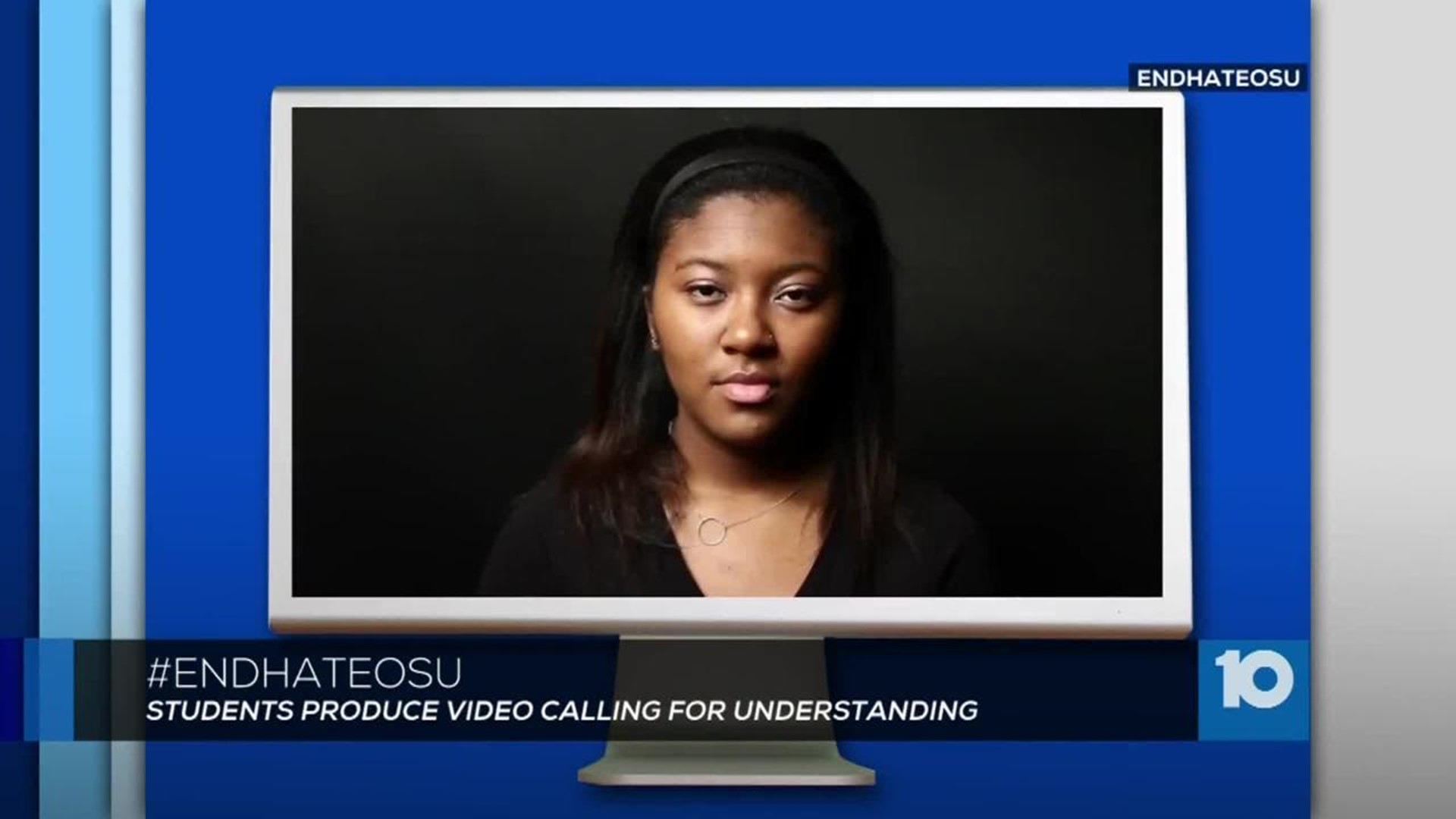 First impressions can be powerful. So can stereotypes.

Smashing those stereotypes was the idea behind a video produced by the group EndHateOSU.

"The whole concept is just to put the micro-aggressions, the stereotypes out there and say this is what you're saying about this, but this is actually who I am," said Caleb Ross with EndHateOSU and OSU's Undergraduate Student Government Association.

Sukhjit Singh is one of the students who lent his voice to the video.

Though his initial reaction is to laugh it off, he admits, it stings.

"It sort of makes me feel like an outsider almost. Sort of recognize that I am different, and people don't like that about me" said Singh.

Nyiala Harris shares the stereotypes thrown at her.

"I am not crazy, lazy, angry or ghetto," she said in the video.

"The purpose of it was to say, 'Hey, not everyone is like that. Not all black women are this. Not all LGBTQ members are this. Not every Latina is this'."

EndHateOSU planned to use the video to launch a major campaign in the Spring.

But the events of Monday, the day terror came to campus, changed that plan.

"I was so afraid," said Harris. "Just fear. Because we didn't know anything, and then when the information finally came out, we were just like, but why?"

"I felt very out of place for however long it was going on," said Singh. "And even hours after, I didn't really know what to do with myself."

"I remember texting my director saying, 'Hey I think it's time we release the video.' And immediately, he said. 'I agree'," said Ross.

"I was like. 'Oh my gosh, it's perfect timing!'" said Harris. "It's just perfect. It's the message it represents- solidarity, understanding. everything positive."

Singh closes the video by countering his stereotype with his reality:

"I am an actor and comedian, and I really want to make you laugh."

"Spreading the love, and taking down misconceptions, it's honestly just about education," he said.

The right message, at exactly the right time: