Misty Johnston recorded her 9-year-old daughter, Aubrey Johnson, speaking up at the protest on Sunday. 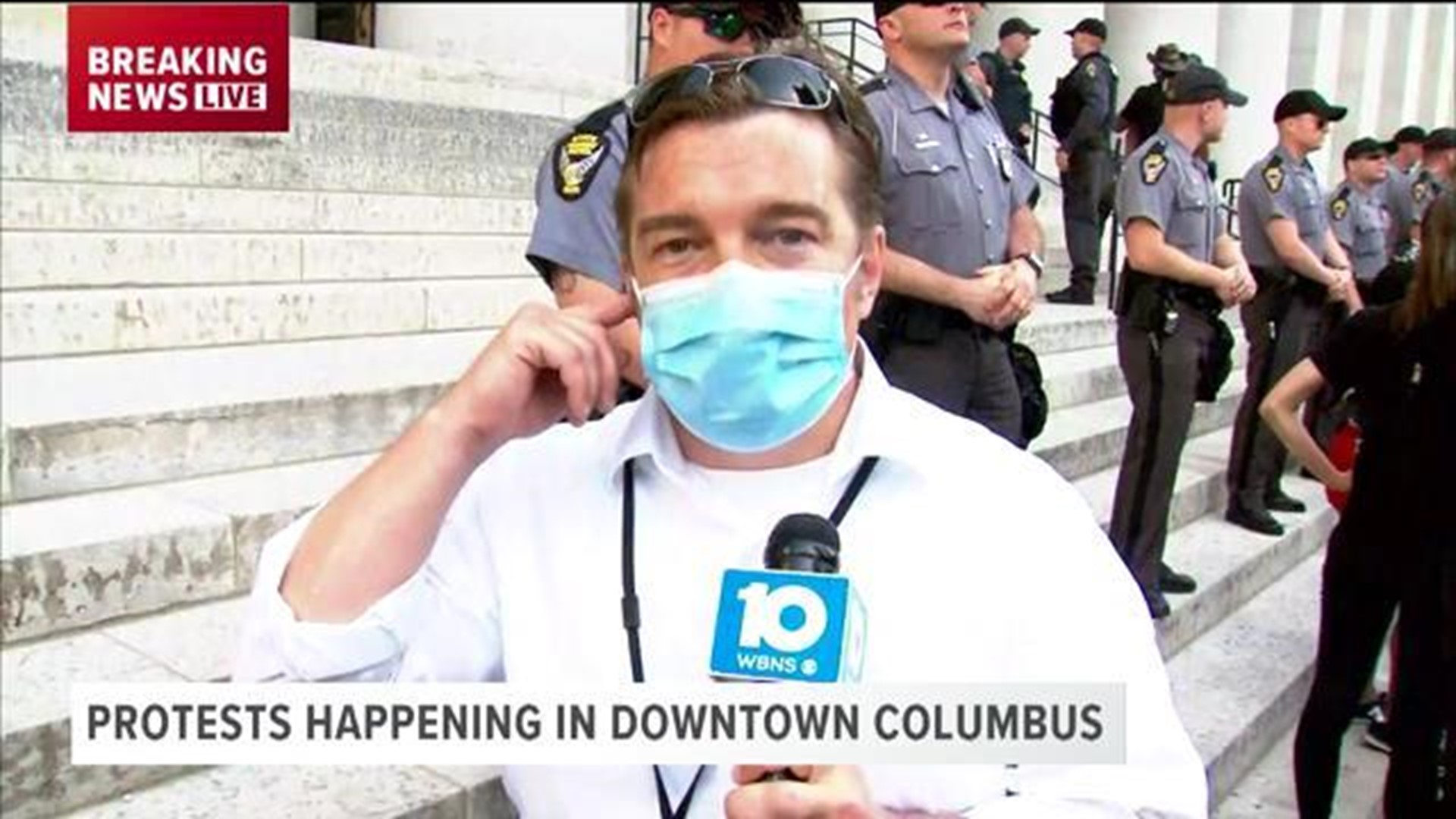 Misty Johnston recorded her 9-year-old daughter, Aubrey Johnson, speaking up at the protest on Sunday.

Misty brought her two daughters, Aubrey and Brooklyn, to the protest on Sunday and also on Tuesday. She recorded the viral video on Sunday.

Aubrey told us she knew right away while at the protest that she needed to say something.

“I’m like I really need to get over there and express my feelings so I don’t need to say it all up in my head; it was really sad to say it and it’s very sad to see all these people here protesting,” Aubrey said.

In her speech, in the video that is going viral, she said “If I get it you should too.”

Her mother said she’s extremely proud of both of her girls for standing up for others and protesting.

“My heart melts it really does but it also breaks at the same time, you know we live in a world where not everything is right and I’m so incredibly proud that my girls took a stand,” Misty said.

Aubrey said she got emotional while in the middle of the circle of protesters giving her speech. She said many of the protesters were patting her on the back and telling her she’s got this.

“Also when I was up there doing the speech I forgot to say it, but I was going to say not all lives matter until black lives matter and it’s very sad to see everybody speaking up there and crying,” Aubrey said.

Her sister was also part of the protests on Sunday and Tuesday.

“It’s just sad how we have to do this, we should just let them have freedom,” Brooklyn said.

Brooklyn is also going viral online. Her mother took photos of her and her friends holding signs together. One sign says, “Our generation will do better.”

“We are needing to at least be peaceful and we need justice,” Brooklyn said.

Misty said her post is getting mixed opinions. She has had comments as to why she brought her daughters to a protest.

She said the protest on Sunday was peaceful as well as Tuesday, which is another reason she’s felt comfortable bringing them.