Maggie, a Siberian Husky, needed help after a bone she was snacking on became lodged in her mouth. 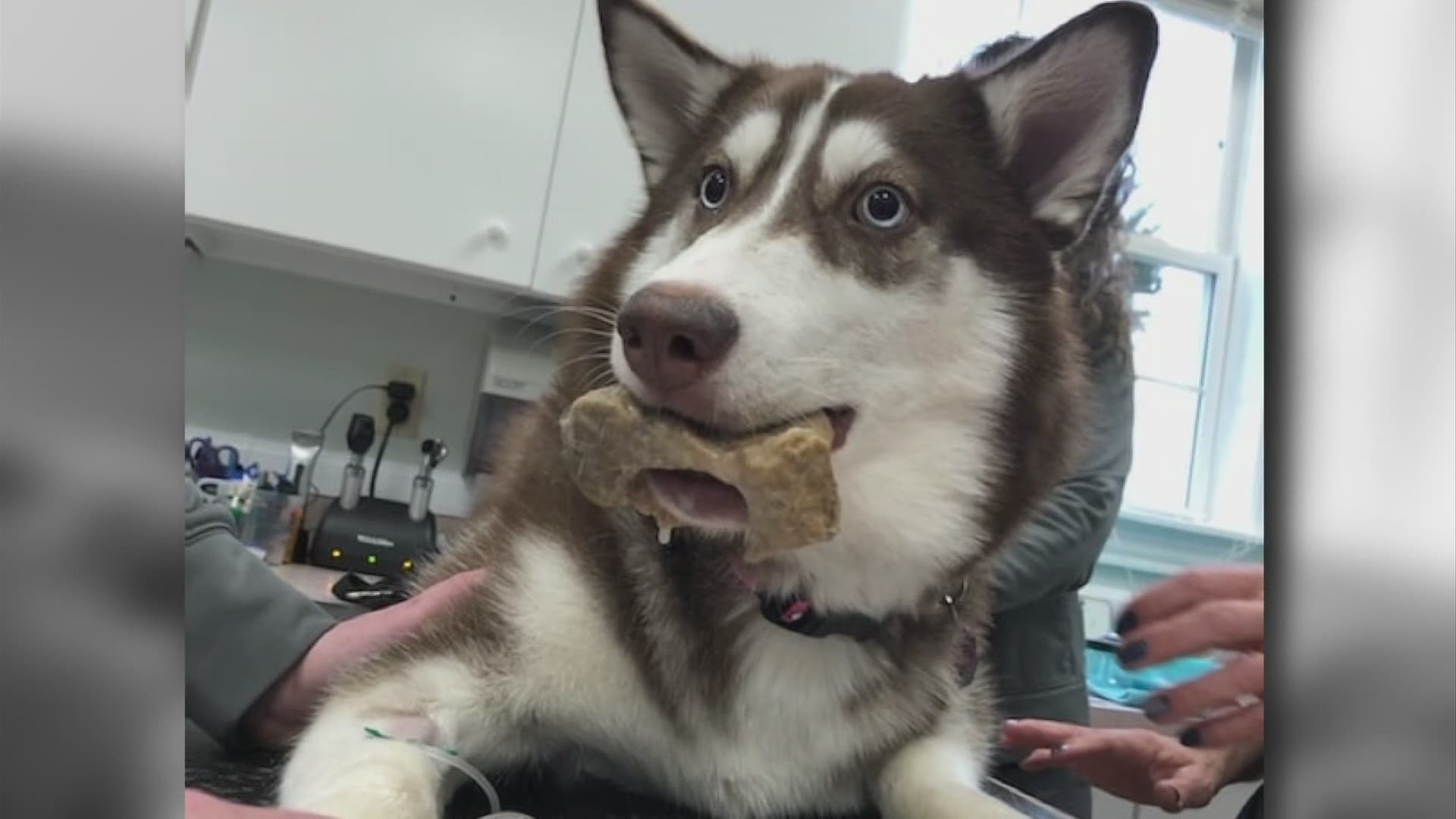 “Maggie, we had never seen before as a patient,” Dr. Jennifer Schoenfeld said.

Dr. Schoenfeld at All Pets at Pickerington has cared for animals for more than 40 years. Last week, she received a call for help.

“The owner called and said my dog has a bone caught on her jaw,” Schoenfeld said.

Maggie, a Siberian Husky, needed help after a bone she was snacking on became lodged in her mouth. Dr. Schoenfeld says how this happens is the lower fangs or canine teeth in dogs, rotate backward.

“So, once the bone gets behind there, it can’t pop over the other side,” she said. “That’s the problem with any bone that has marrow in it that’s circular.”

Instead, another phone call.

“And I called them and they’re like ‘Sure, we’d love to do that, we’ll be right over’,” she said.

Lt. Cordle and Thurman Rohrbaugh with Violet Township Fire Department are no strangers to animal calls. This, though, was a first.

“To have one with a bone stuck on its lower jaw is just…I’ve been doing this for 24 years and that was a first for me,” Cordle said.

Pictures posted to the township fire department’s Facebook page document what happened. Maggie, under sedation, had to have the bone carefully cut with a rotary saw.

“In general, we say no bones of any kind,” Dr. Schoenfeld said.

Adding to that, Schoenfeld says other things that can cause a ‘ruff’ go for pets are sheepskin toys, some dental chews that, if given too many, can be difficult for pets to digest and string-like objects like ribbon, thread or rubber bands.

Cordle and Rohrbaugh cut the bone out of Maggie’s mouth in less than five minutes.

The Humane Society of the United States offers helpful points for pet owners regarding treats and toys. You can find that information here.