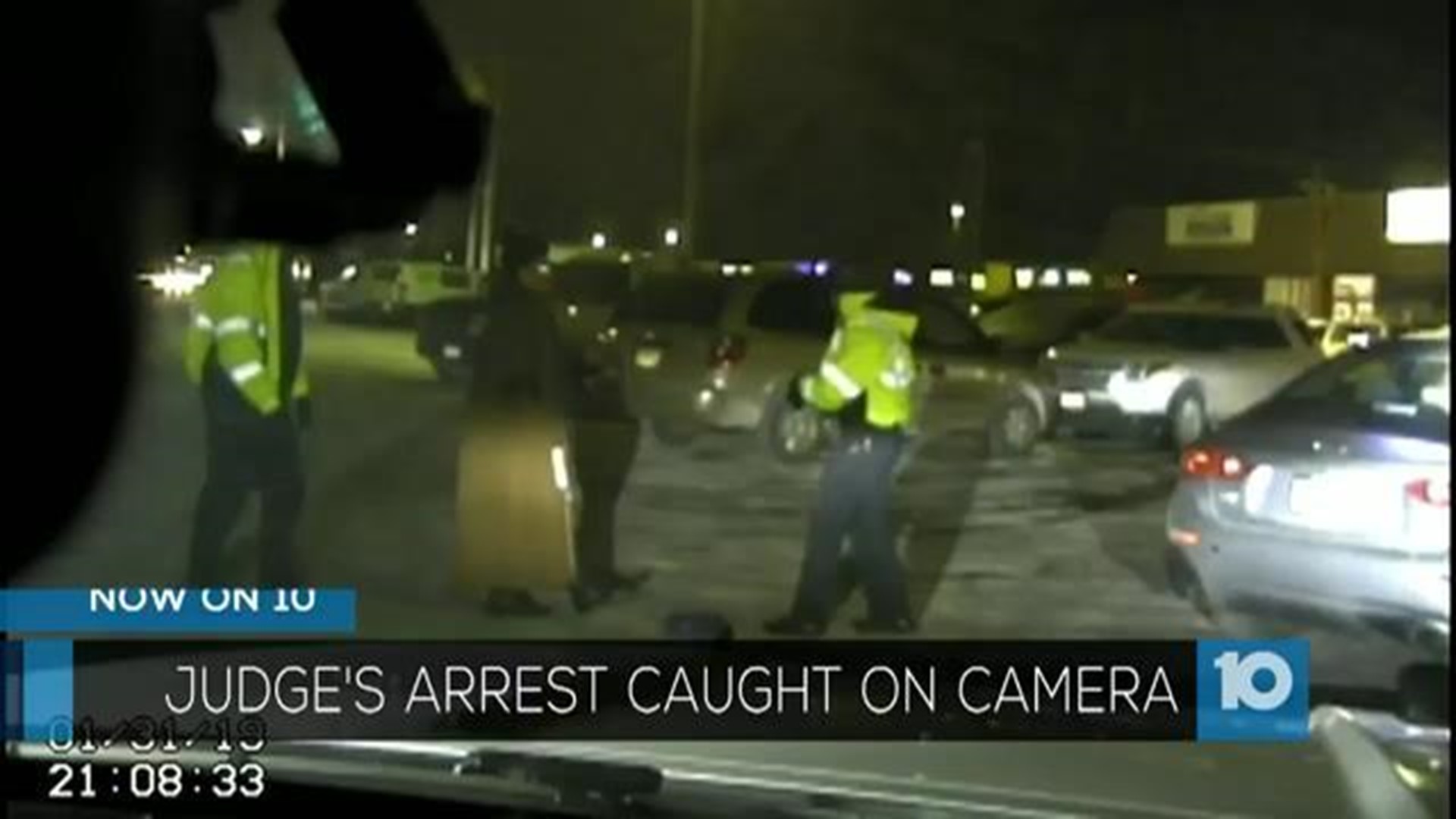 Video shows the arrest of a Franklin County judge accused of drunk driving.

Hawkins' arrest began with a 911 call from another driver: "She looks like she's falling asleep at the wheel," the driver said. "She's all over the place."

A dash camera inside a Pickerington police cruiser picks up from there:

Hawkins tells the officer she's coming from a downtown Columbus restaurant, but can't remember which one.

The officer writes in her report she "Noticed a large knot on (Hawkins') forehead...that appeared to be bleeding...the right side of her face was beginning to bruise."

Additional officers respond to the scene, and also notice the injury.

Officer 1: "What's the bump on the head from?"
Officer 2: "I asked her about it and she said it's not domestic violence. But she's got marks on her hands."
Officer 1: "Is she drunk?"
Officer 2: "Yes. I think she might have throw-up right here too. She's telling me she's a judge."
Officer 1: "Don't matter."

The officer writes in the report that when Hawkins steps out of her car, the officer saw "a large amount of vomit on the driver's side floorboard panel area."

Hawkins is unsteady on her feet as officers put her through a series of field sobriety tests.

She repeatedly tips to the side, and nearly falls multiple times.

At one point, an officer had to catch her to keep her from falling down.

At that point, officers placed Hawkins in handcuffs and arrested her on a charge of OVI, operating a vehicle under the influence.

Hawkins refused to give a breath sample.

Police obtained a court order and took her to a hospital for a blood draw. police say she resisted to the point that security had to hold her down.

Hawkins was back on the bench Monday. She has declined comment.