The Sheriff's Office says its officer should have stopped the chase long before it turned deadly. 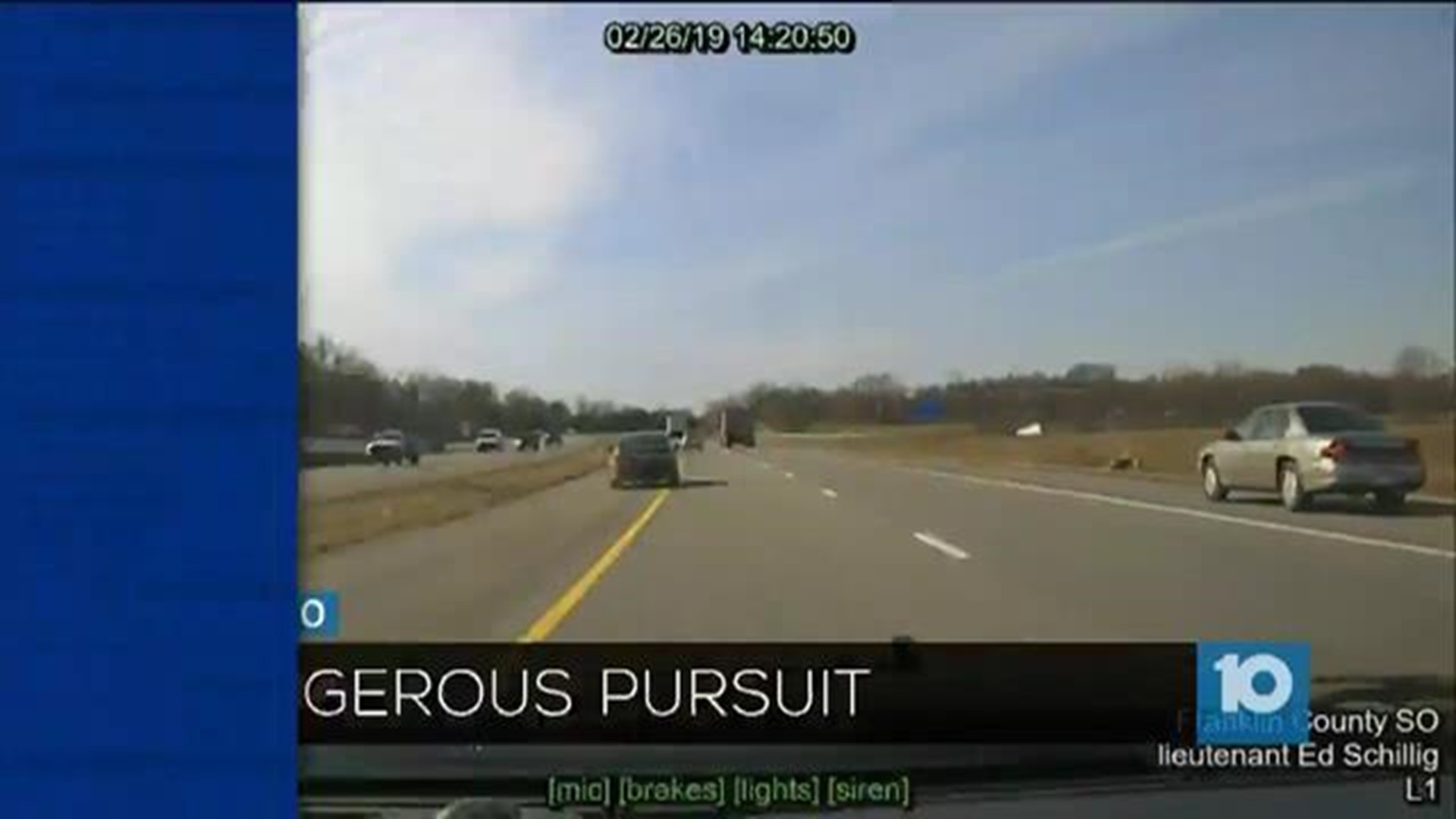 A dangerous police pursuit tops speeds of 100 miles per hour, and ends with a man's death.

Sixty-one-year-old Arthur Smith was hit by a stolen car during the chase and died three months later.

The pursuit by the Franklin County Sheriff's Office happened in February. But now we are getting a first look at the cruiser video of the chase, and the internal investigation of it.

The sheriff's office says its officer should have stopped the chase, long before it turned deadly.

He activates his lights and sirens, but the Chevy speeds away. He runs the car's plates, and it comes back as stolen. Speeds climb quickly.

The stolen car weaves in and out of traffic. The pursuit continues onto southbound Hamilton Road.

Schillig radios speeds are down to 60 miles an hour, as the car drives into oncoming traffic.

Arthur Smith, in a red shirt pushing a cart, comes into view on the cruiser camera.

Schillig shouts, "Oh crap!!" as the stolen car hits Smith, sending him flying into the air and crashing onto the pavement.

The stolen car continues, weaving through stopped traffic and school buses, onto Winchester Pike and through front yards, where the chase comes to an end.

Five juveniles, between the ages of 12 and 16, flee, only to be chased down by responding deputies.

They are all captured out of camera range but can be heard on Schillig's microphone.

The children were all prosecuted, four of them for receiving stolen property.

But an internal investigation by the Franklin County Sheriff's Office found this chase should have been called off long before it got to Arthur Smith.

In disciplinary notices, supervisors write:
"Lt Schillig should have realized that the pursuit had reached dangerous levels of driving for both the subject and himself. As the highest ranking Patrol supervisor on duty, Lt. Schillig failed to critically evaluate the situation and terminate the pursuit."

Schillig responded, "I disagree...that the pursuit had reached such a dangerous level that it should have been discontinued...I felt comfortable continuing the pursuit."

He was ultimately given a written reprimand for violating the Sheriff's Pursuit Policy, which he is appealing.

10TV spoke with the son of Arthur Smith.

Anthony Smith said, "It should have been noticed, especially in his position, that the chase had entered into dangerous territory before it was too late."

The Sheriff's Office said Lieutenant Schillig was not available for comment.

The crash that killed Smith happened one day after 10TV aired an investigation of the sheriff's office pursuit policy.

Since then, the sheriff has made changes to his pursuit policy.

Governor Mike DeWine has also called for a statewide standard on police chases, something Sheriff Baldwin says he supports.

You'll find our previous investigation, under this story: