10TV has obtained audio and video from inside the Franklin County courthouse the day a 16-year-old was shot and killed by a deputy. 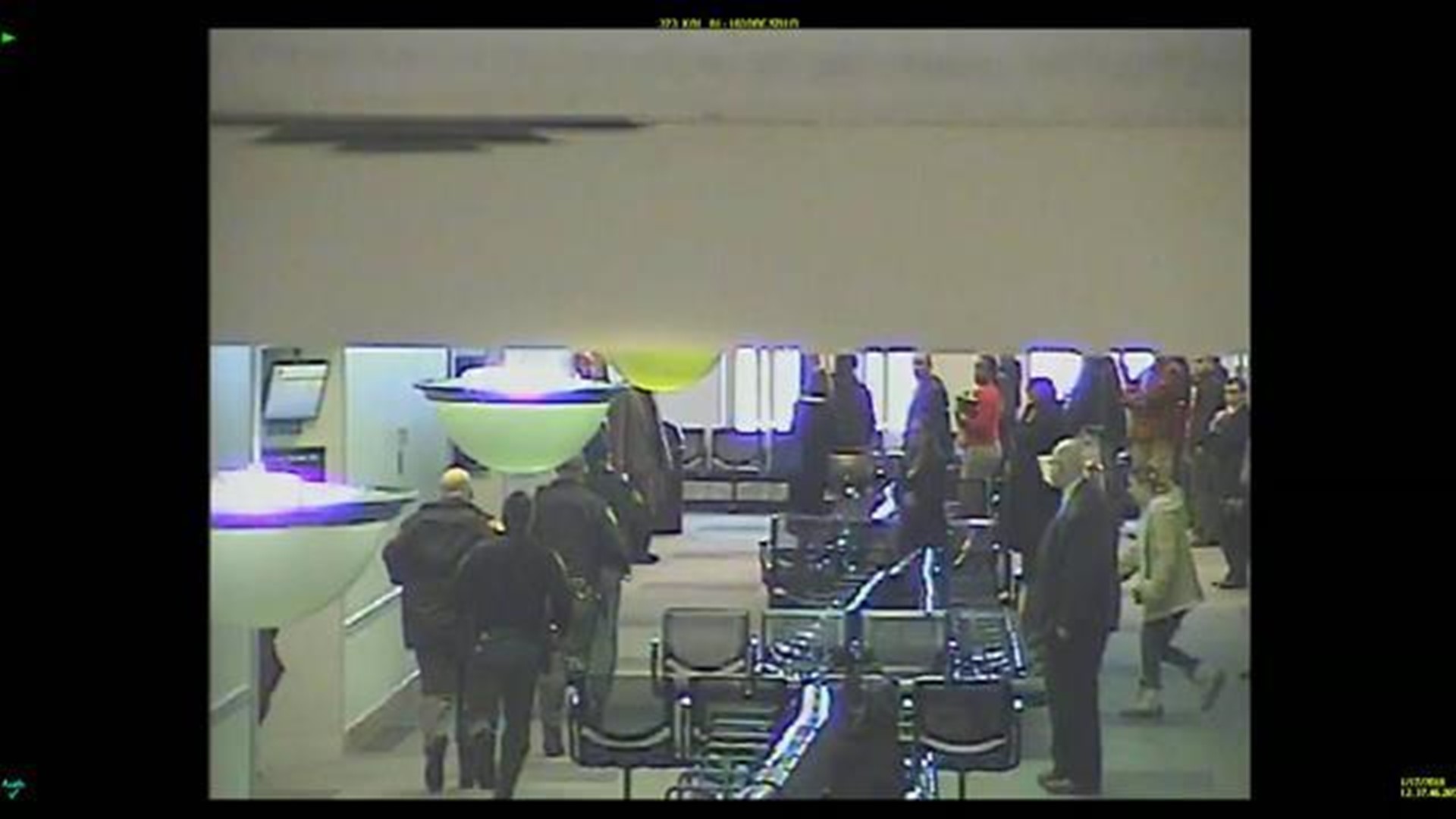 10TV has obtained audio and video from inside the Franklin County courthouse the day a 16-year-old was shot and killed by a deputy.

The teenager, identified as Joseph Haynes, was in juvenile court for two delinquency cases involving guns.

Deputy Richard Scarborough was working security on the floor and was called to the Haynes’ courtroom over a disturbance.

According to the sheriff's office, Scarborough shot 16-year-old Joseph Haynes during a physical struggle with Haynes and members of his family.

The video provides a timeline of what happened Wednesday on the fifth floor of the courthouse.

According to a release sent by the Franklin County Sheriff's Office, the incident happened at 12:36 p.m. Newly released video confirms that.

You can see deputies running into the courtroom. This after a Code 10 – officer needs assistance - by a responding deputy

10 minutes after the incident began, you can see a gurney and medics entering the courtroom.

One minute later, you see someone working to clear the hallway of people.

A gurney carrying Joseph Haynes exits the courtroom and is taken to Grant Medical Center.

The 16-year-old was pronounced dead at the hospital.

The sheriff's office also released audio of deputies talking to each other after the shot was fired.

In the radio traffic, you can hear Deputy Scarborough only once.He is "walkie one," sounding calm as he calls for his partner, on "walkie four," to come to courtroom 56.

That's followed by the chaos of sheriff's staff trying to get an understanding of what just happened.

"Negative. He was shot! I repeat he was shot in the abdomen. Please send a squad now."

"Do we have a suspect?"
"Affirmed."
"Do we have him in custody?"
"Police-involved, Major."

The shooting remains under investigation. The Ohio Bureau of Criminal investigations is helping collect all the facts in the case.

When complete, a Franklin County grand jury will review the evidence and decide if any criminal charges should be filed.