Strauss was killed in an accident at a downtown Columbus parking garage. 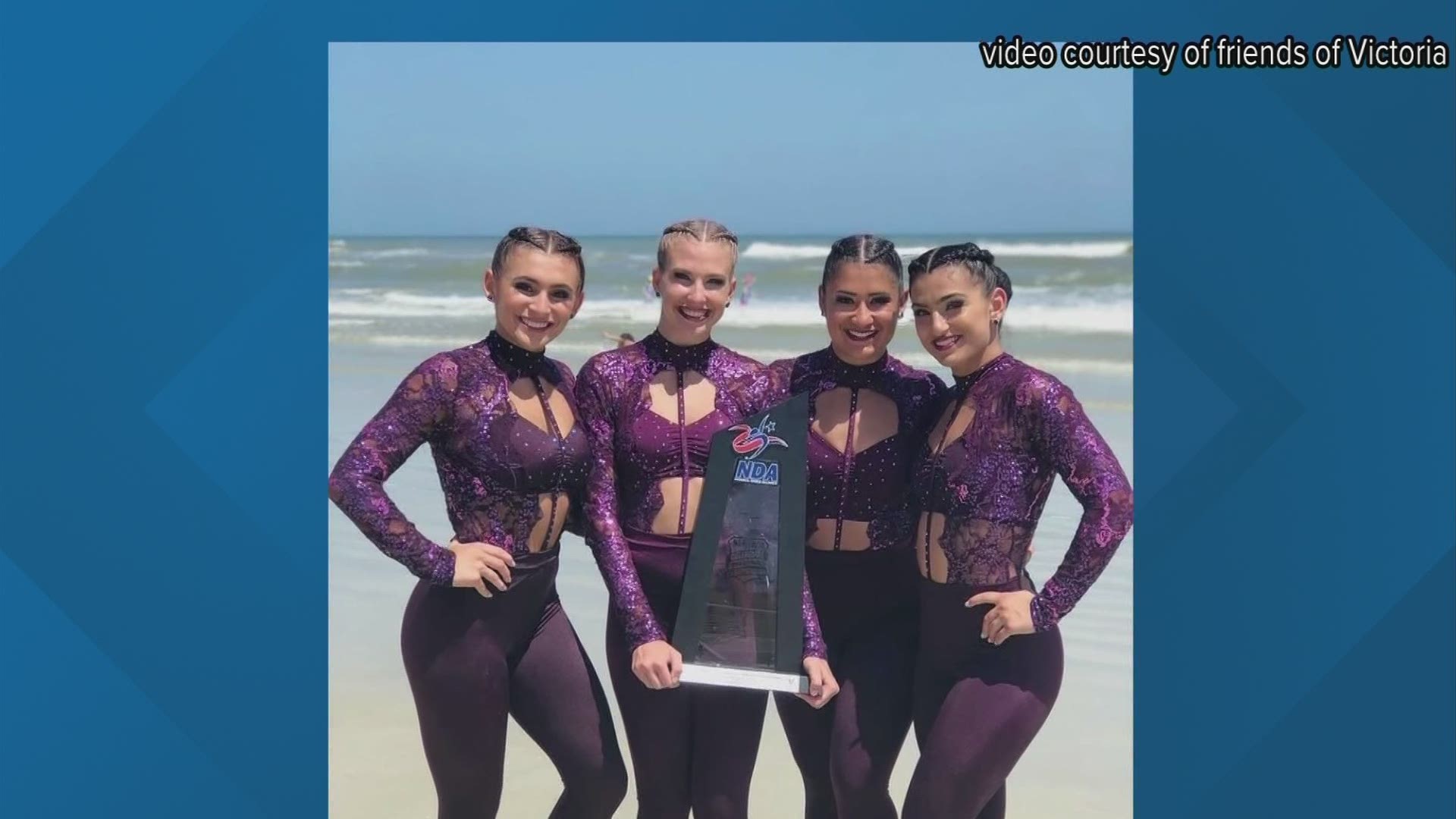 COLUMBUS, Ohio — Dancing is a way to express yourself through physical emotion.

“It’s very special. It does make us feel at ease knowing that was the last memory we shared together,” said Castore.

Dancing was Victoria Strauss’ passion. Her friends say she started dancing as soon as she could walk.

Victoria was a National Dancing Champion, a sister and daughter. Victoria died tragically on Tuesday in an accident at a parking garage on Vine Street in downtown Columbus.

The group says their heart was ripped away from them. Dancing created this unbreakable bond and some of the best memories they share.

We’re told Strauss was someone you’d simply want to be around. The four danced together in college at Florida Atlantic University.

Her smile, her energy and her determination to do good in this world were what her friends admired the most. Victoria lost her father and grandmother within the last four years. That’s what motivated her.

“She wanted to be a therapist; she was about to graduate grad school, she wanted to make a change in other people’s lives. Each and every dance that she did, you could feel… you could feel that she was dancing for a bigger purpose,” said Domaeti.

The last time the group was together was for another friend’s wedding last August. They danced to the song “Glorious” by Macklemore.

You always wonder how someone will be remembered. For the friends of Victoria, there’s only one way that would make sense.

"We feel her absence, we will be dancing for her for the rest of our lives,” said Castore.