In July 1989, the body of a man was found in Flat Run Creek in Marion County. 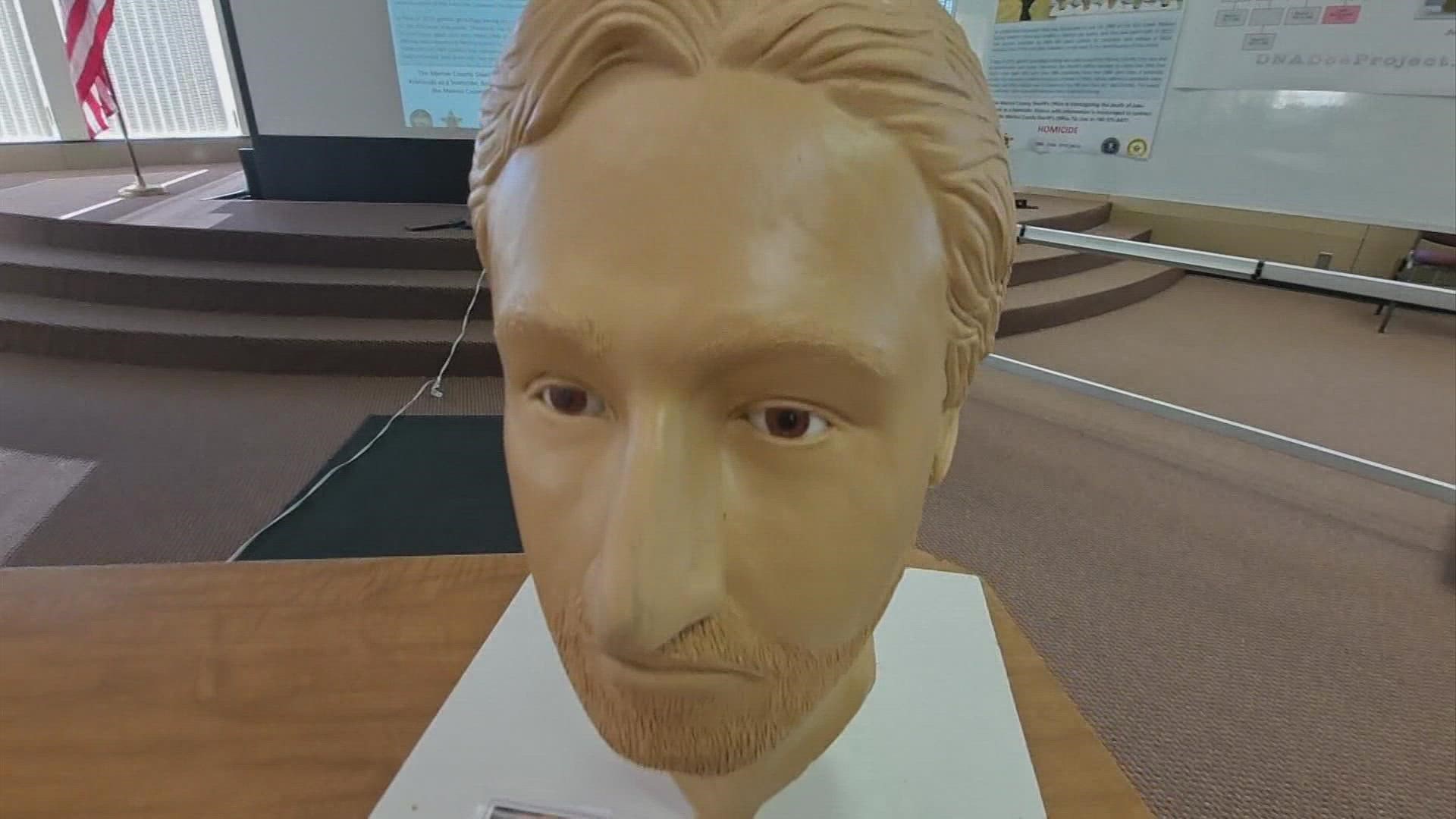 MARION, Ohio — The Marion County Sheriff’s Office is crediting developments in DNA technology for helping investigators identify the victim of an Ohio cold case dating back to more than 30 years.

In July 1989, a body was found in Flat Run Creek in Marion County. According to Marion County Sheriff Matt Bayles, the body was significantly decomposed, but investigators were able to determine it was a man with black hair who had died.

An autopsy from the Franklin County Coroner's Office ruled the man's cause of death was suffocation. Additionally, investigators noted an injury, potentially a gunshot wound, that could have served as a subsequent manner of death. His death was ruled a homicide.

In an effort to identify the man, investigators with the Ohio State University and Bureau of Criminal Investigation made two reconstructions of his appearance, Bayles said.

Despite those efforts, investigators were unable to identify the man and the case went cold.

In a renewed effort to solve the case in 2019, the sheriff’s office sent the man's skull to the DNA Doe Project, which uses genetic genealogy to help with the identification process in homicide investigations.

It wasn't until the skull was sent to the International Commission on Missing Persons that investigators were able to extract enough DNA for sequencing and comparison.

Through a diligent process, DNA Doe Project tracked down the man's biological siblings and he was identified as 33-year-old John Kraicinsky from Galion.

“We have several other cold cases that we will continue to work to obtain justice for victims and closure for families,” Sheriff Matt Bayles said in a release.

According to the sheriff’s office, Kraicinsky was last in contact with family the month his body was found. His brother told authorities John was last seen walking away from his father's house in Galion.

Family members told authorities they never reported him missing because they believed Kraicinsky “may have just moved away to start another life.”

The sheriff's office is asking anyone with information about the case to call 740-382-8244.