Family members were joined by Houston and state leaders at the private funeral held at Holy Name Catholic Church in Houston Friday morning. 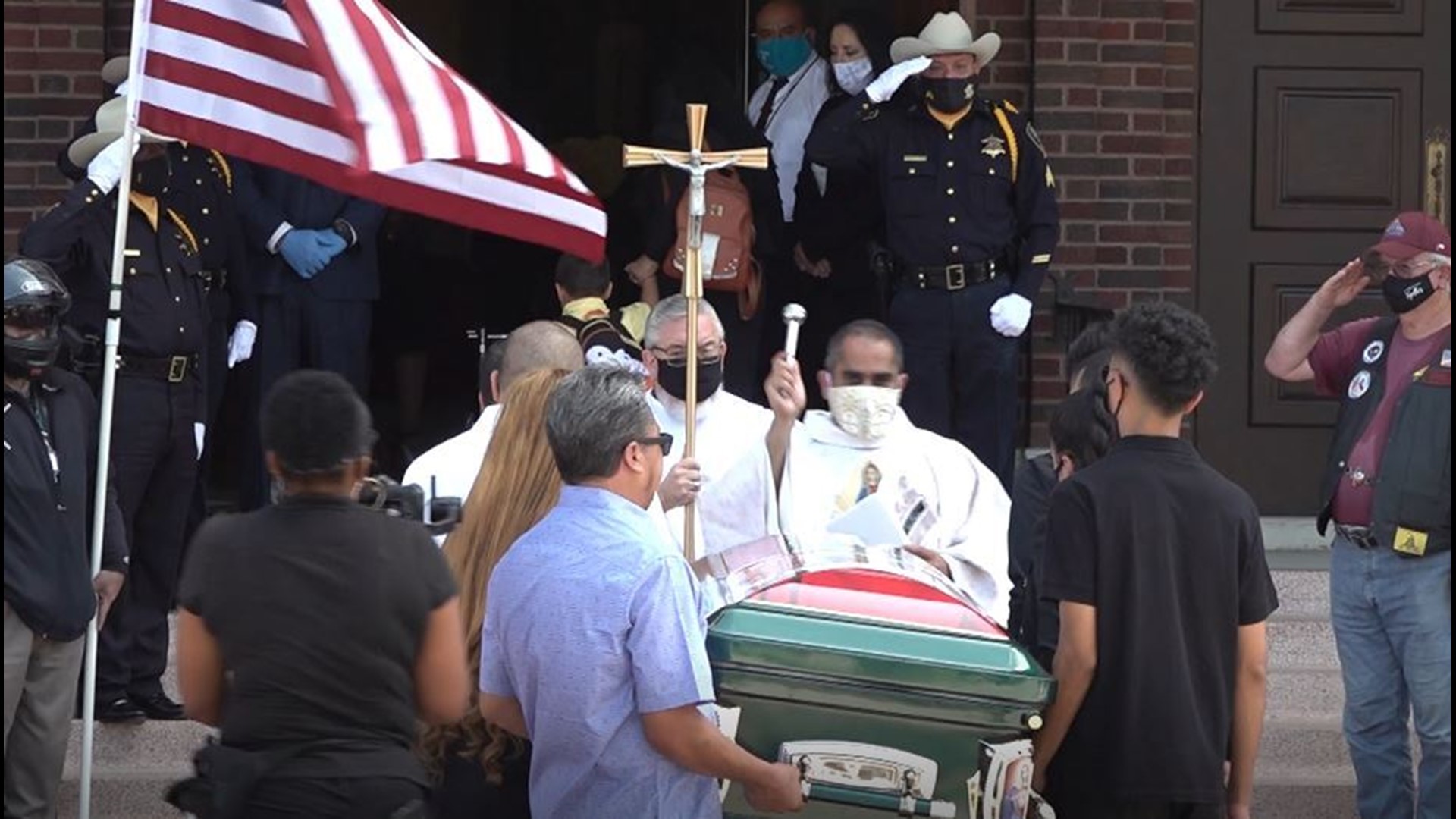 HOUSTON, Texas — The family of Vanessa Guillen was finally able to lay her to rest Saturday.

A private funeral was held for the Fort Hood soldier in her hometown of Houston, more than a month after her remains were found near the Leon River in Belton.

“Even though she tragically died young, her legacy will be long lasting," Houston Mayor Sylvester Turner said.

Her casket arrived at Holy Name Catholic Church in Houston Friday morning. City and state leaders were in attendance and veterans from across Texas stood outside to salute Guillen.

"In fact, many people around the world are watching today. This was a very tragic event,” U.S. Representative Sylvia Garcia said. "She went missing on April 22. Today is august 15, that’s many, many months. Today is a chance to pray for her. Pray for the family. Give them our respects and give them the distance they need to grieve as a family."

Houston Police Chief Art Acevedo also came to pay his respects. He said the Guillen family had so much distrust in Fort Hood that they asked Houston police to independently identify Vanessa Guillen's remains.

"As a mother I think you always hold on to a little bit of hope, but there was great relief in knowing that an independent lab confirmed that was Vanessa Guillens remains,” Acevedo said.

RELATED: How Vanessa Guillen's disappearance, death has impacted many across the U.S.

“Quite frankly several months ago not many people knew the name Vanessa Guillen. Today, her name is mentioned all over the world, and when it comes to sexual harassment people are taking it more seriously,” Mayor Turner said.