'Her living and her death will not be in vain' | Family lays Army Spc. Vanessa Guillen to rest in private funeral 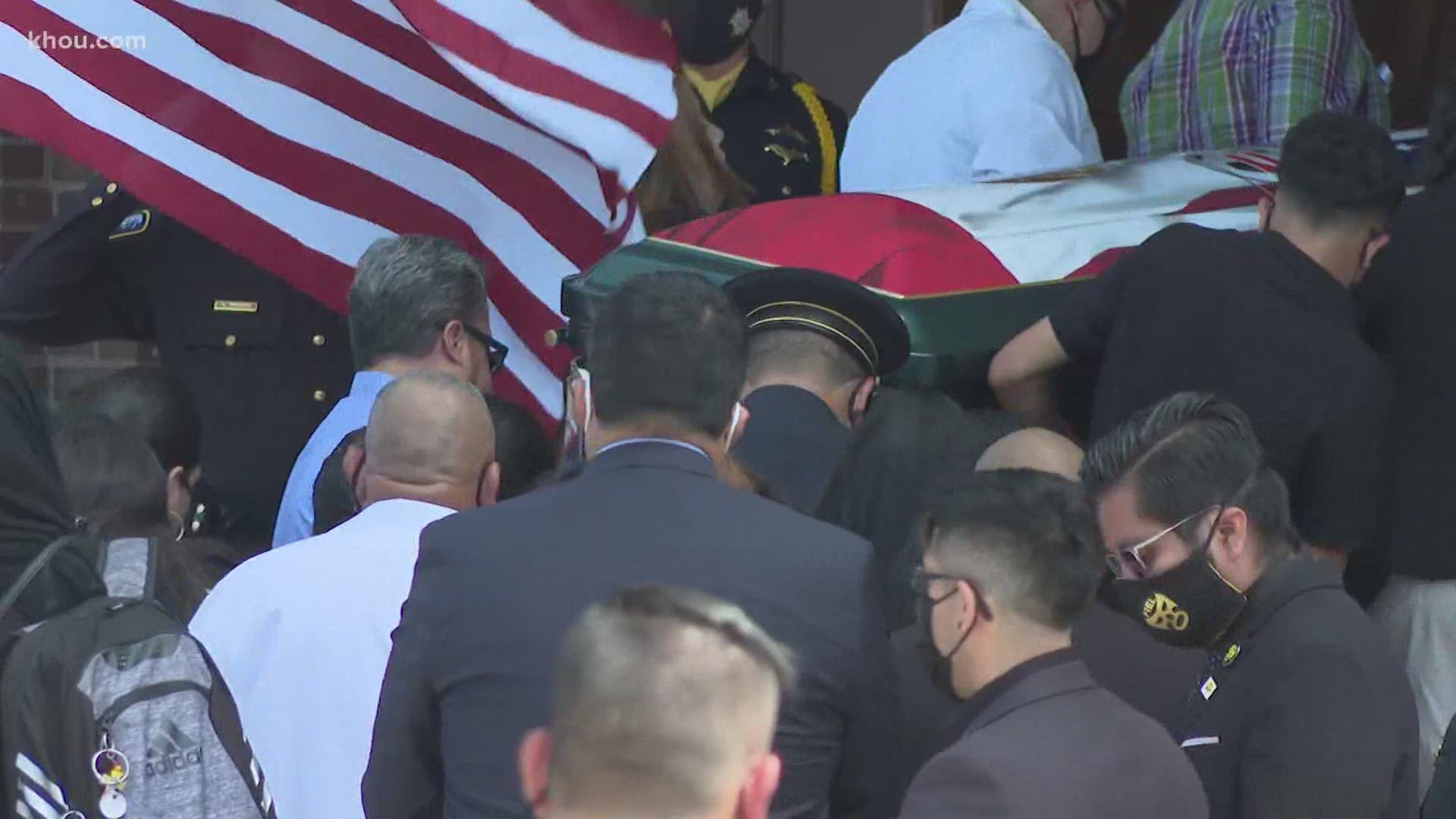 The 20-year-old Houston native and Chavez High School graduate was found dismembered in a shallow grave about 30 miles from Fort Hood, the Army base in Killeen where she was stationed.

Her family said she was being sexually harassed. Fort Hood investigators did not find evidence to support the claims. The Secretary of the Army asked the Department of Defense to do a full independent review of the case.

Guillen's death has put the way the U.S. military handles reports of sexual assault in the forefront.

Houston Congresswoman Sylvia Garcia said at Saturday's private funeral that the Congressional investigation will continue, and she is pushing for a bill that would change the way sexual harassment reports are handled, by allowing soldiers to report to a third-party investigator, taking the complaint out of the chain of command.

Houston Police Chief Art Acevedo said HPD began working with the Guillen family on Monday to independently confirm that the remains found belonged to Vanessa at the family's request.

Homicide investigators took DNA samples and sent them overnight to a lab in Denver on Monday, which confirmed the remains are Vanessa's.

"They don't trust Fort Hood. They're having a hard time trusting the military," said Chief Acevedo. “We did that because it was the right thing to do and it brought comfort to the family that they were bringing their own daughter to rest.”

Despite the privacy of the funeral, some Houstonians stood outside the church Saturday, including Roxana Mora, who held a Mexican flag, to acknowledge Guillen's Mexican heritage.

This man and woman having been holding the Mexican flag outside the church. @KHOU #khou11 #VanessaGuillen pic.twitter.com/6F1XL2qmlz

“I would very much hope that the military uses this opportunity to search in depth before they discard any claims," said Mora. “I’m sorry this happened to you, and your country stands behind you.”