Rainbow UA was started in response to conversations throughout the community discussing gender-neutral bathrooms in new and renovated Upper Arlington Schools. 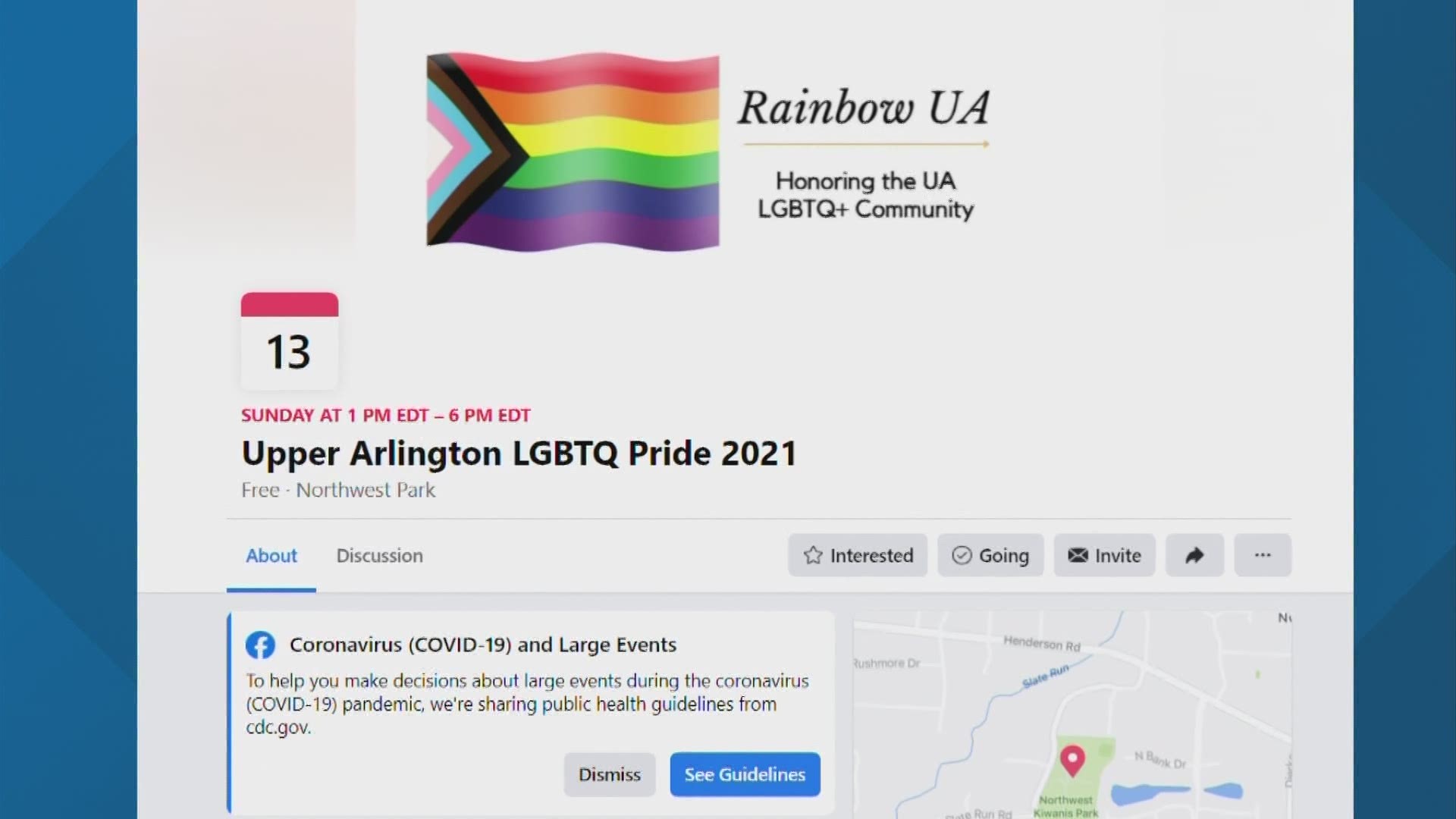 Rainbow UA was started in response to conversations throughout the community discussing gender-neutral bathrooms in new and renovated Upper Arlington Schools.

“A bit part of why we are going this is really for the students to make sure that they know that the community supports them, that we are here for them, and we hear what they’re going through. So we’re trying to make all their wish lists for Pride come true,” said Kathy Adams.

The event will feature a live DJ, information booths, a drag show, live theater, a best dressed pet contest and many other events for families from 1-6 p.m. at the Northwest Kiwanis Park on Sunday, June 13.

The school district installed Men and Women bathrooms in those six new schools, as well as bathrooms which would be accessible to any student. The bathrooms have locks and floor-to-ceiling doors.

A school board meeting held in May of 2021 brought many parents out to express support and concern for the bathrooms.

One parent said, “I’m concerned for the safety of my daughter and my son as well.”

The city of Upper Arlington told the district the bathrooms must be labeled to comply with Ohio code.

Adams said while conversations continue, students in the district are very aware of what’s being discussed, even talking with their parents about the need for more inclusivity and issues they’ve seen.

“There were things that students were experiencing in the schools that included homophobia,” Adams said, adding the idea of Pride came from the want to support students. “It started with a lot of conversations and a lot of leg work to figure out what was the best thing to do to uplift and support the LGBTQ+ community in Upper Arlington.”