Mark Cline was sitting in his living room when the doorbell rang. When he opened it, he found Gov. Mike DeWine who told him he won the $1 million. 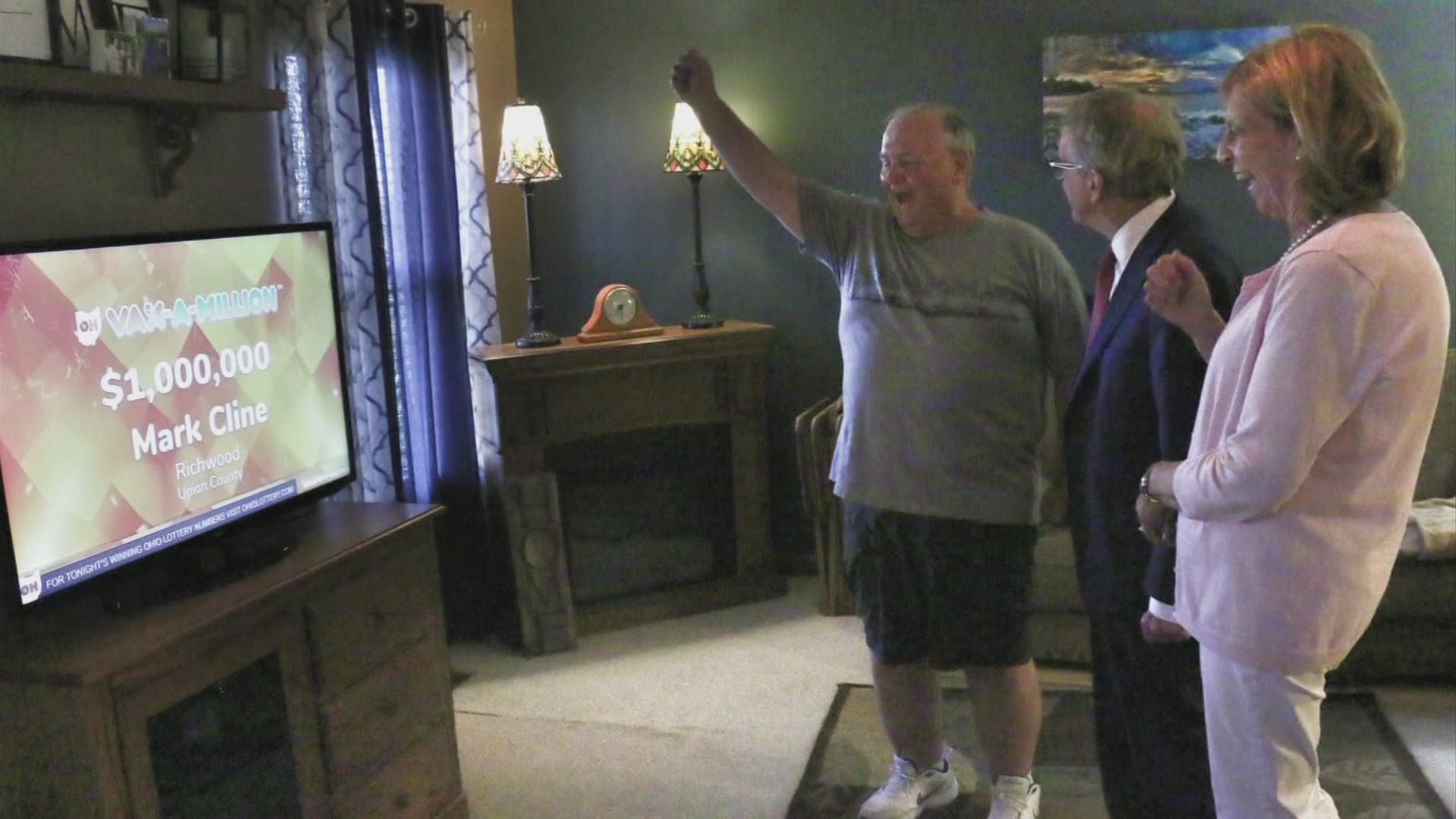 Someone rang his doorbell and his wife looked through their Ring cam and said "there's some guys out there in suits."

One of those guys just so happened to be Gov. Mike DeWine.

"I go to the door and open it up and I recognize Governor DeWine standing out there and I'm thinking 'OK, what's he here for?'" Cline said.

DeWine was there to let him know he is the next $1 million winner in the state's Vax-a-Million lottery.

Cline said after he got the good news from DeWine, he turned around to tell his wife.

The governor even stayed in Cline's home to watch as his name popped up as the winner on the television.

For the 64-year-old, it was a no-brainer to sign up for the Vax-a-Million.

"I thought it's just like playing the lottery, right? You gotta play to win," Cline said. "Now I never expected to win. You know, who wins? It's always somebody else. I never expected I'd win."

The Union County man said he got the Pfizer vaccine at the fairgrounds in Marysville. Cline and his wife got the vaccine as soon as they could.

"I think it's real important that everyone gets the vaccine. Everybody that doubts it, it was no big deal. Two little pinches and you were done," Cline said.

Cline said he's retired and not hurting for money, but he plans on using the money to help out his family and others. Meanwhile, his family is already planning their beach vacations.

To watch our full interview with Cline, watch here: