A video circulated online last month that appeared to show a sex act between two 16-year-olds during class at South High School. 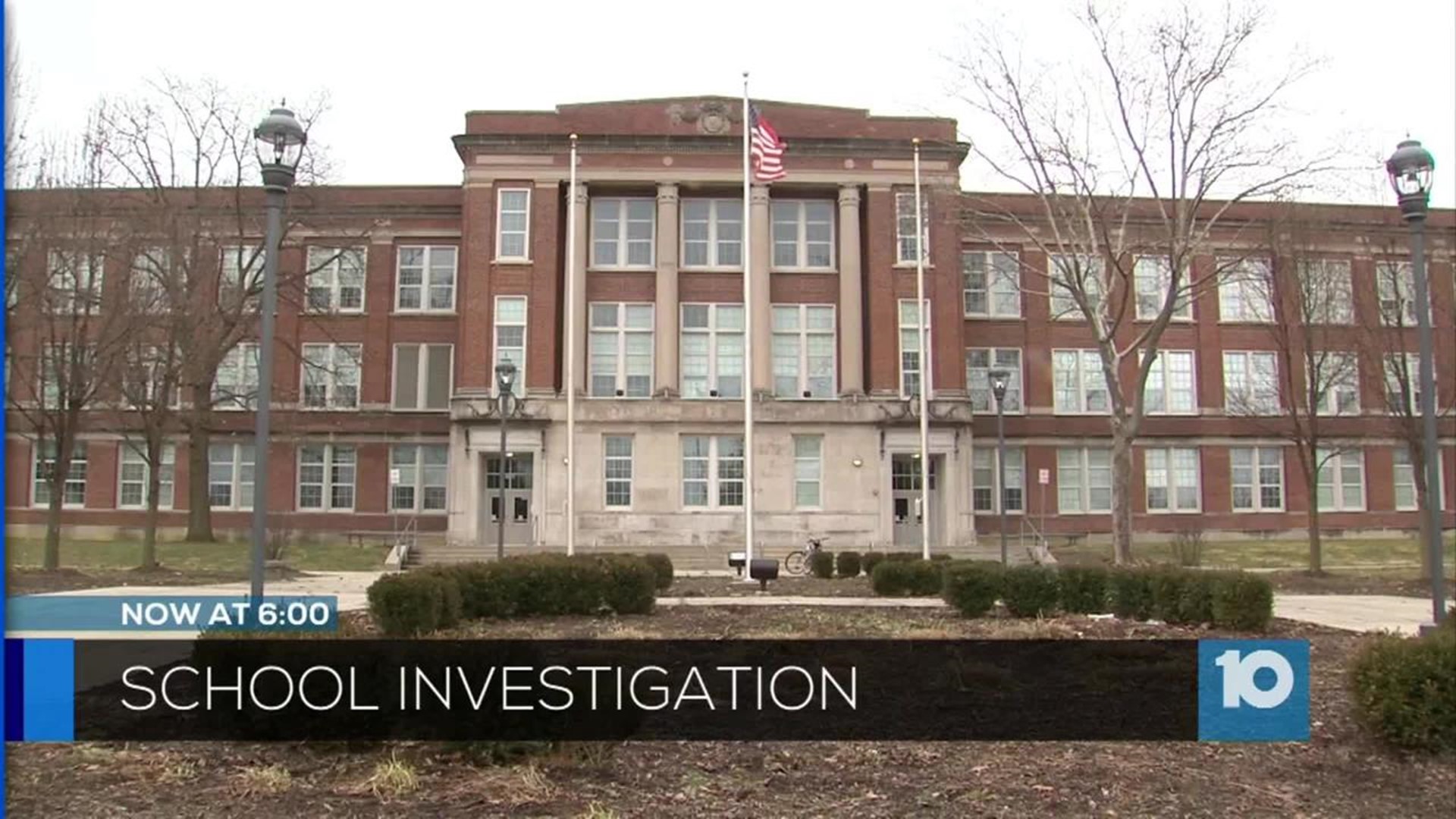 UPDATE: Two students are facing charges after a video circulated online last month that appeared to show a sex act between two 16-year-olds during class at South High School.

Both the male and female allegedly seen in the video were charged with one count each of public indecency.

A video circulating online appears to show a sex act between two 16-year-old students during class at South High School.

It was then posted online, where it has been shared thousands of times. Now students are suspended, and a criminal investigation is underway.

Parents tell 10TV they are appalled that something like this could happen inside a classroom under the supervision of a teacher.

Also on Twitter, where it's been re-tweeted thousands of times from one account alone. It shows a 16-year-old female, her face in the lap of a 16-year-old male.

She appears to be performing a sex act, or at least simulating one, while other students laugh and record with their phones.

"I'm in shock. I'm really in shock that this goes on in a classroom, in a school," said Vernetta King, the guardian of a South High student.

Columbus Police said it's more than not funny- it could be criminal.

"There is a charge that would cover something like this," said Columbus Police Sgt. Rich Weiner. "And it's under the public indecency charge. And what it covers is the simulation of a sexual act. And by the look at this video, it could or maybe not, apply to this situation."

But they say soon as school officials learned of it, they took immediate action, notifying Columbus Police and Children Services.

They say they've spoken to all of the students involved, and discipline is being issued. How many students, and how they were disciplined, the district won't say.

The district said the substitute teacher supervising the class that day is no longer eligible to work for Columbus City School.

But parents say if this could happen in a classroom.

"What else is going on that we don't know about?" asked Kelly Carroll. "I mean, anything could be going on."

Police say this should be an alarm for all parents.

"Students need to be aware- once you hit send, it's out there and you can't get it back," said Weiner. "And depending on what you're sending out, it could be a felony...even for a minor."

"Today they're teenagers, tomorrow they're adults," said King. "This could follow them forever."

10TV spoke with the mother of the female student in the video. She said her daughter is "very apologetic about what happened- she didn't mean to embarrass her school or her peers."

She said her daughter has been subject to intense online harassment since the video was posted.

"She made a mistake and she's learning from that now," the mother said.

South High School's Principal sent a letter home, notifying parents of the situation, and urging them to take the opportunity to have a talk with their kids. You can read the letter below.

As you know, my administrative team and I work very hard to ensure that our school and our South High 7-12 students represent the very best of our community. The purpose of this letter is to keep you informed of our continued efforts to ensure the safety of all students.

I learned this week of an inappropriate video posted to a social media account and shared with multiple account holders, involving several of our students during class. We have taken the appropriate actions to report the video and have requested that it be removed. I have also contacted the parents of the students involved and disciplinary action will ensue.

Please know that we take this issue very seriously. I have spoken with our students about the inappropriateness of the video and we have taken steps to make sure that situations of this nature will not occur again.

Per Board Policy, cellphones are not permitted in class during instruction time unless they are being used as part of the day’s lesson. Any cellphone being used otherwise will be confiscated and only returned to a parent/guardian.

I encourage you to have a discussion with your child about being responsible on social media, reminding them to think before they post and to:

1. Always consider that content will exist forever and be available to everyone
2. Don’t be hurtful towards others
3. Report inappropriate posts

I appreciate your partnership in helping to keep our school safe and students focused on learning.