Separate investigations into the deadly use of force and Ma’Khia Bryant’s experience in the foster care system are underway. 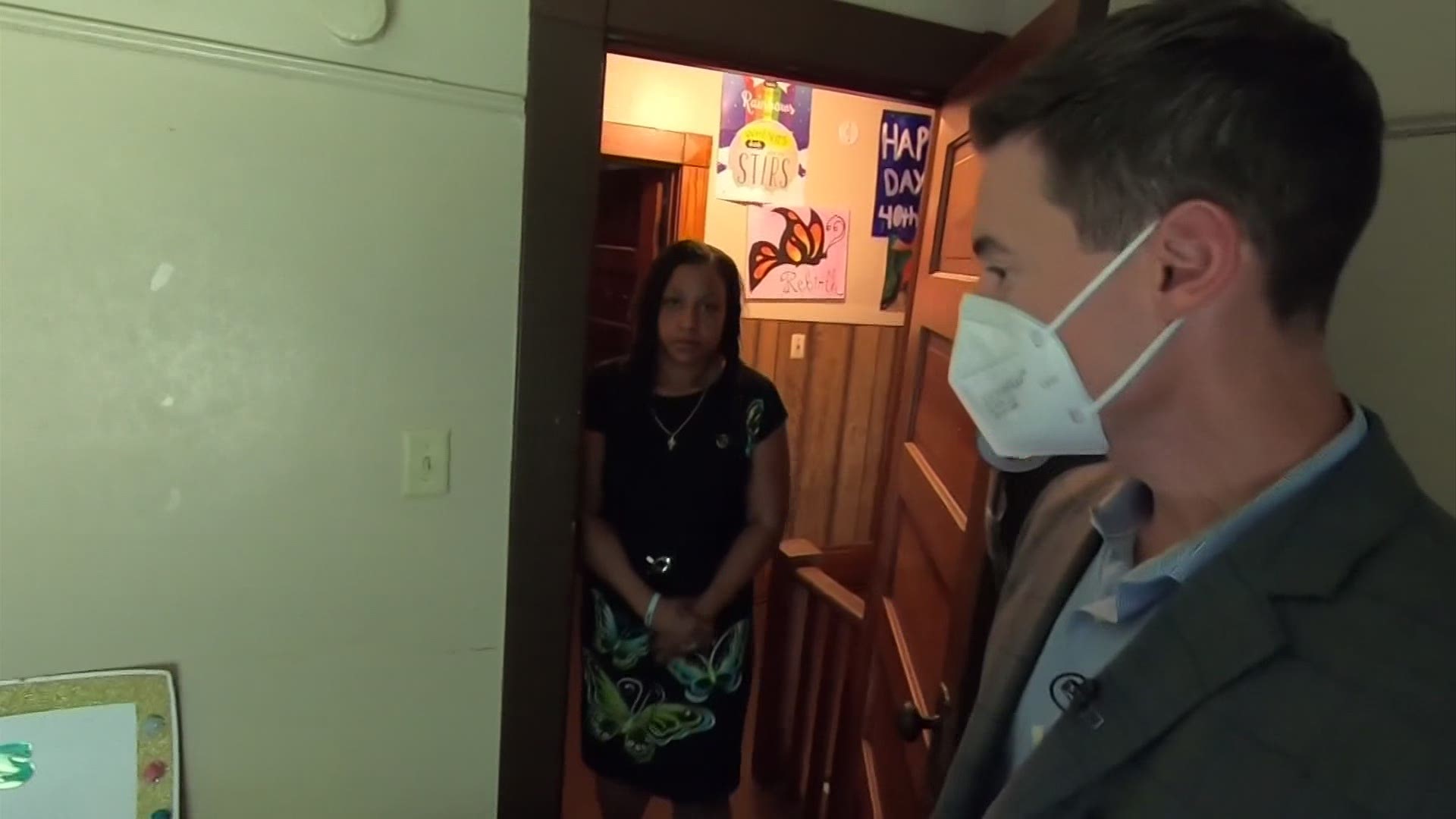 Some see Columbus Police Officer Nick Reardon using deadly force to respond to a threat as Ma’khia Bryant is seen holding knife in a confrontation with others.

Others see the same video much differently – as the adultification of a young Black girl who was killed unnecessarily by law enforcement.

Separate investigations into the deadly use of force and Ma’Khia Bryant’s experience in the foster care system are underway.

And earlier this month, Senator Sherrod Brown (D-Ohio), along with Congresswoman Joyce Beatty, called on the U.S. Department of Health and Human Services to take a deeper dive into the foster care system.

Ma’khia’s mother, Paula, said she feels like other procedures could have been utilizied “other than shooting my baby in the chest.”

During an hour-long interview with 10 Investigates, Paula Bryant opened up about how she is grieving, her concerns over the foster care system and the fatal shooting of her eldest daughter.

“I miss my baby and I am saddened how she left this earth,” Paula Bryant told Chief Investigative Reporter Bennett Haeberle. “No parent should have to bury their baby. And Ma’khia suffered a tremendous death if you ask me.”

The timing of Ma’Khia Bryant’s death came in the moments before a Minneapolis grand jury returned a guilty verdict against police officer Derek Chauvin for the murder of George Floyd.

The incident outside the foster home here in Columbus where Ma’Khia and her sister had been staying has also renewed calls and led to separate investigations into the foster care system.

Since 2016, Columbus Police have responded at least 29 times to the foster home on Legion Lane. Sixteen of those calls, police reports and dispatch logs show, were in reference to missing persons reports.

That does not include the run police made for the alleged assault and disturbance that preceded Ma’khia’s death.

Foster mother Angela Moore spoke briefly by phone this week with 10TV, but declined to comment while the investigations are ongoing.

During the interview, Paula Bryant acknowledged that her children have gone through several foster care placements in recent years – including several since 2018. Bryant shared with 10 Investigates records that state Franklin County Children Services took over temporary custody alleging “ongoing concerns” that Paula was “unable to meet the children’s basic, educational, medical and safety needs.”

A notation in the 2018 case file reviewed by 10 Investigates also states that “mother emphatically denies all allegations of abuse.”

Through a review of court records and interviews 10 Investigates conducted with Bryant and her attorney, Michelle Martin, Bryant and her children have had interactions with authorities and Franklin County Children Services dating back to 2005.

All have been dismissed with the exception of a 2018 family court case that Paula would like resolved in her favor – meaning she could be re-united with her children who are still in placements outside her home.

Since 2018, Paula said that Ma’khia had been a handful of different foster placements.

Paula acknowledged that there were challenges at home that led to Franklin County Children Services' involvement in taking over temporary custody.

She told 10 Investigates that Ma’khia had been in several placements in recent years prior to her most recent stay on Legion Lane.

Columbus Police records show Ma’Khia’s sister, Janiah, called Columbus Police in late March, telling a police dispatcher that she had gotten into a fight with her sister and wanted to leave. Another report alleged the foster mother was yelling at her.

When officers arrived, Janiah became upset and was taken for an evaluation, the record states.

“Families deserve to be together. Ma’Khia would still be alive today if she was allowed to be home with me,” Paula said.

From Paula’s perspective, she has an adequate home, but feels as though systemic racism within foster care system is at play.

A recent study published earlier this year by the Ohio Department of Job and Family Services, which oversees and works with county-based children services agencies, found that there was both disparity and a disproportionality of Black families within the Ohio foster care system.

African-American families made up 36% of people within the Ohio foster care system compared to 14% of Ohio’s population.

Senator Brown’s office has called on the U.S. Department of Health and Human Services to take a deeper look at the foster care system. Brown’s office acknowledged Thursday that HHS said it was in receipt of Brown’s request.

10 Investigates reached out to the HHS press office Thursday but so far has not heard back.

We also left a message on a social media platform for Officer Nick Reardon, but have not received a response.

A spokesman for the Ohio Attorney General’s Office said the investigation into the deadly shooting is still under way.

We also reached out to Franklin County Children Services with a number of questions about what oversight it provided to the house on Legion Lane, but a spokeswoman declined to comment, citing confidentiality and an ongoing investigation.