One person has died following a crash on I-270 in Gahanna. 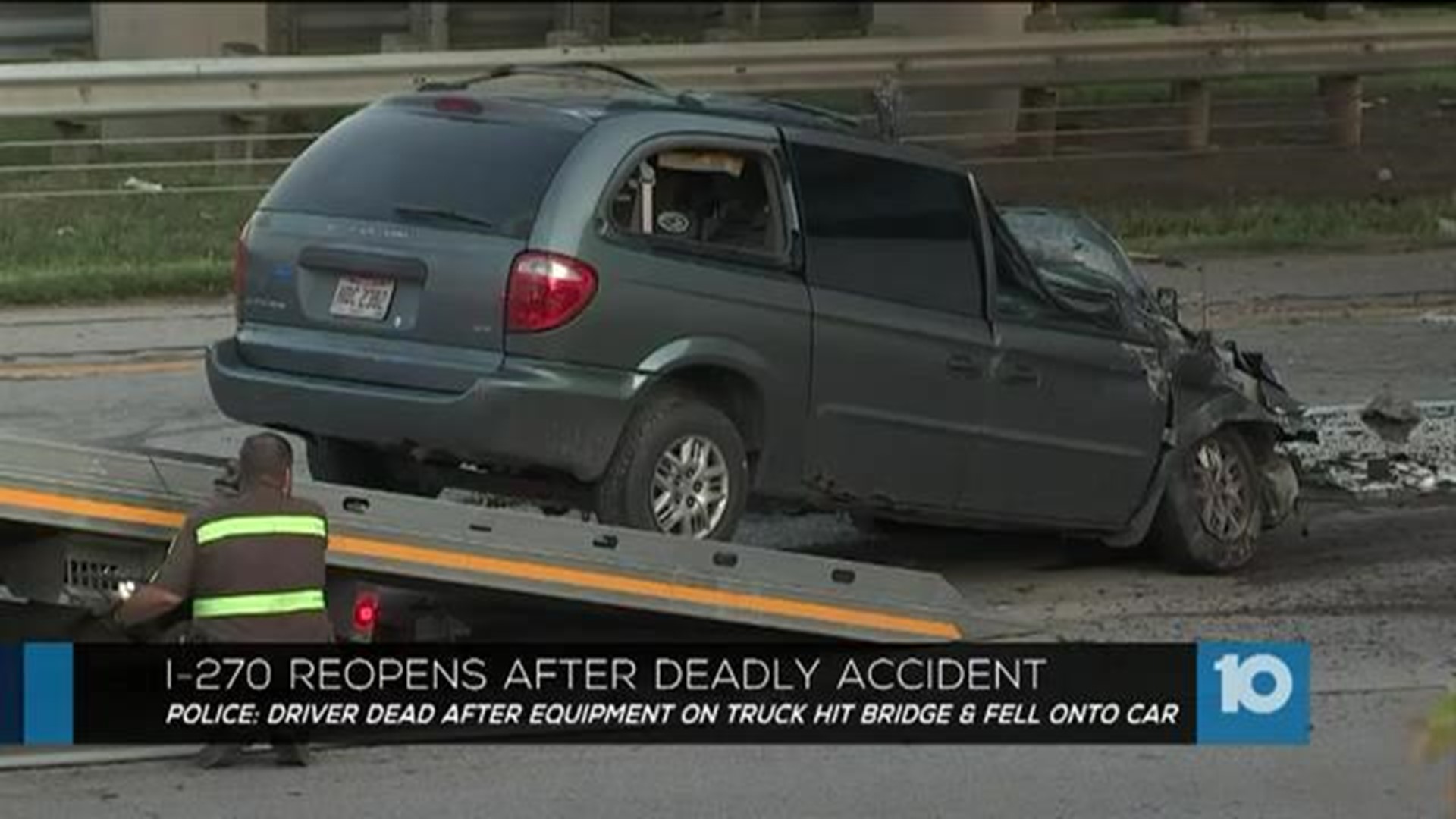 GAHANNA, Ohio - Interstate 270 north is back open on the east side between I-70 and Hamilton Rd after an early morning deadly crash.

A piece of heavy farm equipment being hauled on a semi-truck struck a bridge overpass and then fell onto a car behind it, according to police.

The driver of the car struck by the equipment was killed in the crash. Police identified the victim as 38-year-old Mohammed Mubaraka, of Blacklick.

Gahanna police said the driver of the semi, identified as Cody Dee Weathers, will be charged with aggravated vehicular homicide.

Authorities said Weathers operated the truck outside the provisions of the ODOT Special Hauling Permit resulting in the dust collector detaching from the trailer and ultimately the death of Mohammed.

According to ODOT, engineers determined that the structural integrity of the bridge was not compromised, however, traffic on Claycraft Road has been shifted to the center of the bridge for safety reasons.

ODOT maintenance crews removed any loose concrete from the bridge and cleared crash debris before it was safe to reopen.