Reynolds Travel is making plans for potential packages in Atlanta, Arizona and New Orleans. Now, fans just have to wait for the big announcement on Selection Sunday. 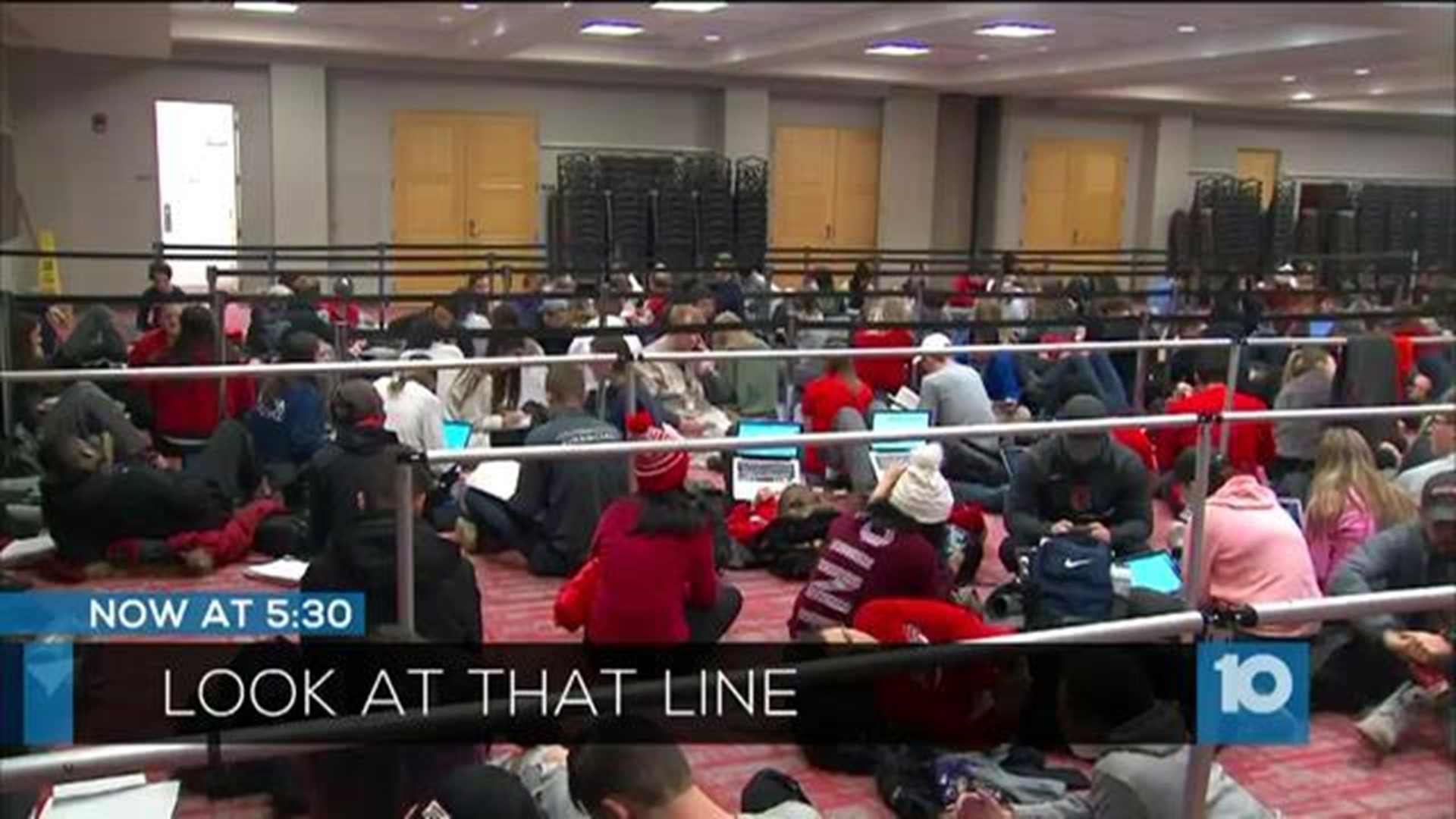 He's been in the travel and airline industry for 55 years now. And much of the focus for his company these days is on Buckeye mania.

"It’s busy, but it’s a fun time," Reynolds said. "I’m an OSU grad, I’m a crazy Buckeye football and basketball fan, and all sports the Buckeyes are in, but we’re all crazy. We were on pins and needles at the Michigan game when it started as how’s this going to turn out."

Reynolds Travel already has packages available for the Big 10 Championship. But some customers already are looking ahead to bowl games and the national championship.

Reynolds plans to offer packages wherever the Buckeyes play.

But the prices would significantly increase for a national championship package, where the game tickets alone would start around $450 for the game in New Orleans, according to Reynolds.

"This team has an unbelievable following, what they’ve done, people are really on board, so I think, especially for a national championship game, my gut feeling is there’s going to be more demand for tickets than there’s going to be tickets," Reynolds said. "And I think it’ll be, the last one out of Columbus, turn out the lights, so to speak, it’s going to be that big of a thing."

The Buckeyes bowl game will be announced on Sunday.

Reynolds says hyperlinks for his company's tour packages will be live on his website shortly thereafter.

Reynolds no longer accepts deposits ahead of time, but customers who are interested in the packages can call or email.