The STAR program is expanding thanks to a grant from the Ohio Attorney Generals Office. 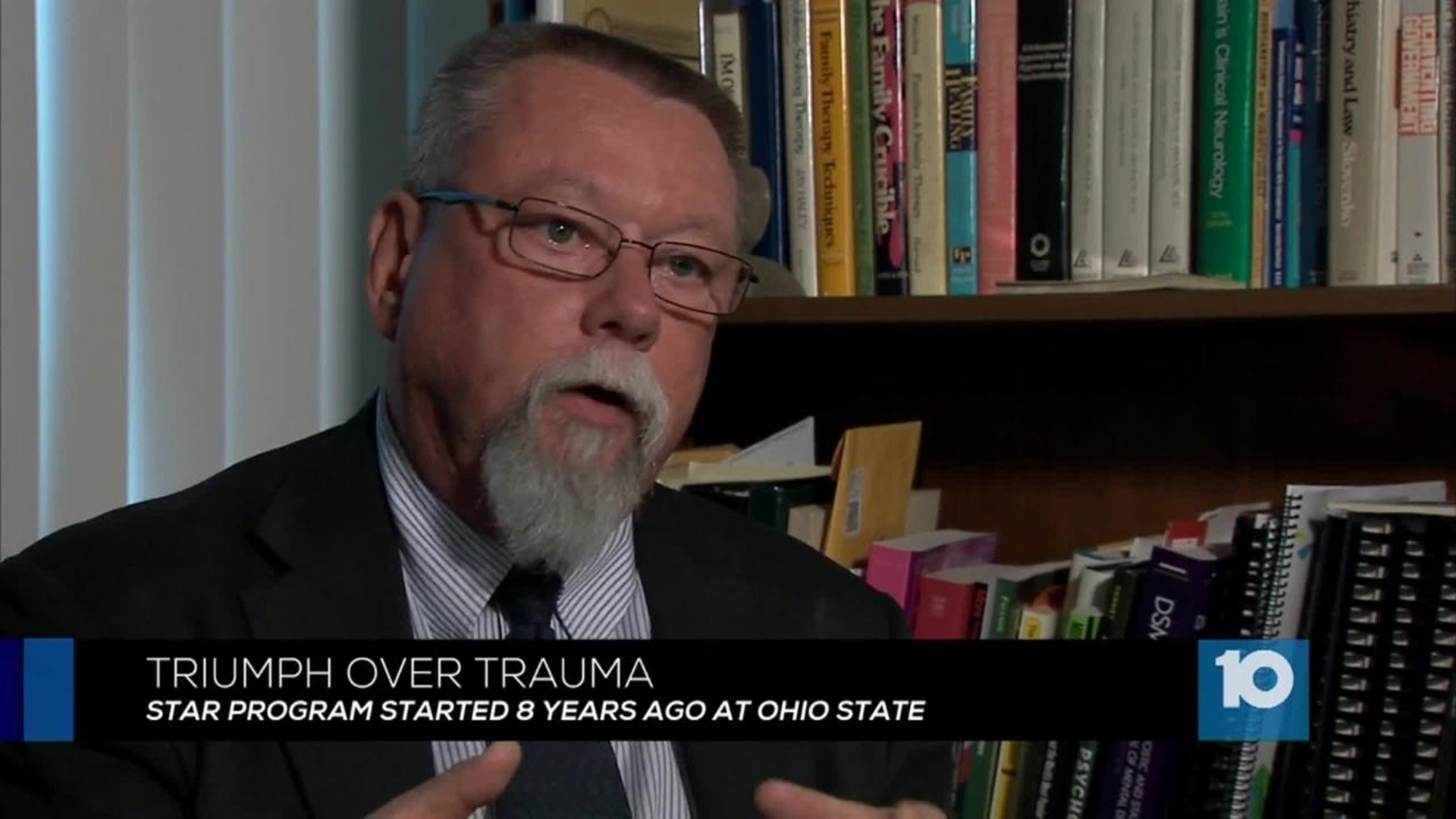 If you or someone you know has experienced a traumatic event, you can understand how debilitating it can be to return to a normal life.

But a program at Ohio State that specializes in trauma therapy is helping those who didn't think they needed it.

Adrienne Crawford is a trauma survivor. She credits the trauma therapy she received at Ohio State's Harding Hospital for saving her life and her marriage.

"When I first realized I had a problem I couldn't function at all it was hard for me to get out of my house," said.

In 2012, Crawford got out of her car and was walking towards her apartment when she was robbed.

"I was pregnant with my daughter and I was coming home from work. This guy came up to me with a gun and basically took my belongings," she said.

Crawford said a year went by before the crippling effects of that trauma took a hold of her life.

"If I did go out I couldn't go out alone and if I did go alone I would go into a full panic," she said.

Her husband referred her here to the STAR program. Doctor Kenneth Yeager started the program eight years ago.

"When you’re traumatized, the amygdala in the small part of your brain fires off a neurotransmitter that triggers the fight or flight response for the person who has been traumatized they can't turn that off," he said.

In therapy, trauma victims learn how to control their anxiety.

"We work the patient through the process of healing the trauma," he said.

Until now, treatment was limited to those who could afford it. But thanks to an $840,000 grant from the Ohio Attorney General's Office, Ohio State will use the money to pay for more people to get help.

"Of the people who don't get services that need services 60 to 90 percent won't reintegrate into society,” Dr. Yeager said.

That's not the case with Crawford who got help and put the trauma behind her.

"Seeing the difference it’s made in my life I'm a believer," she said.

Dr. Yeager believes the grant money will quadruple the number of people who will get the trauma therapy they need.