When Katie Tyo moved into Marion White’s neighborhood more than 30 years ago, she never knew the journey they would eventually take together, bonding them for life. 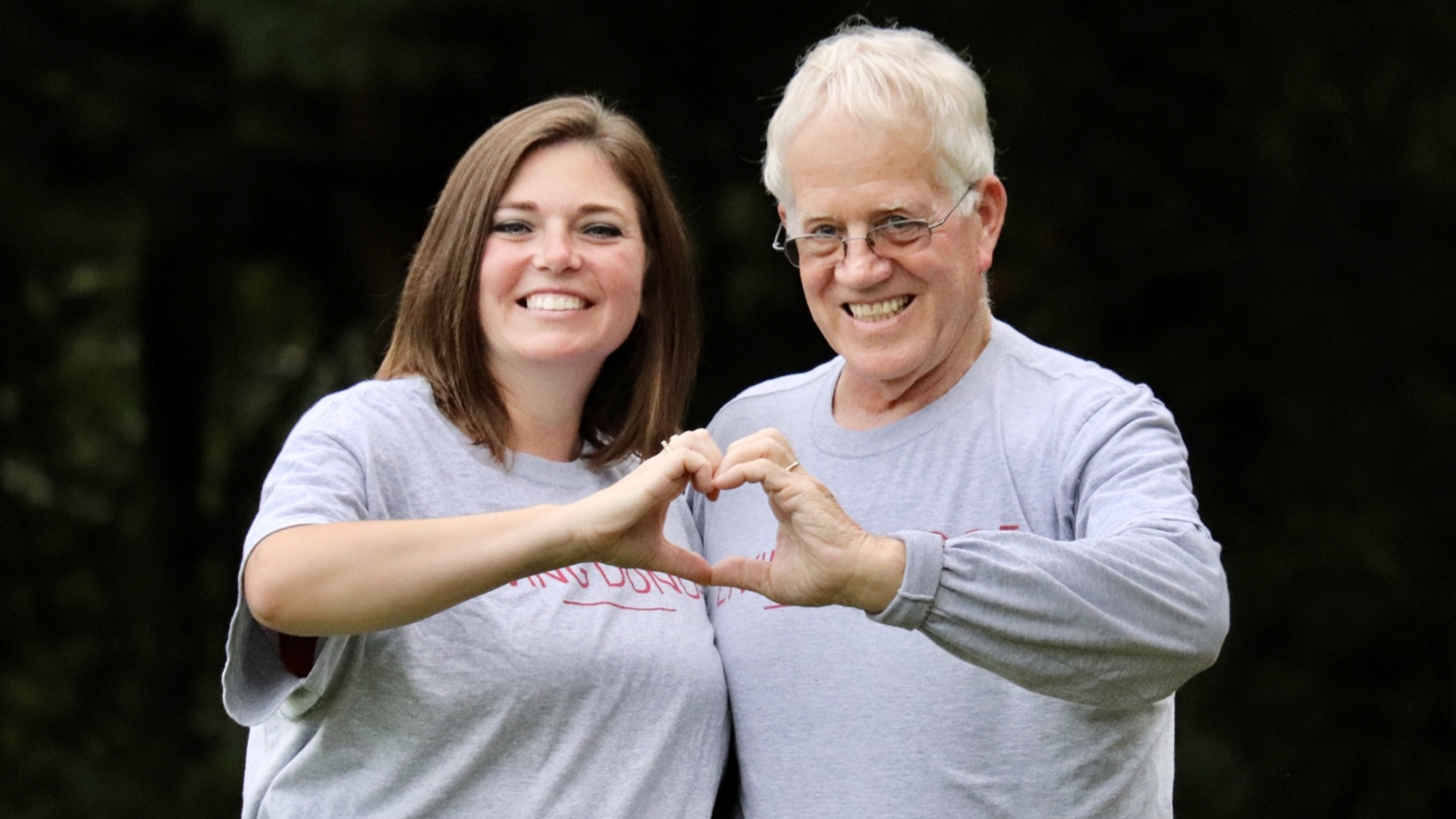 COLUMBUS, Ohio — Marion White is not one to share his feelings easily.

“That’s correct,” he said when asked if that were true.

But he agreed to share his story in hopes it would send a message.

He recently sat down to chat with 10TV alongside his longtime neighbor Katie Tyo.

Tyo moved to White’s Thornville neighborhood with her parents 33 years ago when she was just 3 years old.

She recalls her parents spending a lot of time, including a monthly date with other couples, with White and his wife, Pam.

It’s a tight-knit community there, so it took a hit last year when White got sick.

It was June of 2019, and White found out an enlarged prostate was causing his kidneys to fail. Soon he was on dialysis. Then, he was told he needed a kidney transplant.

“It’s been devastating for me, you know, and all the steps I had to go through,” he said.

Those close to White wanted to help, including Tyo’s own mother. But that’s when she stepped in to put a stop to it.

“I said, nope, no you’re not,” Tyo said she told her mother. “You’ve never had a major surgery, you can’t tolerate pain meds, I’m going to go get tested.”

She did. And Tyo learned she was a perfect match.

So, the stage was set. And, on Aug. 14, 2020, the two neighbors headed to OSU Wexner Medical Center – 45 minutes early because White was driving – to have surgeries that would change their lives.

Tyo donated her kidney to White.

Still, the two recovered extremely well, with White feeling that spring in his step a bit more quickly than Tyo.

“I think it was like on Day 8 or something, Marion sent me a text and said, what are you doing,” Tyo recalled. “I said, I’m sitting in the chair. He said, I just walked 1.3 miles. You need to get up, you gotta get moving.”

So they started to do morning walks together, and now, three months post-surgery, they both say they feel great.

“I hated to see her go through all that pain, but that’s what angels do,” White said.

Now White will have his very own angel here on earth, just up the road. And Tyo said she’s not planning on moving anytime soon.

“He has to come to all my birthday parties now,” Tyo said. “It’s my new family. That’s all I can say.”

The two are sharing their story to encourage others to consider kidney donation.

Dr. Reem Daloul, who helped with parts of White’s post-surgery care, says more than 90,000 patients are waiting for kidneys in this country.

“So there are a lot of people who could be helped by getting such a gift from a lot of the healthy people in the community,” Dr. Daloul said. “We just need to spread the word to let them know that it is a great thing to do, and that the medical team is always on the donor’s side. We always want to make sure that they’re safe and that they’re not jeopardizing their health by doing such an amazing job.”

Dr. Daloul also points out that the procedure has greatly evolved. Now, most surgeries are done laparoscopically, with minimal recovery time.

“You are literally giving part of yourself, like how often do you do that, taking part of your own body that’s completely healthy that’s not giving you any problem, and just donating it and giving it to somebody else,” she said. “I don’t think there’s anything more generous than this, period. You know, honestly.”