From addiction to adoration: The story of Alisha Stiers

The problem with hearing is that, too often, it’s confused with listening. 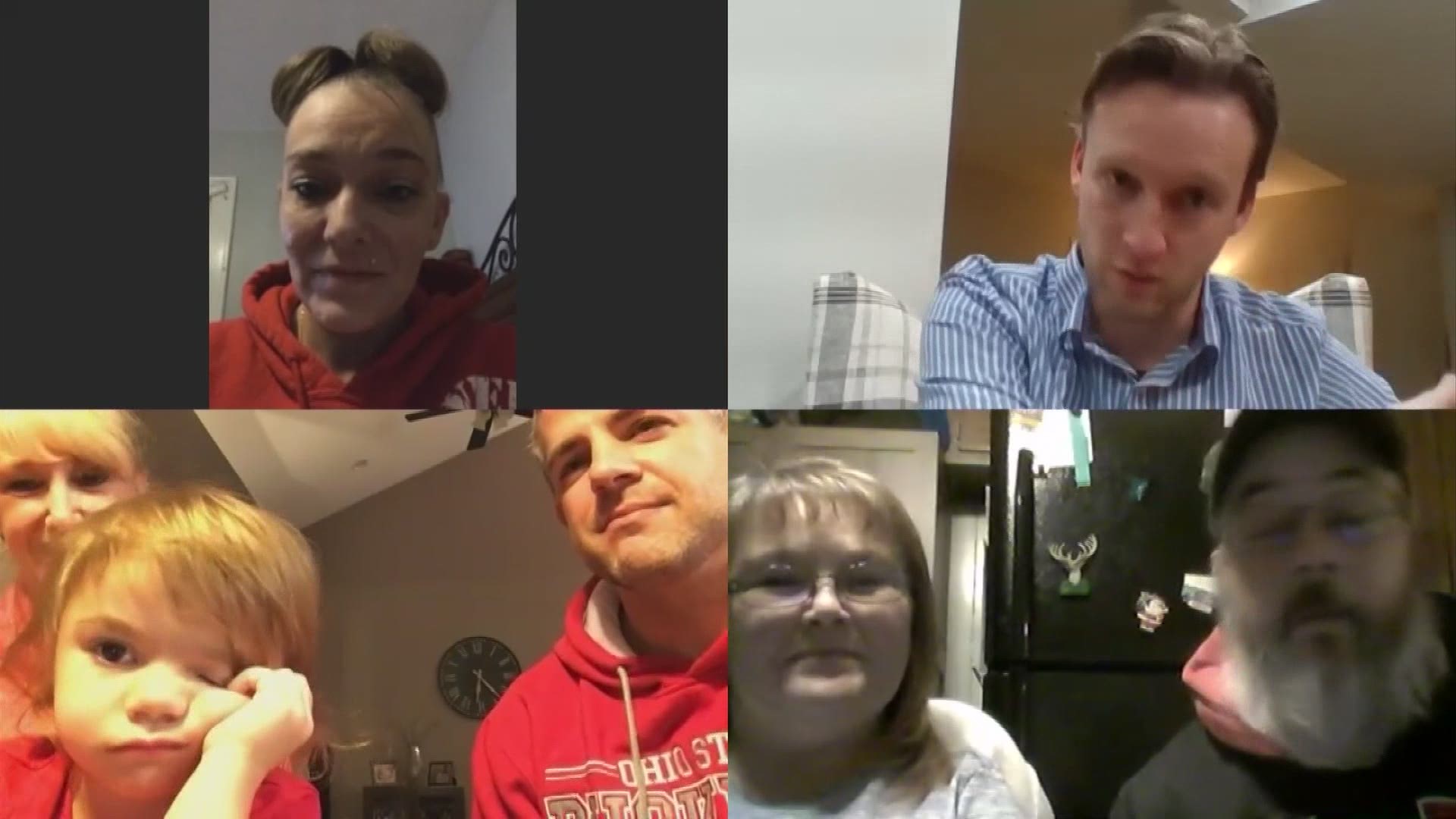 The problem with hearing is that, too often, it’s confused with listening. Just listen.

Alisha Stiers’s story was a foundation for a life of difficulty. She was born addicted to drugs, passed on by her mother.

In high school she got into marijuana, drinking and partying. In her 20s she moved to pain pills and opiates.

“That’s when our addiction with the opiates took off real bad,” she said.

She says after her children’s father fell off a ladder and broke his arm, doctors gave out prescription pain pills like candy to help treat him.

For Alisha that lead to bigger pills and, eventually, heroin followed by an unforgiving downward spiral.

“My kids' dad went to prison so I was stuck out here by myself, five months pregnant with Baileigh,” she said.

The mother-of-four, with another on the way, juggled full-blown addiction while in-and-out of different homeless shelters.

Then, she says, perhaps for the first time, someone listened. It was Dec. 18, 2017, and that person wore a black robe.

“I kind of went in [to court] and I told the judge that I needed them to take my kids,” she said. “To me, I felt like that’s what I needed to get my life back on track.”

She says the court was already going to take her four children. That’s where a husband and wife enter the picture with a unique last name and an uncommon spelling: Shena and Craig Justus.

“It’s just us,” Craig Justus said while laughing over a Zoom call.

The couple fostered all four of Alisha’s children: Breonna, Brooke, Dustin Jr. and Cash, ranging in ages from 5 to 12 for the next 12 months.

“I know very well Alisha didn’t like me at first,” Craig said. “That was great because most of these stories don’t turn out this way.”

No, they don’t. But, before we get to the ending, we have to back up.

After the Justuses first became foster parents, Alisha was arrested in January 2018 on a string of charges including drug possession and having a manmade controlled substance. She was sentenced to nine days in jail.

“Within those nine days I was detoxing off of heroin [and] I went into labor with Baileigh,” Alisha said.

A short-lived three days in the hospital before Alisha had to leave her newborn and finish her jail sentence. She says it forced her to listen to her own inner voice.

“When I got out of jail I went up to the hospital and that’s when I made a promise to myself and my children that I was going to change my life and we [were] not going to live down that road no more,” she said.

As for the newborn, Baileigh, all 18 inches, 5 pounds, 6 ounces of her went to live with another husband and wife.

“We were the ones that went up to the hospital and brought her home with us,” Frank Lynch said. “She lived with us for about a year.”

Frank and Teria Lynch say they got into fostering for the experience. They stayed for the connection.

Baileigh, almost 3 years old now has been back in the custody of Alisha (as all of her children have) for almost two years.

The Lynches, though, stayed a part of Baileigh’s life. In fact, during their Zoom call, Baileigh was over at the Lynches house during her weekly overnight stay.

It's the exception, not the rule. Mr. Justus said it: stories don’t turn out this way. And, he’s right. They don’t normally.

The Justuses and the Lynches say maybe that’s part of the problem; not investing in the solution.

“They’re kids, they’re us,” Mr. Justus said. “They grow up to be whatever they want to be. The drugs and stuff that’s just holding them back and messing things up for them.”

A support system that constantly is there to pick us up, to correct setbacks and to encourage leaps forward.

A support system to listen.

“We jumped into this for that experience and, like Shena and Craig said, we got a family out of it,” Mr. Lynch said. “It’s turned into so much more than just filling in as a foster parent.”

“A lot of people look at me like I’m crazy,” Alisha said. “They’re like, well, where’s your kids? And I’m like they’re with their foster parents. And people just look at me [and say] you still allow them in your life? And, I’m like yes, I allow them in my life because they stepped in and helped me in a time that I needed help the most.”

After completing drug court Alisha regained full custody of her five children. She has a job working at Clean Turn, which is a second chance company that hires convicted felons helping to break a stigma. The company’s vision is to show a person’s past does not dictate their future. Alisha has a house and is in the process of buying a car.

Arguably, most importantly, she feels and is doing better. Jan. 13, 2021 marks her three year anniversary of being clean.

“It’s definitely worth it in the end,” she said. “You just got to not give up and keep pushing forward.”

Words from a former addict to you. To anyone who is now where she was not long ago. Words to those who might be struggling.

“I would tell them just to never give up,” Alisha said. “I know some days you wake up in the morning and you feel like that’s all that life has to offer you. But, it’s not.”

A plea to hear her testimony and know with the will and the support behind ever addiction there is a person. A person with a story. A story worth listening to.