"This is not a protest. This is not in the spirit of Martin Luther King Jr. This is chaos." 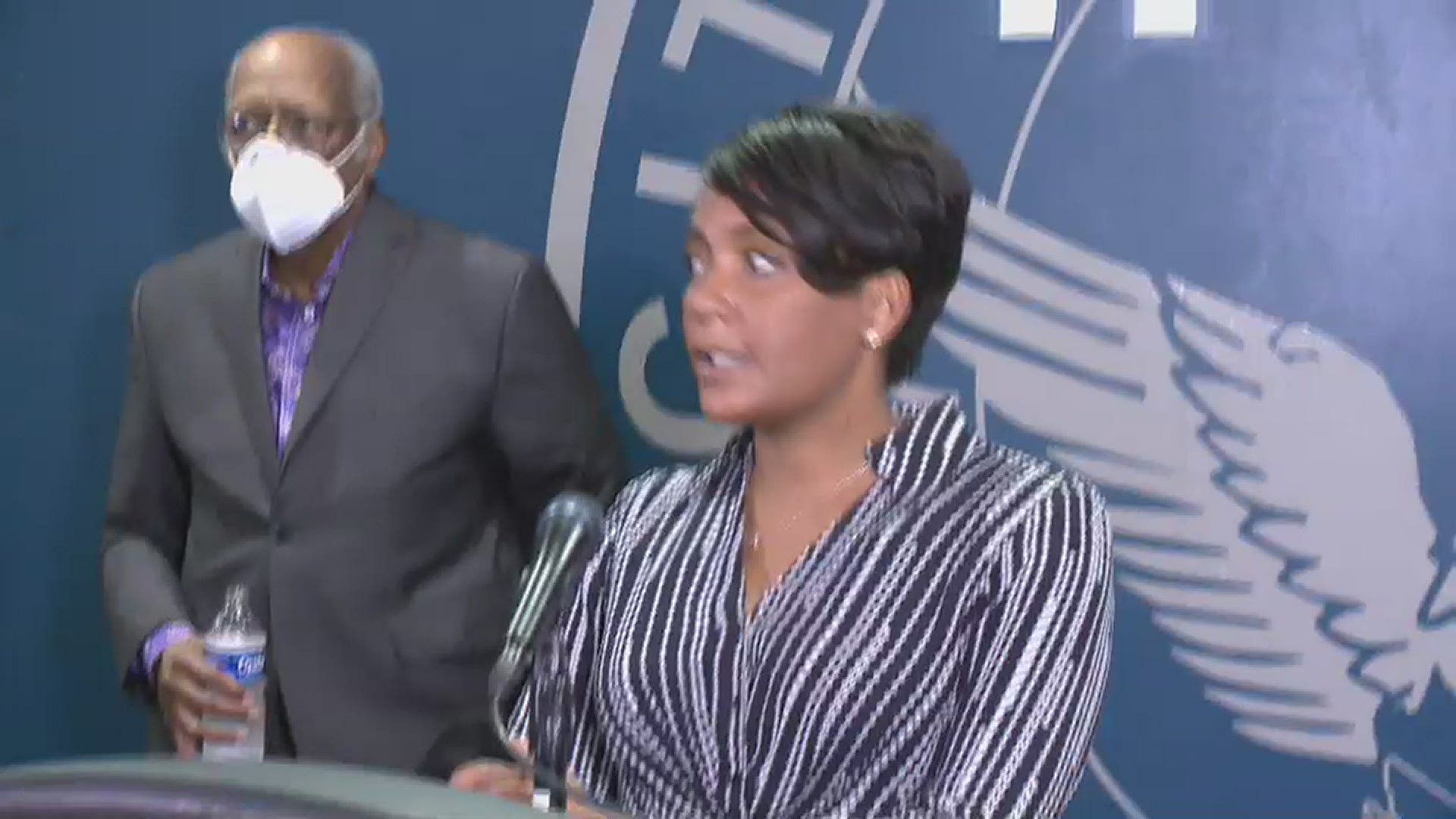 The following is a transcript of Bottoms' speech:

Above everything else, I am a mother. I am a mother to four black children in America, one of whom is 18 years old. And when I saw the murder of George Floyd, I hurt like a mother would hurt.

And on yesterday, when I heard there were rumors about violent protests in Atlanta, I did what a mother would do. I called my son and I said, ‘Where are you?’ I said, ‘I cannot protect you,’ and black boys shouldn’t be out today.

So you’re not going to out-concern me and out-care me about where we are in America.

This is not a protest. This is not in the spirit of Martin Luther King Jr. This is chaos.

A protest has purpose. When Dr. King was assassinated, we didn’t do this to our city. So if you love this city -- this city that has had a legacy of black mayors and black police chiefs and people who care about this city, where more than 50 percent of the business owners in metro Atlanta are minority business owners -- if you care about this city, then go home. And pray that somebody like Reverend Beasley will come and talk to you and give you some instructions on what a protest should look like and how you effectuate change in America.This police chief [Atlanta Police Chief Erika Shields] made a video on yesterday -- pull it up on YouTube -- where she said she was appalled to watch the murder of George Floyd. This woman did that.

You’re not honoring the legacy of Martin Luther King Jr. and the Civil Rights movement. You’re not protesting anything running out with brown liquor in your hands and breaking windows in this city.

T.I., Killer Mike own half the Westside. So when you burn down this city, you’re burning down our community!

If you want change in America, go and register to vote! Show up at the polls on June 9. Do it in November. That is the change we need in this country.

And in the same way I couldn’t protect my son on yesterday, I cannot protect you out in those streets.

You’re drawing knives at our police officers. You are burning cars.

You have defaced the CNN building.Ted Turner started CNN in Atlanta 40 years ago because he believed in who we are as a city. There was a black reporter who was arrested on camera this morning who works for CNN -- they are telling our stories. And you are disgracing their building.

This is not the legacy of civil rights in America. This is chaos, and we’re buying into it.This won’t change anything. We’re no longer talking about the murder of an innocent man.

We’re talking about how you’re burning police cars on the streets of Atlanta, Georgia.

These are some of the Atlanta stores that have been vandalized, looted

Atlanta Target store burned and fireworks were set off inside, officials said

Live updates: Kemp declares state of emergency after night of violence in Atlanta

1 / 21
AP
Bill Tracy, of Atlanta, cleans up glass in the aftermath of a demonstration against police violence on Saturday, May 30, 2020, in Atlanta. (AP Photo/Brynn Anderson)