Jaden Churchheus and Jordan Buckley were indicted on charges of murder, reckless homicide and involuntary manslaughter in the death of Victoria Schafer. 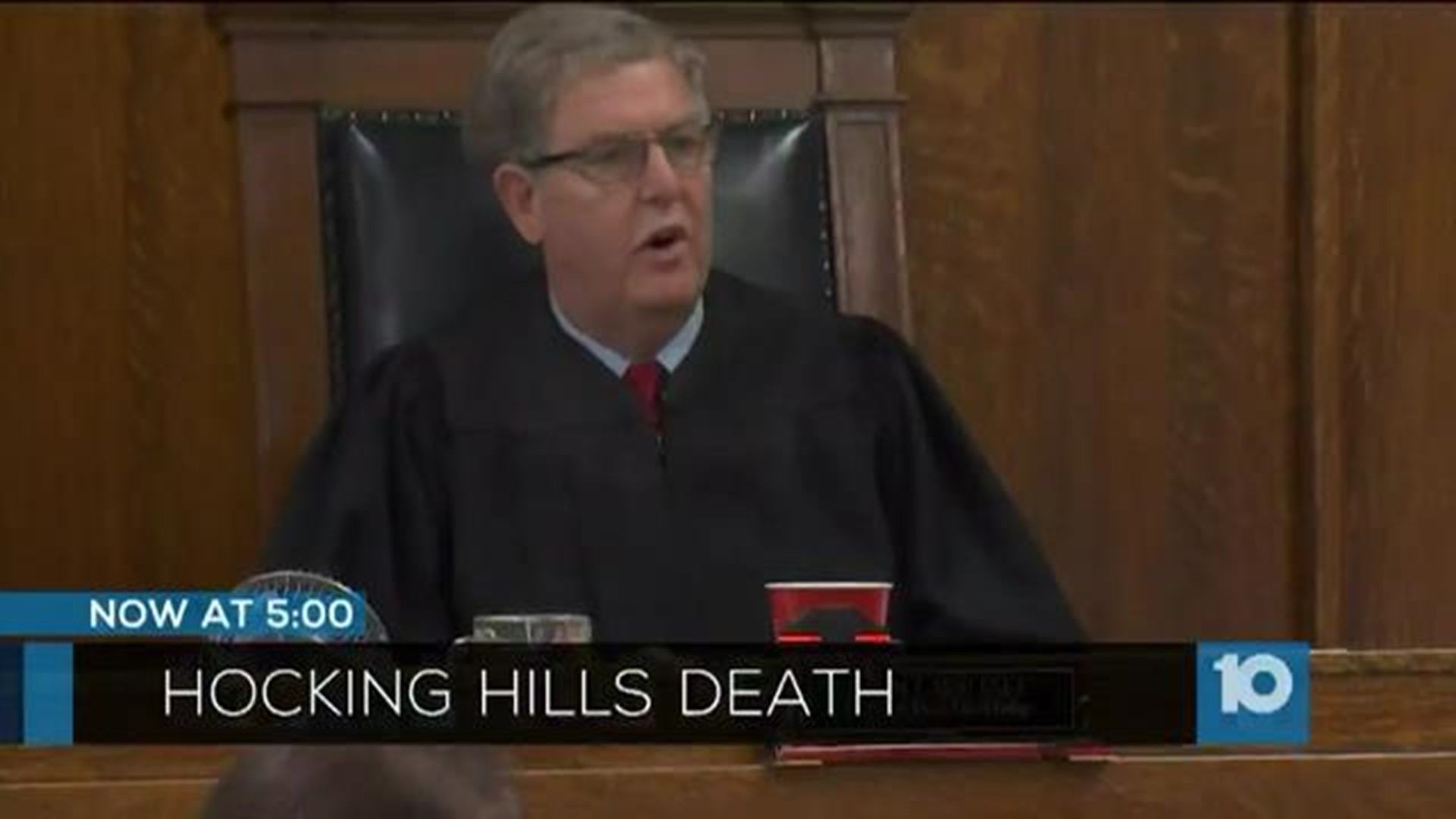 The two teenagers charged with murder in a woman’s death at Hocking Hill State Park pleaded not guilty in court on Friday.

Sixteen-year-olds Jaden Churchheus and Jordan Buckley were indicted on charges of murder, involuntary manslaughter and reckless homicide in the death of Victoria Schafer, a Chillicothe photographer, wife and mother of four.

Schafer, who was taking photos with a group of students, was struck and killed by a 74-pound, 6-foot-long log while sitting on the stairs at Old Man’s Cave on Labor Day, Sept. 2. She was killed instantly.

Since their arrests in October, the two teens have been housed at the Multi-County Juvenile Detention Center in Lancaster. Their charges were later upgraded to include murder, and a judge decided they would be tried as adults.

Friday was their first appearance in Hocking County Common Pleas Court for their arraignment. Earlier in the week, the judge issued a gag order, blocking all attorneys in the case from making comments outside of court that could influence pretrial publicity.

The judge ordered both Churchheus and Buckley to be released to their families on $100,000 recognizance bonds. They will be under house arrest with electronic monitoring. They also will not be allowed to communicate in any way with their co-defendant, witnesses or other juveniles, excluding family members.

The two also will not be allowed to leave the state or attend public school, so they will have to be tutored or attend a virtual academy.

“It’s very important that you follow every single restriction that I have put on you and your behavior,” Judge John T. Wallace said. “If you don’t, you’ll immediately be returned to detention.”

Also on Friday, Ryan Shepler, who represents Churchheus, filed a motion to request funds to retain an expert witness. The memorandum in support of that motion reveals new information regarding the four teenagers at the park on Labor Day.

Churchheus and Buckley were there with two teenager girls, 19-year-old Miranda Spencer, and another juvenile.

The memorandum states that two of the four teens claim Churchheus kicked the log off the cliff, while the other two claim Buckley kicked it.

It goes on to say that the expert would testify that, based on where the log landed, it could not have been thrown by both teens but only kicked by one of them. This expert has a doctorate in theoretical and applied mechanics and would be willing to testify.

The next court dates for both Churchheus and Buckley are set for mid-December.