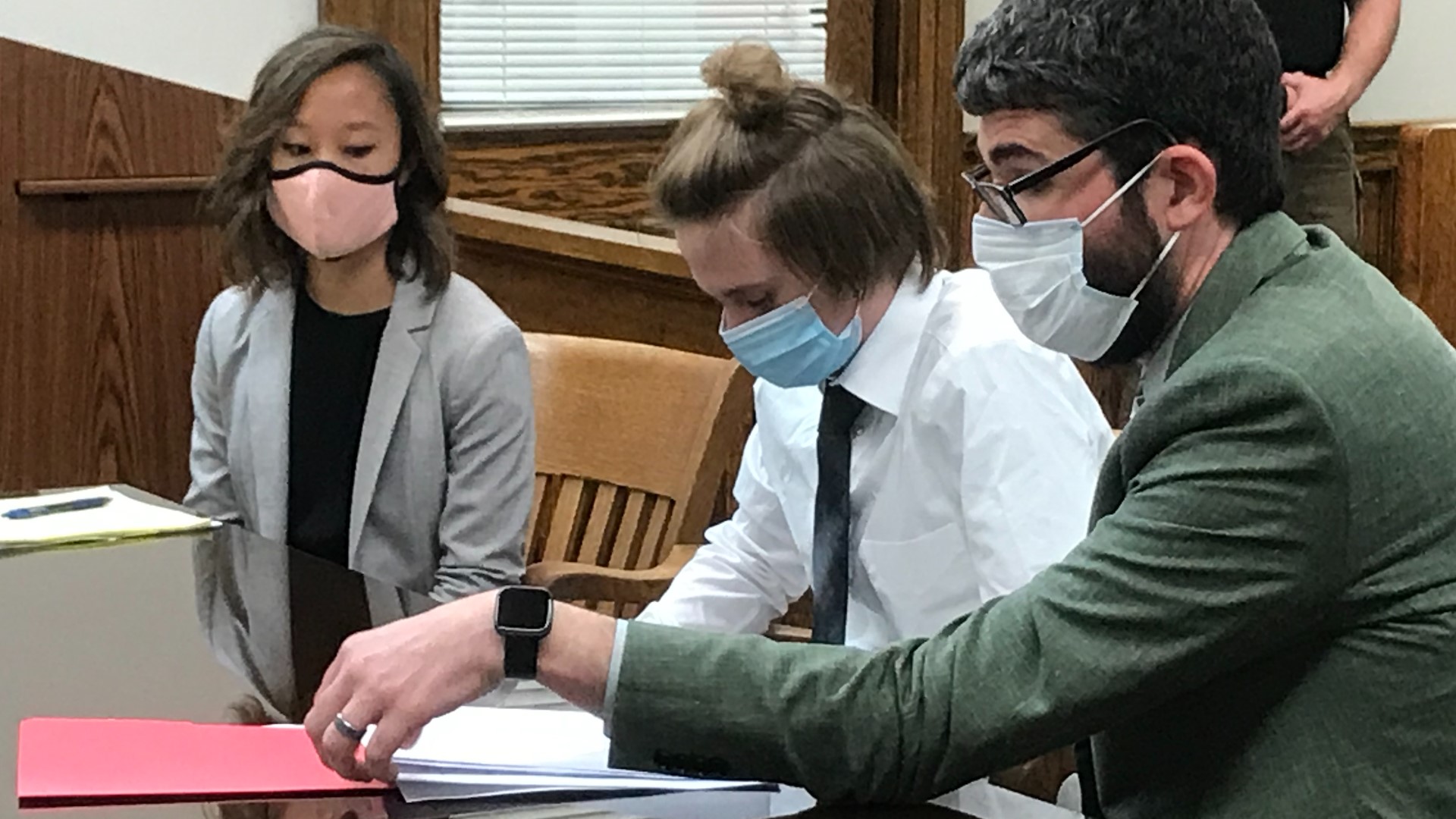 More than a year after a log plunged off a cliff at Hocking Hills State Park, killing 44-year-old Victoria Schafer, one of the teenagers charged in her death is admitting to his crime.

On Wednesday, 17-year-old Jaden Churchheus pleaded guilty to one count of involuntary manslaughter, a first-degree felony. As part of a plea agreement, the other two charges he was facing, murder and reckless homicide, were dropped.

On Labor Day of last year, Churchheus and fellow defendant Jordan Buckley, now 17, were at the park with two teen girls.

Investigators say the two boys, then 16, forced a 6-foot, 74-pound log off a cliff at Old Man’s Cave. That log landed on Schafer, a Chillicothe photographer, as she was taking photos of area students. She was killed almost instantly.

Right away, investigators say they found signs that the log falling was not accidental. But it was not until weeks later that a tip led them to Churchheus and Buckley. The two high-schoolers were arrested and later charged with murder, involuntary manslaughter and reckless homicide. And it was determined that the two would be tried as adults.

Both initially pleaded not guilty to the charges. But now, more than a year after Schafer’s death, Churchheus has changed his plea to guilty.

The judge accepted the recommended sentence of 3 to 4.5 years, with time served, but put a stay on that sentencing so the case can be moved back to juvenile court. That hearing is set for Oct. 15.

Meanwhile, Buckley also is set for a similar change-of-plea hearing on Sept. 25. His final sentencing also would happen on Oct. 15 if the case proceeds in the same way as the Churchheus case.

On Wednesday, Churchheus spoke to the court and offered an apology.

“That day at Old Man’s Cave, I never would have imagined that my actions would result in this,” he said. “I have thought about the fact that I caused someone’s death every day since it happened, and I will carry that with me for the rest of my life. I appreciate the kindness of Ms. Schafer’s family, the attorney general’s office and the prosecutor’s office in giving me a second chance. I realize that nothing I say can bring Ms. Schafer back, but I am truly sorry.”

Fritz Schafer, the husband of Victoria Schafer, was in court on Wednesday. He indicated he would speak at the final sentencing hearings in juvenile court.