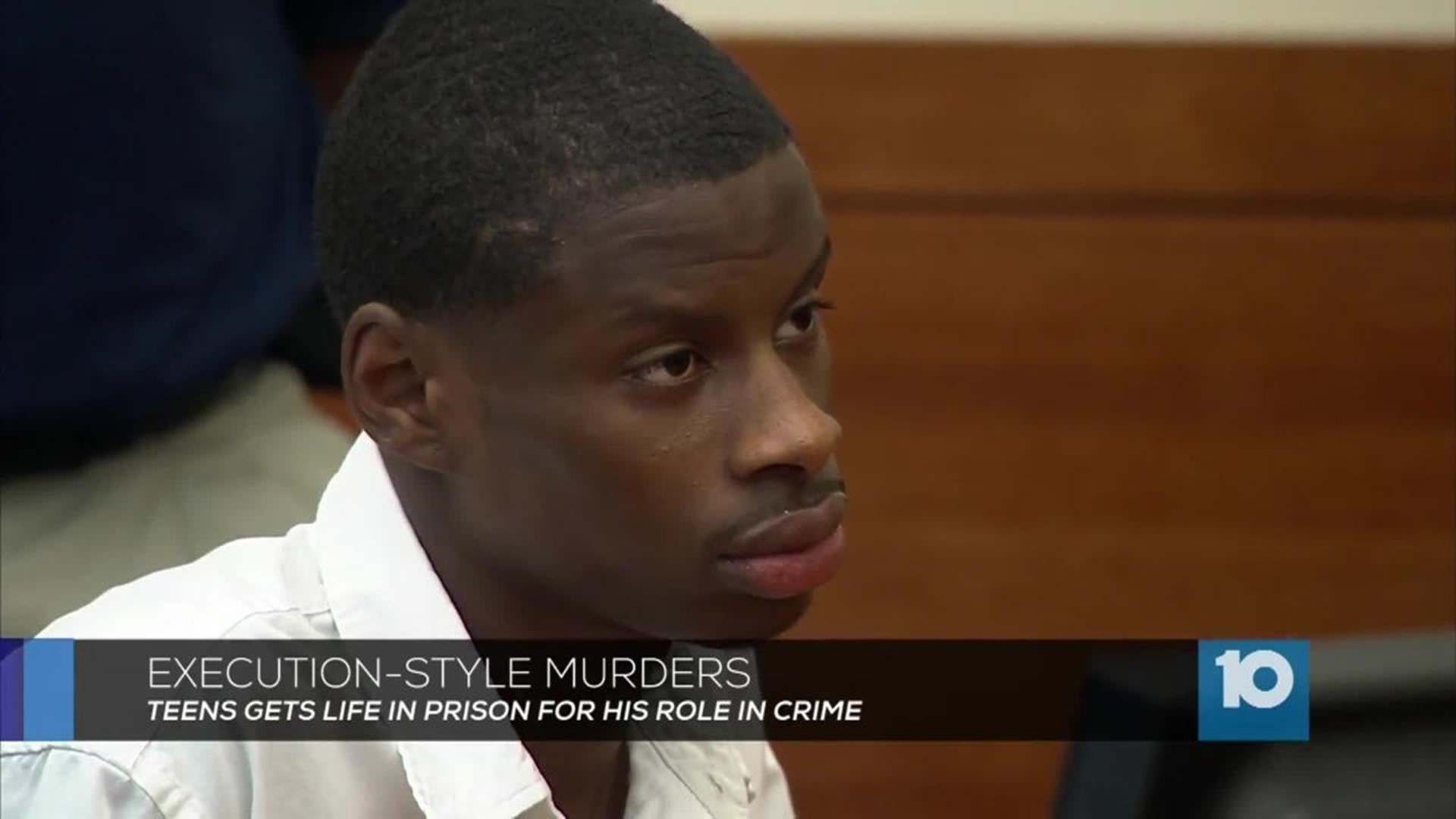 A teenager convicted of aggravated murder learned his punishment Tuesday for the 2015 execution-style murders of four people in a home in South Linden.

Eighteen-year-old Jordyn Wade was sentenced to a total of 172 ½ years in prison for his role in the murders.

The only shooting victim to survive the mass murder, a teenager girl, wrote a letter to the court saying Wade "permanently destroyed my mind, heart, and soul....I will always have a deep, deep hatred for Jordyn Wade...just a little boy who played followed the leader and lost his life."

The teen went on, "...it feels great his life can be taken away, the way he took my sister and father's life."

The family member of another victim wept as she told the court she hopes every day Wade spends in prison is "a living hell."

Wade and 27-year-old Robert Lee Adams are accused of robbing four people at a house on Hudson Street last June and shooting and killing 4 victims.

A fifth victim was shot, but the bullet grazed the teenage girl's head and she survived. The teen testified during Wade's trial that she "played dead" to save her own life.

Wade's defense attorney argued the teen didn't pull the trigger and suggested he was trying to impress Adams.

Prosecutors argued Wade was an active gang member at the time of the murders with a lengthy juvenile criminal record, including aggravated arson at the age of 12.

Prosecutors say when Wade was arrested for the murders he called it a 'frame-up.'

"He's taken absolutely no responsibility. None whatsoever,” Assistant Franklin County Prosecutor James Lowe said. “He has the audacity to say that this was a cover-up.”

Wade is too young to face the death penalty.

The girl’s mother said Wade has the rest of his life to think about all the lives he helped destroy.