"They take over slowly, it's kind of like an epidemic," the property owner said. 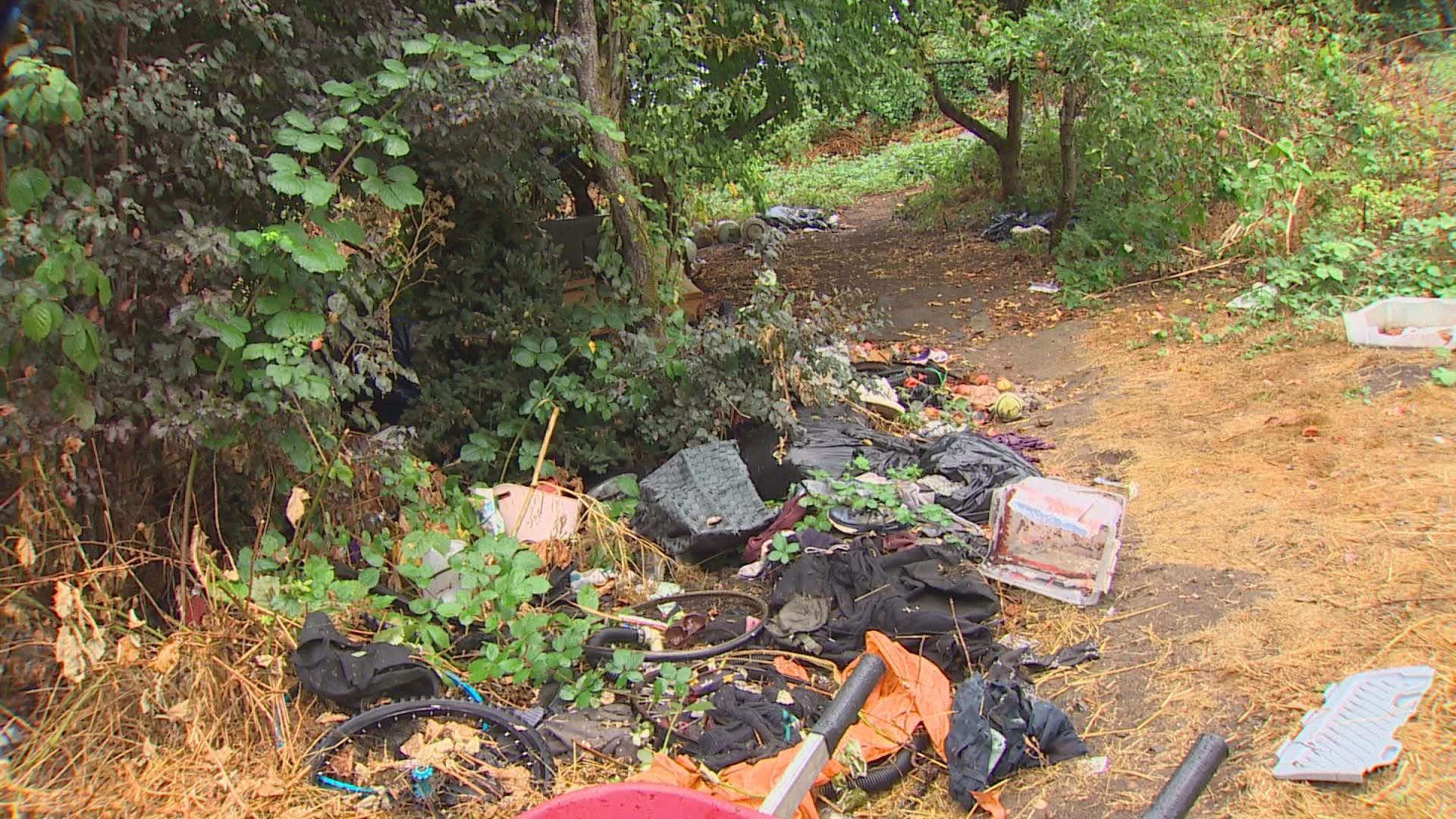 TACOMA, Wash. — A Tacoma man's property has been taken over by a group of homeless individuals that refuse to leave.

John, an 85-year-old military veteran, has owned his property in Tacoma for decades. He did not want to share his last name, but he did share a story that started three to four years ago.

John said one good deed turned into an out-of-control situation when he allowed two women with nowhere to go to stay on his property in an empty trailer he had.

Eventually, that one invite led to a revolving door of uninvited homeless visitors.

"They take over slowly," said John. "It's kind of like an epidemic."

Years later, now John is caught in a difficult situation. Tents, structures built by the homeless, trash, abandoned cars and other debris cover the property outside his home. Not to mention the homeless people living there that come and go as they please.

"I feel like they've taken advantage of my great-grandfather, and I fear for his safety because what happens when we start to get deeper and who is going to be here to protect him if I leave and they lash out in the middle of the night?" said Alisha, John's great-granddaughter.

The city of Tacoma recently took notice of John's property and cited John with multiple code violations. He said the city gave him until Sept. 23 to clear all the trash, debris, structures, abandoned cars and homeless from the property.

"The fact that they came out and did the inspection, that gives me the hammer I need to remove the undesirables," said John.

However, the problem is that the city said neither the police nor city staff can help unless further actions are taken.

The city of Tacoma released the following statement:

"We recognize the health and safety concerns caused by encampments to those living in and around them. The City of Tacoma does not criminalize homelessness. If an encampment is on private property, property owners can file a No Trespass Authorization with the Tacoma Police Department for assistance in removing people from their property. The City also conducts outreach to help people in the encampment identify and find alternative shelter options and resources."

According to Alisha, a few officers did come onto the property due to disturbances caused by the people living there, but she said no resources were offered. Alisha also explained they have called community liaison officers to provide services multiple times but received no response.

"I would actually like to see a couple of them get some services and get help instead of bouncing from camp to camp," said Alisha.

For the Tacoma officers that did come out, Alisha explained they offered conflicting guidance. According to her, one officer said the owner could not touch the belongings of the homeless people living there because they had established residency and that the owner could go to jail for the destruction of property. She explained a different officer said since it was private property, they could take it all down.

However, the city of Tacoma's statement also said there was a "landlord-tenant relationship by reportedly charging rent to the people residing on the property, should this be true, this changes the actions the property owner must take from trespass to an eviction process and limits actions the city can take."

Alisha said John was taking a combined $150 a month from two individuals to help pay for water and electricity, but he said he has not received payment for at least two to three months.

"All I really need is financial help and assistance to clean it up," said John. "I want to clean it up; go back to the way it was."

So far, John has purchased one large dumpster to dispose of some of the debris and trash. He anticipates he will have to buy at least one more, but Alisha said it'll be more like two or three more.

"One container cost him $1,400. His whole social security check," she said.

Alisha has taken leave from work to help her great-grandfather out.

"It's just a lot of work, and we don't have people up here to help," she said. "We need volunteers. Anyone that is willing to come up here and help bag garbage."

John just hopes he can get everything cleared before the city's deadline.

"Eventually, they could take court action and condemn the property and move me into the street," said John. "I would like to get some assistance financially and volunteers."