In Ohio, civil cases involving children of rape expire after they reach 30-years-old. In criminal cases, it's 20 years after the crime. 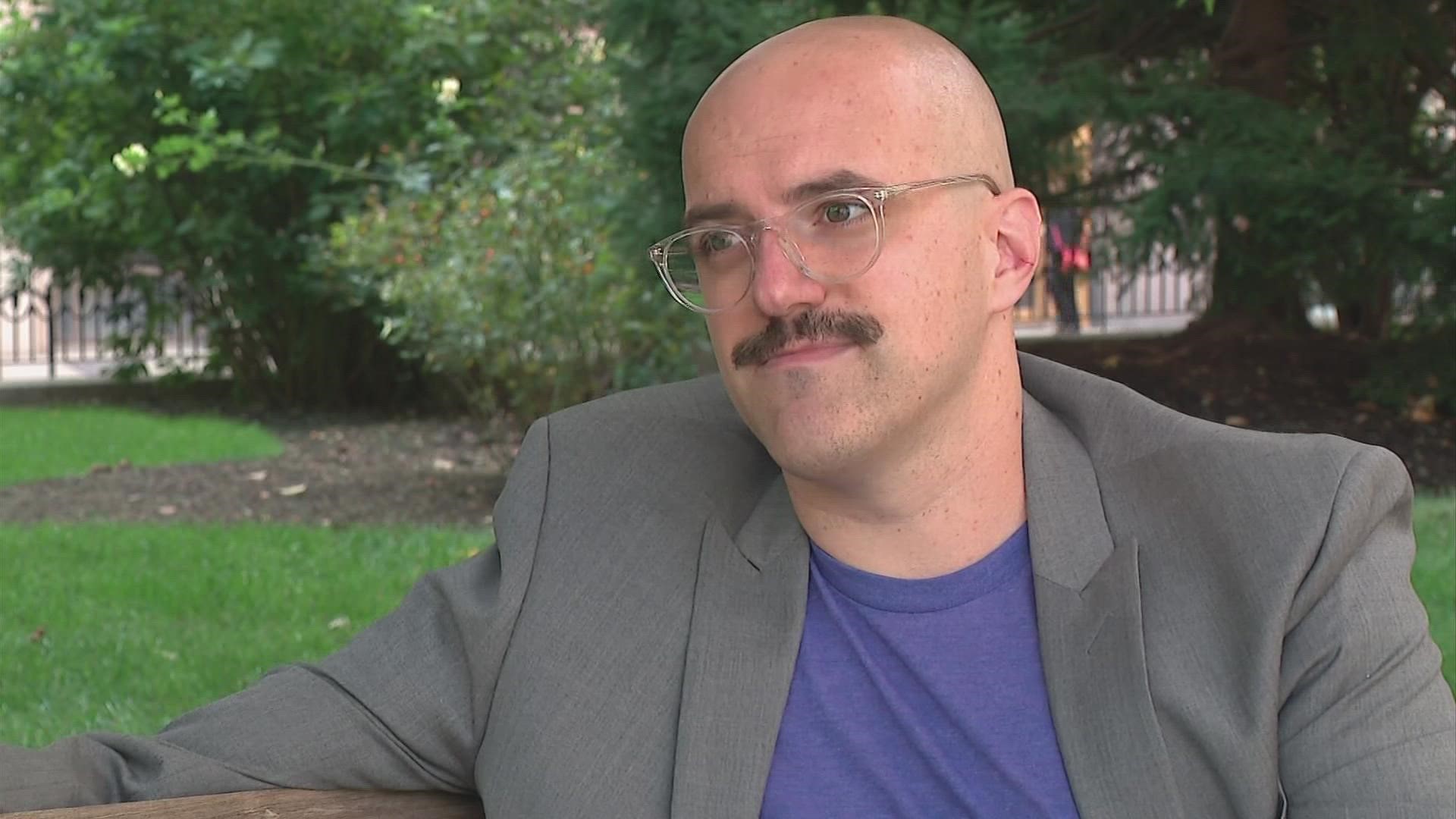 COLUMBUS, Ohio — Chris Graham is on a mission to make sure no other rape survivor has to deal with what he’s had to live with.

He says his life changed when he went to talk to Reverend Raymond Lavelle alone in a Powell church 24 years ago when he was 14.

“I was supposed to hang out with a priest one day. During that service he gave me an enormous amount of wine to drink,” he said.

What happened next, he says, changed his life forever.

“He raped me and after the rape, he asked if I wanted to perform the same act on him and I ran,” he said.

Like most survivors, he says he erased it from his memory. But during the pandemic he says, the crime began to re-surface in his mind.

It was during several therapy sessions that he recalled what he says Reverend Lavelle did to him. Lavelle died in 2015.

The Roman Catholic Diocese admits he was credibly accused. But justice was too late for Chris Graham.

In Ohio, civil cases involving children of rape expire after they reach 30-years-old. In criminal cases, it's 20 years after the crime.

“The average age that someone comes forward that was a victim of sexual abuse as a child is 52-year-old,” he said.

In Graham's case, police investigated and found a woman to corroborate his crime thanks to memories he says came during therapy sessions.

Now, Graham is sharing his painful story with lawmakers in hopes of changing Ohio law.

“I think there's an opportunity for our politicians to be heroes here. They can go out there and save children's lives,” he said.

In May, Gov. Mike DeWine said publicly that it’s time for Ohio to end the statute of limitations on rape and other sex crimes. In June, Attorney General Dave Yost called for the same thing.

Graham’s work to eliminate the statute of limitations for rape in Ohio is supported by those harmed by former Ohio State University Dr. Richard Strauss.

Last month, A federal judge dismissed all of the outstanding lawsuits against Ohio State University that were filed by hundreds of former students and athletes who claim school officials failed to protect them from a sexual predator.

U.S. District Judge Michael H. Watson of the Southern District of Ohio said there was no question that the victims "suffered unspeakable sexual abuse" at the hands of Dr. Strauss and that coaches and other school officials knew about it and did not stop him.

But Watson said the cases could not move forward because the statute of limitations for criminal rape cases in Ohio is 20 years and Strauss preyed on hundreds of men from the mid-1970s to the late 1990s. He died by suicide in 2005.

State Rep. Kristin Boggs (D-Columbus) in April gave sponsor testimony before the Ohio House Civil Justice Committee on House Bill (HB) 199. That legislation would prevent victims of rape or assault from being denied full compensation of their damages awarded by a jury.

“The need for this legislation became apparent after Jessica Simpson who was a teenager when she was raped by her pastor, was awarded $3.6 million in non-economic damages by a jury only to have the amount reduced to $500,000 under a 2005 tort reform law,” said Representative Boggs.

Meanwhile, Reps. Jessica E. Miranda (D-Forest Park) and Tavia Galonski (D-Akron) introduced legislation at the same time to eliminate both the statute of limitations for criminal and civil sex crimes and spousal exemptions for rape, sexual battery, and other sexual offenses.

Under that piece of legislation, it would extend the window for victims of childhood sexual abuse to sue their abusers from 12 years after they reach adulthood to 37 years and create a three-year window for survivors older than 55 to take action.