Tracey Neely is charged with felonious assault and is held on a $500,000 dollar bond. 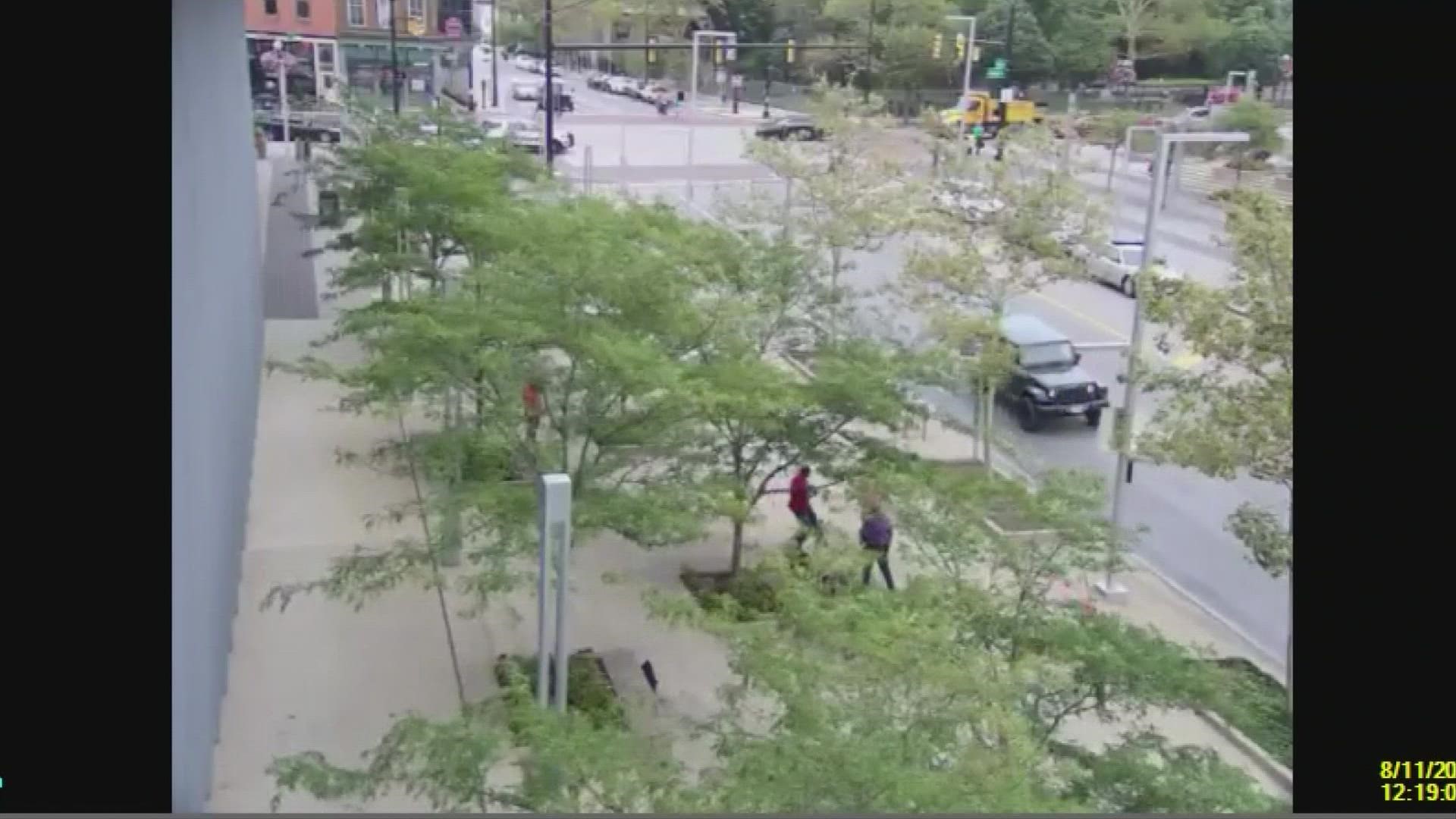 Columbus police officers and Franklin County Sheriff’s Deputies were called to the 300 block of South High Street, just outside the Franklin County Common Pleas Courthouse for a report of a stabbing around 12:45 p.m.

The man told police he was waiting for a bus when the suspect, Tracey Neely, started an argument with him.

Neely charged at the victim, who then pulled out a machete, that he said he uses to clear campsites, to defend himself.

The man said he did not want to hurt Neely, saying he just wanted him to leave him alone, according to court documents.

Police say as the man was backing away from Neely, he tripped, fell to the ground and dropped his machete.

The man said Neely then picked up the machete and struck him multiple times before deputies could stop him.

A spokesperson with the sheriff’s office said a member of courthouse security applied a tourniquet to the victim before medics arrived.

The victim was taken to the hospital in serious condition.

Neely appeared in court Thursday. He is charged with felonious assault and is held on a $500,000 dollar bond.