More than 200 people, including about 80 high school students, tackled the topic of gun violence during a discussion event for The Big Table, an effort spearheaded by The Columbus Foundation. 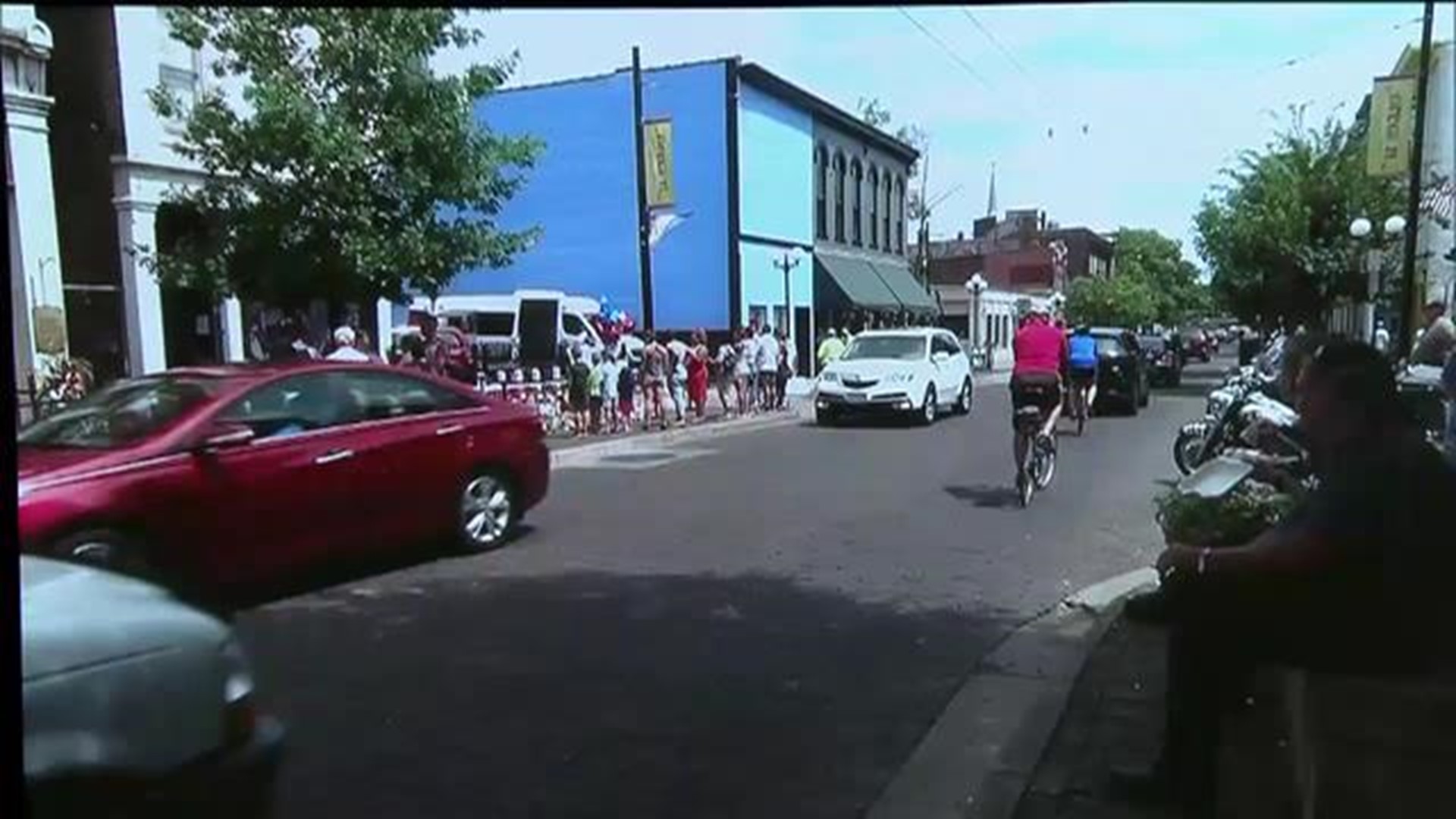 COLUMBUS, Ohio - They gathered in a church basement, where their voices carried, to share food and ideas.

More than 200 people took a seat at one of more than two-dozen tables for The Big Table discussion, one of many that happened across the area on Wednesday. The initiative was spearheaded by the Columbus Foundation.

The idea came from Rev. Tim Ahrens, of the First Congregational Church.

"I woke up on Monday, Aug. 5, and I was undone by what had happened in El Paso and in Dayton, and I just got up and said, we gotta talk with each other, this has gotta stop, this madness had to find a beginning to an end," he said.

And so he called Doug Kridler, the president and CEO of The Columbus Foundation.

Just a few weeks later, the list for the discussion on gun violence was full.

Rev. Ahrens knew he wanted the discussion to be led by young people. Around 80 were there on Wednesday, mostly from Fort Hayes Metropolitan Education Center and Mosaic, a project-based curriculum serving juniors and seniors from several high schools throughout Franklin County.

Each table focused on five questions, including what feelings the words "gun violence" invoke and how to effectively address gun violence.

The voices and discussion were varied, but at the end of the talk, they shouted out words to keep in a mind -- hope, vote, action -- to inspire the crowd to take the lessons learned and put them into action.