Students at Zane Trace High School had plans for a Pride Week, but it was rescheduled after the school got pushback from angry parents. 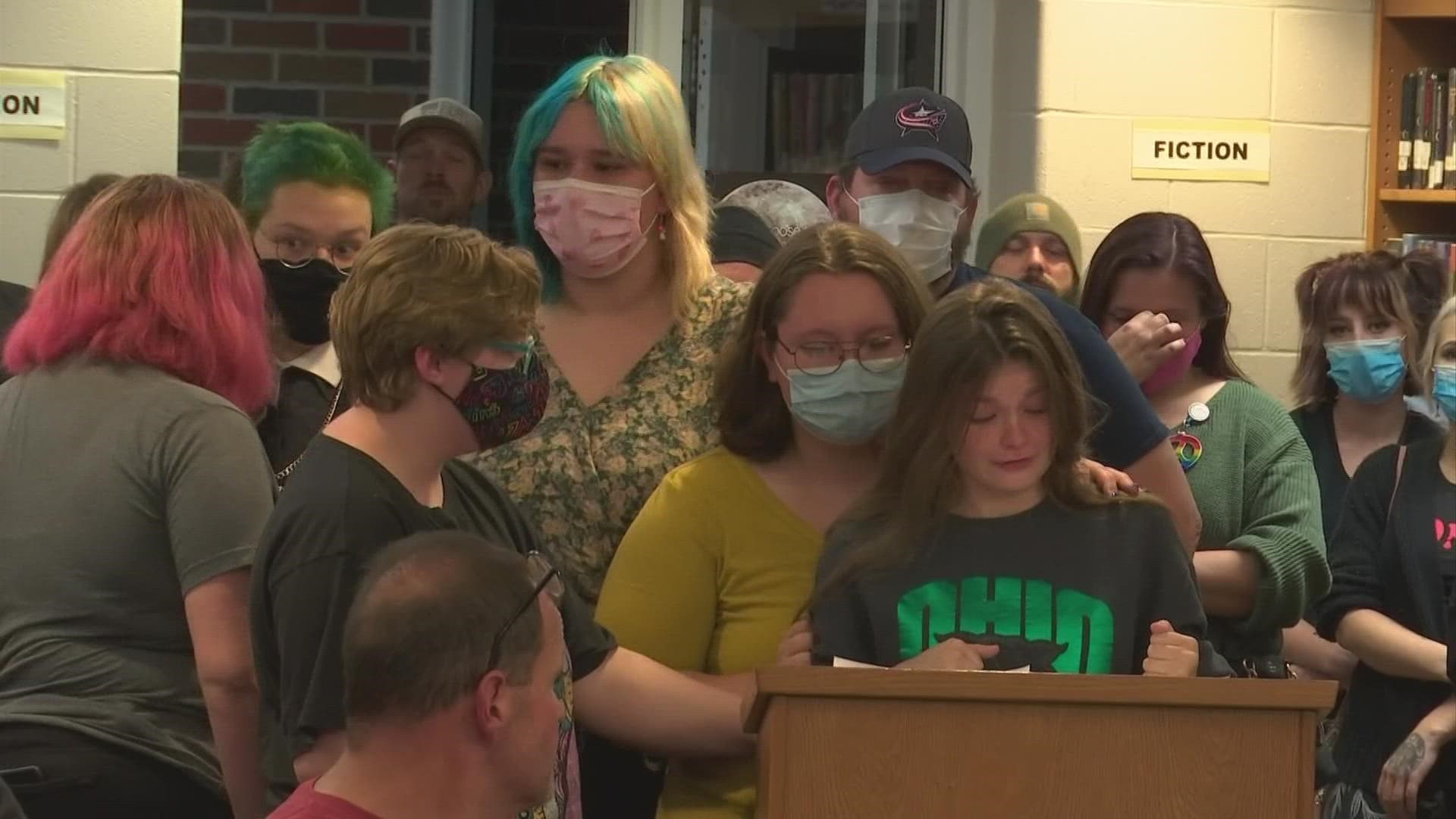 That's where Senior Rebecca Allie and her peers stood up for what they believe in.

"Queer people at Zane Trace are discriminated against on a daily basis,” Allie said.

Allie is the president of the Gay-Straight Alliance at the high school. This week was supposed to be the school’s first “Pride Week," with each day celebrating a theme representing Pride.

"We've been working on it since the first meeting of the school year, which was the second week of school,” she said.

But the week was postponed by the school board, who said they postponed the week to address misinformation that has been spread through social media.

Some students said the comments were hard to read.

One student said while wiping tears away, "I was one of the queer kids who was hurt, disgusted and in disbelief. Every last comment broke my heart. It was the fact that it was adults... parents.”

A grandmother voiced her concerns at the meeting and said, "I think that children are not equipped emotionally to make life-changing decisions. Those decisions, especially their sexual preference, should be discussed with parents.”

The Board did send out a statement to address the reason for postponing Pride Week:

"The Administration and Board of Education decided to postpone the Pride Week in order to address misinformation that had been spread via social media. The Zane Trace Gay-Straight Alliance is a student-led group that was board-approved in 2016. Zane Trace has been and will continue to be supportive and committed to the social and emotional needs of all students.  Plans to reschedule Pride Week on Nov. 29 have been formulated."