When Jonathan Peterson couldn’t celebrate his milestone birthday, the community stepped up to support him. 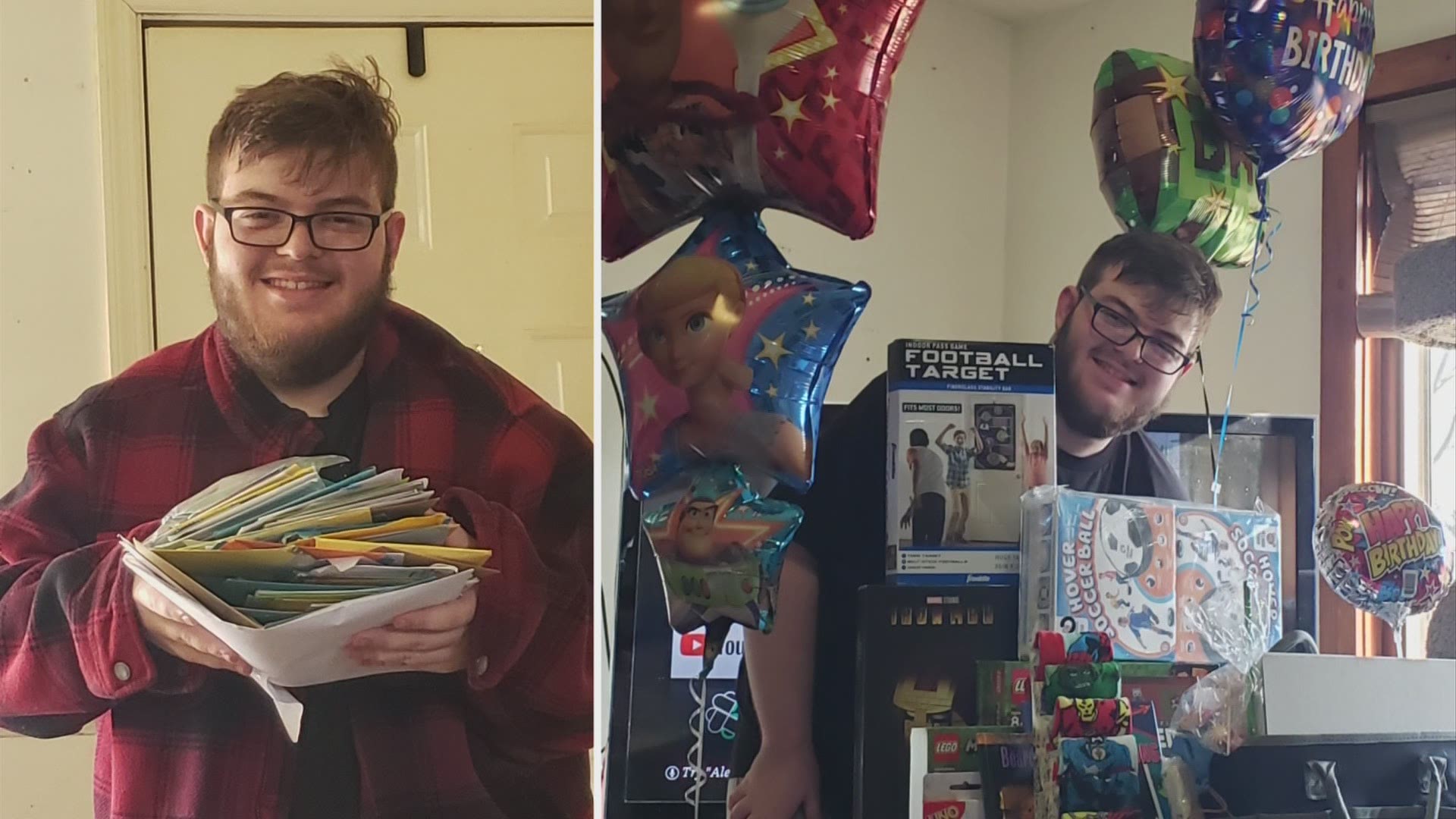 COLUMBUS, Ohio — Most of us had to celebrate a birthday during the pandemic. Gatherings have been scrapped or canceled, and the thought of the tradition of blowing out the candles seems difficult to understand now.

Jonathan Peterson had to cancel his yearly trip to Dave and Buster’s with his family. Peterson says his mom, Michelle Wood, is in the high-risk category so a small celebration at home was inevitable.

“I just wanted to do something,” said Peterson. “Just get out of the house and have fun. Even go for a drive.”

Wood said it was heartbreaking to see her son so sad leading up to his 18th birthday. As for celebrating she was almost out of ideas when she reached out online to see if anyone in her Delaware community would send him a nice note or a card.

“I just had written a post that my son was going to be 18,” said Wood. “He doesn’t know a lot of people because he’s autistic and he goes to school online with the Autism Scholarship so it wasn’t like we had a lot of friends that we can chitchat with.”

Woods was hopeful that a few letters would appear in the mailbox, enough to lift his spirits until they can one day return to the entertainment restaurant.

The response was overwhelming.

Peterson says the total count is 160 and climbing

“I’ve read every single one of them. And that’s only so far, they still keep coming in. I got some in the mail this morning,” said Peterson.

Peterson explained he will try his best to respond to every gift that had a return address.

“Thank you very much. This has been my most special birthday yet when I expected it to be my least. And it made me very happy when I’ve been down lately.”

A response Wood never dreamed would have been so grand and kind.

“Thank you so much for everybody. You made my baby’s birthday extra special and that means the world to this mama.”