Erin Donnelly called 22 central Ohio restaurants trying to find a Thanksgiving staple, and it’s not what you think. 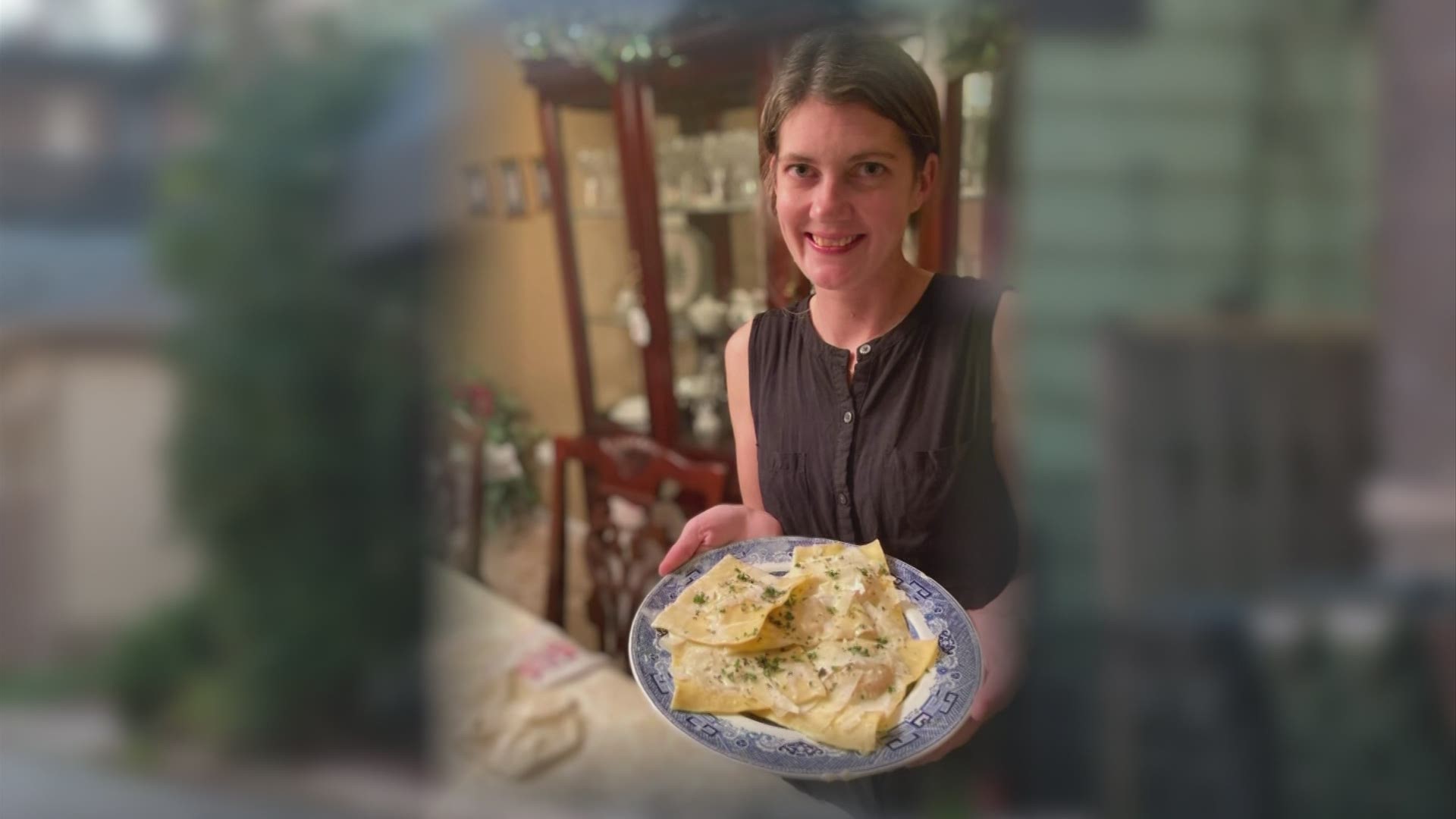 COLUMBUS, Ohio — In 2020, it seems no matter our efforts, we’re prone to disconnects.

“He was furloughed right at the beginning of March,” Erin Donnelly said. “And then I lost [my job] a couple weeks after.”

Both Donnelly and her husband, Warren, are victims of COVID-19 cutbacks.

Both have found new jobs, but the parents of Avery, 12, Finn, 9 and Kyleen, 3, say every day they hold their breath.

“Every time DeWine has a press conference we’re at the edge of our seats wondering if we’re going to be able to work,” she said.

With so much given comes a need to take.

“And I just became determined that I didn’t want to lose this,” she said. “This one thing I wanted to have.”

Donnelly guesses for the last 25 years she’s found comfort in a certain dish; a Thanksgiving staple more important to her than stuffing or even turkey.

It’s a pumpkin ravioli her aunt Kim in Pittsburgh makes, which consists of alfredo sauce, shaved parmesan and parsley.

Because of COVID, Donnelly and her family couldn’t head east for the holiday, so she made some calls, locally, trying to find her favorite meal.

A lot of calls. Almost two dozen restaurants and no luck.

“I think I just had so much taken away from me from COVID that I wasn’t going to let it win on the pumpkin ravioli,” Donnelly said.

One of those restaurants was Basi Italia in Columbus.

At first, an employee told Donnelly they don’t offer that dish. The employee pointed Donnelly in a hopeful direction but told 10TV “as we got off the phone, I could hear the defeat in her voice. It was clear that her sadness went well beyond ravioli, beyond food.”

That employee says something made her go back to her chef and ask if he could hand make something and she says “he didn’t blink an eye – I believe his exact words were ‘whatever we can do’.”

It was more than ravioli to Basi’s, also, who said it “reminded us that we can still do good things for people. Small acts of kindness go a long way.”

“Yeah, it was definitely made with love, for sure,” Donnelly said.

A connection of kindness and compassion; something not even 2020 can take away.

Donnelly says she took that employee and the chef at Basi Italia a potted poinsettia as a “Thank You.”