Stopping an Active Shooter: How a top-secret computer lab is giving police an upper hand 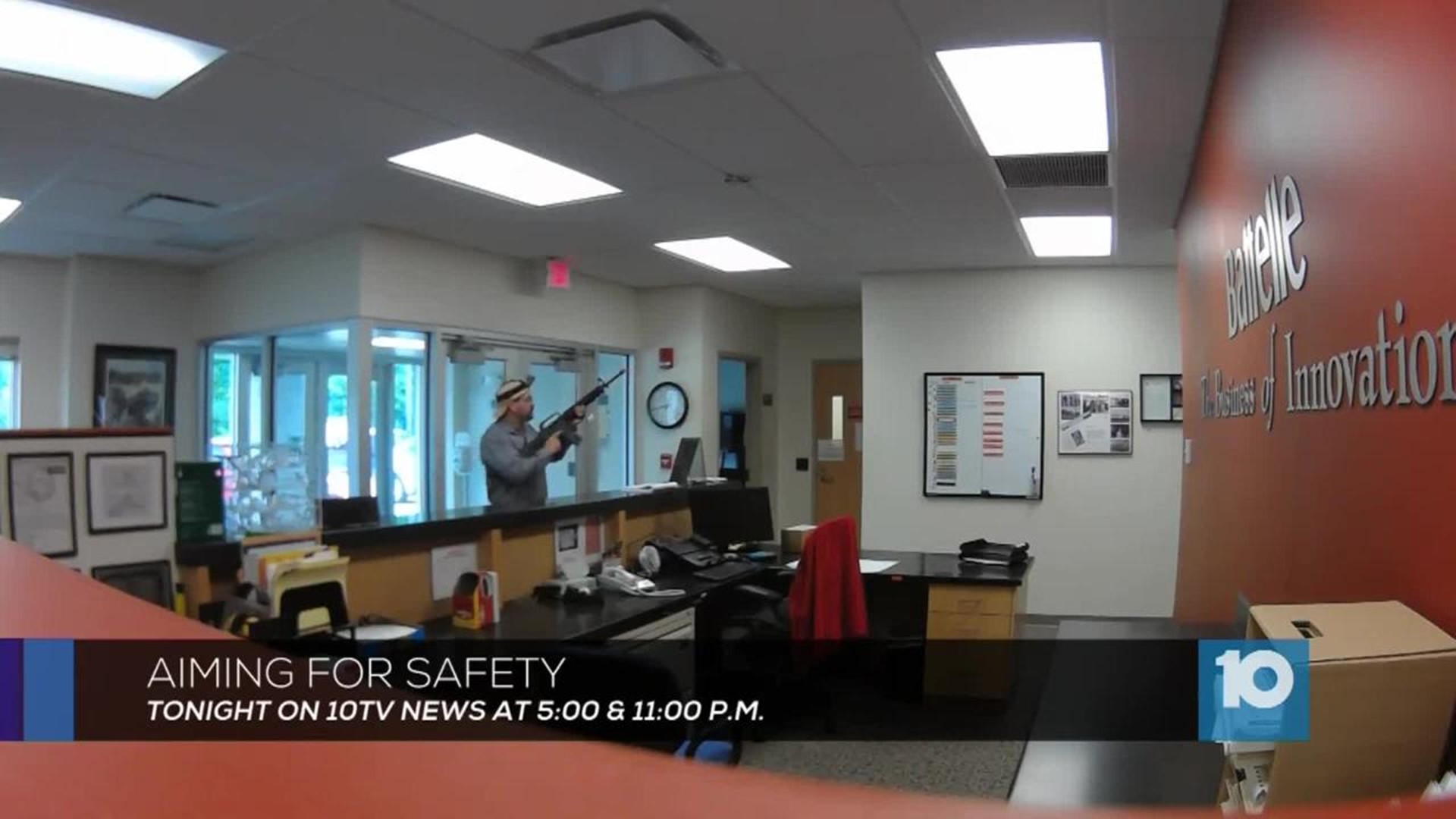 A school shooting in Chardon, Ohio. The Pulse Nightclub shooting in Orlando. A Movie Theatre Shooting in Colorado. These shootings have left first responders with a puzzling question: How can we reduce the carnage and deter a gunman from choosing these places to carry out their crimes?

Columbus based Battelle labs decided it was a question that needed to be answered.

“The sooner law enforcement can be alerted and directed to the shooting location, and the more information they have as they respond, the more lives can be saved,” said Edward Jopeck the developer of SiteGuard Active Shooter Response program.

According to the FBI, more than half of all shootings are over before police even arrive. To save lives, the victims must be alerted and must escape from the shooter’s path faster, and police must have the information to neutralize the threat much sooner.

"It will actually provide a dot on the map for the current location of the shooter and as that shooter may move on and continue to shoot in other parts of the building the system automatically follows providing a bread crumb trail of gun shots" says Jopeck.

When shots are detected inside a school, mall or office building, the computer wakes up alerting a police dispatcher to send officers.

"That officer can go immediately to where he's needed first" says Jopeck about the possibilities.

The computer allows dispatchers to see exactly where the shooter is in the building and it using its gunshot detection technology it can detect the type of weapon used to inform police what kind of firepower they are up against.

Battelle developed what can be described as super-sensitive ears that are placed inside a building similar to a smoke detector. These sensors are designed to distinguish between gun shots and other loud sounds like the slamming of a door. What is also unique about this technology is that in operates in real time. The computer not only follows the gunmen via a buildings security cameras, it also counts the number of shots, and sends an audio alert through the building using its intercom system to let employees know they are in danger.

“So today, most schools and most government and office buildings are perfectly vulnerable to this type of attack,” says Jopeck.

He believes this computer program could deter a gunman. Police say the more they know about the gunmen, the better chance they can end the slaughter sooner.

"When someone is shooting at people you know we can lose numerous lives within 5,10, seconds,” says Deputy Chief Richard Bash of the Columbus Division of Police.

The Active Shooter Response program could reduce the number of fatalities by 65%.

He says this system can change that advantage. "The advantage police have is that they can go directly to where the shooter is without having to search door to door hallway to hallway.”

Which is why Columbus police are intrigued.

Lives that may be saved by a computer whose ‘ears’ never sleep, and can give those under attack a warning to barricade or flee before police arrive.