One man was arrested and chemical agents were used at a protest at CPD headquarters Tuesday night. 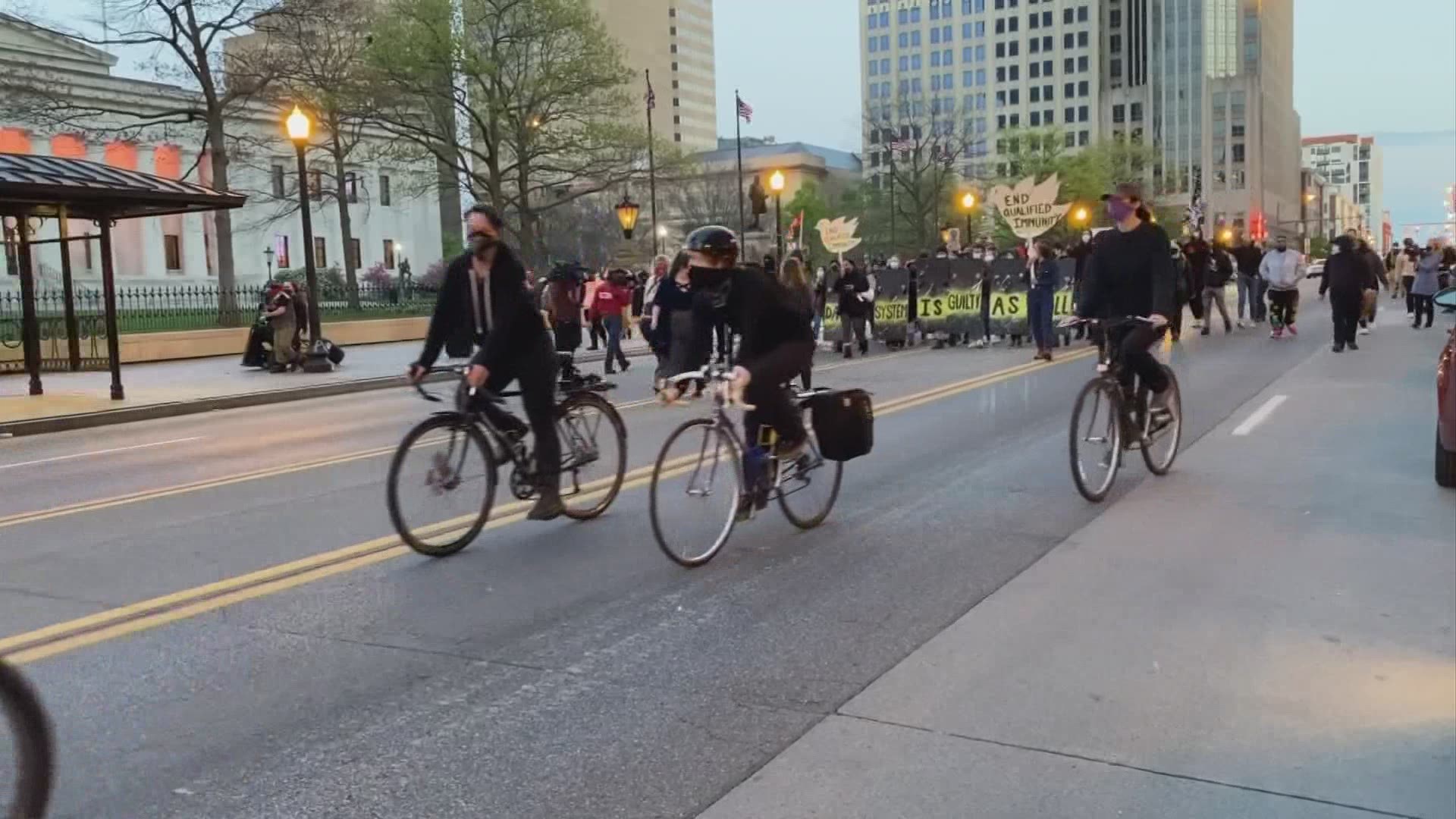 Protest organizers read a statement saying they attempted to get inside CPD headquarters to stage a sit-in. The sit-in was in honor of George Floyd.

When protesters approached the door, it was locked with handcuffs. A protester pulled on the door and the handcuffs came off.

Police say a protester, Hunter Mattin, 20, hit a sergeant with a wooden club. Protesters say he was wrongfully arrested.

The protest cleared shortly before 10 p.m.