A list of long-term care facilities with coronavirus infections has been published on the Ohio Department of Health's website. 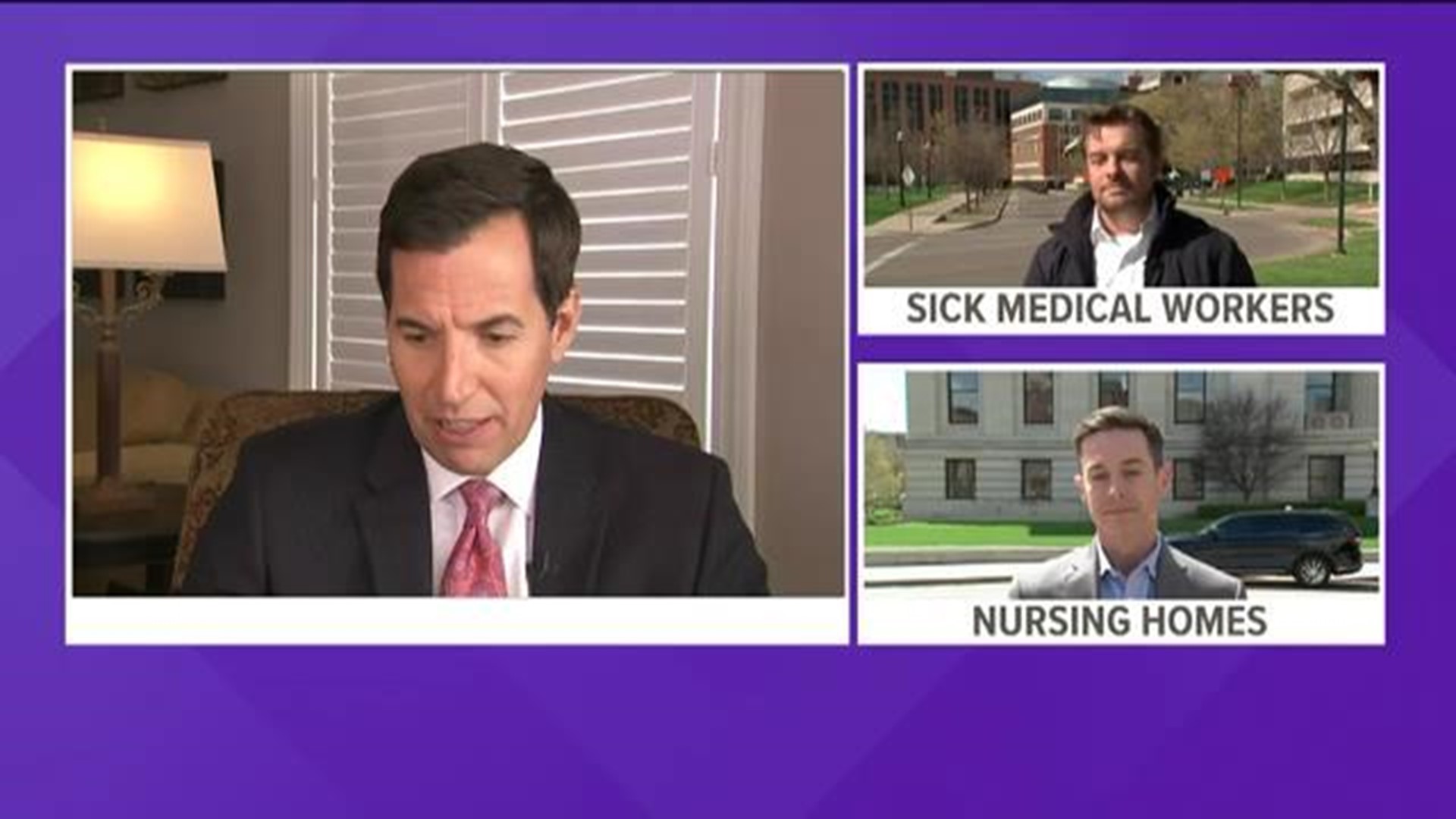 COLUMBUS (WBNS) – While new coronavirus figures have been a consistent centerpiece of daily news updates, the Ohio Department of Health has also provided incomplete and inconsistent data when it comes to COVID-19 infections inside nursing homes.

At first, the Ohio Department of Health declined to release the names of long-term care facilities, opting instead to allow reporters to cobble together figures from county health departments.

Then earlier this week, the Ohio Department of Health reversed course after Governor Mike DeWine intervened and said it was a good idea to provide that information.

The Franklin County Health Department says it’s now been told to report the facility names, their county and the combined number cases of residents and staff. But not deaths.

The Ohio Department of Health has still refused to provide the number of deaths in those facilities – giving the public an incomplete picture of the outbreak among Ohio’s most vulnerable population.

DeWine was pressed about this issue on Thursday – along with why the public has been kept in the dark about the number of ill hospital staffers.

DeWine said, “we’ll look at that and we’ll get back to you.”

When a 10TV reporter posed the question to Dr. Acton, DeWine spoke again, saying: “that’s our answer. That’s Dr. Acton’s answer too. We’re in this together so we’ll consult afterwards and we’ll decide.”

In a reversal of previous policy, the Ohio Department of Health published the names of long-term care facilities in the state where COVID-19 outbreaks had occurred.

So far there have been more than 800 cases statewide among both nursing home staffers and residents.

Based on county health department data, 10 Investigates reached out to several counties and discovered at least 40 coronavirus deaths tied to nursing homes – though that figure is likely higher.

In a letter sent local health departments last week, the Ohio Department of Health cited a commitment to transparency when it decided to name the long-term care facilities, writing: “We know this is a change from our previous reporting strategy. However, the situation is evolving and this decision is being implemented as part of our ongoing commitment to transparency.”

According to the list, larger metropolitan counties like Cuyahoga, Hamilton, Franklin, Lucas all had a large number of cases tied to nursing homes. Franklin County has 25 cases of COVID-19. That doesn’t include one probable death tied to Mill Run Rehabilitation Center in Hilliard – 93-year old Garnet West, identified by her son to 10 Investigates. Mill Run has 10 cases according to the list. Also on the Franklin County list were: The Grand in Dublin; Covalarium of Dublin; First Community Village; Heartland of Westerville; McNaughten Pointe; Villa of St. Therese.

10 Investigates placed calls with the facilities named in Franklin County.

Administrators from First Community Village agreed to talk to us about their COVID-19 infections – which have included 13 cases – 10 residents and 3 staffers. One resident here died.

“This is a really hard situation for a nursing home staff to have to deal with and the loss of any of our residents is hard enough without it being associated with this particular event,” said Denise Anderson, vice president of senior living operations for the National Church Residences.

Michelle Norris, vice president of external affairs, told 10 Investigates that while the reporting of the data is helpful, it’s not as critical for “flattening the curve.” She also mentioned that lots of other facilities across the state have been dealing with COVID-19 cases.

“This is a concern across our state it's not a blame game. It's an ability to understand where this is hitting the most vulnerable,” she said.

10 Investigates also reached out to other facilities in Franklin County but did not hear back.

We did receive a lengthy statement from Heartland of Westerville. A spokeswoman confirmed that the facility had two cases. The statement read in part:

“When we first realized that the NOVEL Corona Virus reached the United States earlier this year, we began putting precautions in place such as checking and monitor for symptoms of the NOVEL Corona Virus for all visitors, patients and employees. Then on March 14, we added more precautions such as eliminating group activities and most visitors except for end of life reasons. We also implemented universal masking of our employees.

The Department of Health notified Heartland of Westerville, a not-for-profit, mission-focused skilled nursing and rehabilitation center, that we have confirmed positive cases of the NOVEL Corona Virus. We know that the frail and elderly are especially susceptible to this virus. That’s why we are in close communication with our local health department, CDC and CMS to ensure we have the latest information and resources available. The health and well-being of our patients and employees remains our top priority.”