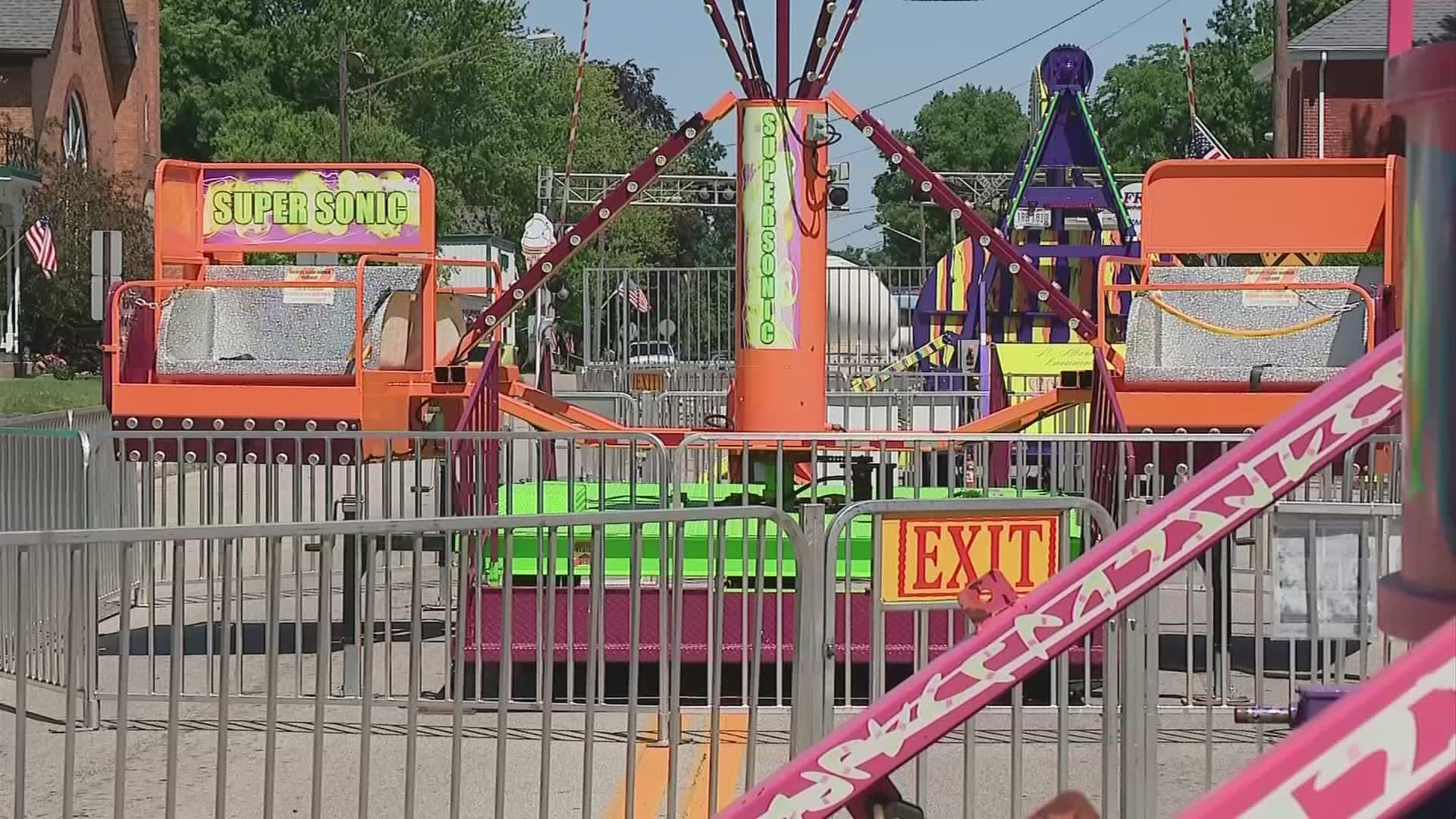 “The intolerable is losing anyone’s life to something that could possibly be prevented,” she said.

Her son, Tyler Jarrell, died almost four years ago at the Ohio State Fair. He was riding the Fireball when the ride broke apart. Seven others were injured. The accident was later blamed on excessive corrosion in a steel support beam.

“Obviously there was a point of having to set the grief of the loss of no longer sharing a life with Tyler the same…that had to be put on the shelf in order to bring about this change,” Duffield said.

Change that is here now.

On Thursday, Duffield joined members of the Ohio Department of Agriculture in Mt. Sterling to show how this new law works.

“I just want to, again, say thank you to everyone that has worked so hard for this,” Duffield said.

Ron Dean is a ride inspector for ODA. He says rides are classified in four categories: low intensity (kiddie rides), intermediate, towers and roller coasters. All of them, he says, are now held to the same standard.

“None of these rides that operate in the state are exempt from this process,” Dean said.

Tyler’s Law requires owners to complete a visual inspection while looking for fatigue and corrosion. Inspectors must also remove access panels to look at the interior, structure beams and connections. If corrosion or cause for concern is found, the owner must contact the ride manufacturer to discuss the problem and fix it. Owners must meet a manufacturer’s minimum requirements before the ride can be operational.

If a manufacturer no longer exists, owners have to turn to a certified engineer to discuss and find solutions. When an ODA inspector is on scene, they are now required to see documentation that requirements are met. That documentation must be completed at least twice a year and stay with the ride its entire life, as well as be transferred to any future owner.

But would it be easy for owners to cut corners and try to make repairs on their own?

“If we see that anything was done and we can’t see a written document stating what that process or procedure was, it’s still a no-go,” Dean said.

As for Duffield, she says her son who had enlisted to be a Marine and wanted to help people, now is.

“This is definitely a fulfillment of what Tyler really was,” she said.

She says Tyler is continuing to make his mother proud.

“Oh, yes, I was always very proud of Tyler’s choices to serve,” she said. “And, this is no different."

Tyler’s Law also deals with rides that are used in Ohio but are also used out-of-state or stored out-of-state for more than 30 days. Those rides also have to be inspected with all the same paperwork before they can be operational in Ohio.